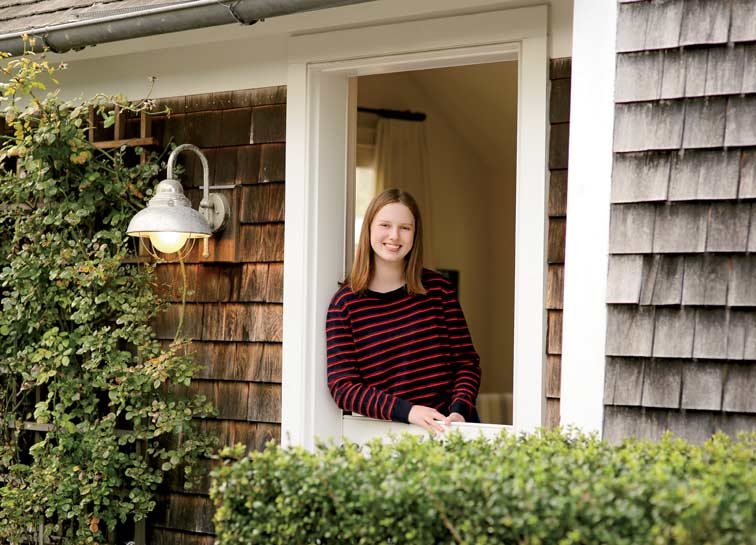 Eighteen-year-old Mariella Satow’s childhood interest in sign language has led to a remarkable innovation, SignUp, which makes television and movies accessible and meaningful for the Deaf and hard-of-hearing.

SignUp Google Chrome Extension offers a visual option of interpreters appearing in a small box as an accompaniment to media and can be used in place of or in addition to the traditional standard of closed captioning text. The concept has been welcomed by Disney and Netflix and is offered in American Sign Language (ASL) and British Sign Language (BSL). So far, Satow has hired 200 interpreters and 12 engineers to work with SignUp.

“When I was in 11th grade and launched SignUp at the end of last summer, it went viral overnight with 20,000 visits to my website,” exclaims Satow. She earned the seed money for the website by dog walking in her neighborhood. “I put up tons of ‘dog walker’ flyers but only received one call back and it was from Bobbi Brown.” The famed make-up artist (featured in Sheridan Road last year) hired Satow to walk dogs, and later as a model for the beauty line Jones Road. Raised in New York City, with some of her upbringing spent in Chicago and then boarding school in England, Satow is well-traveled, wise, and worth watching. Below she shares what it’s like to be a young entrepreneur and an “influencer” in the best sort of way. 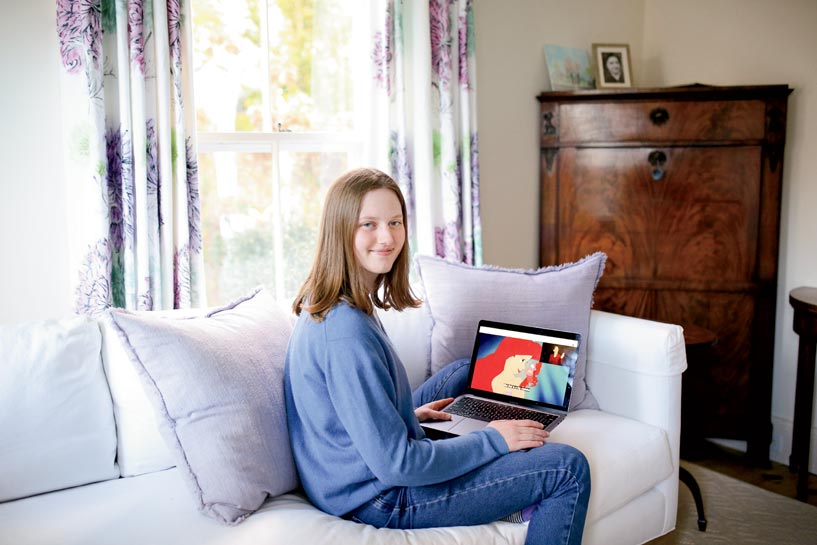 Satow with SignUp version of The Little Mermaid

It goes way back—to fifth grade. I was in a supermarket with my mother and she sent me to look for marshmallows. I asked a man who was stacking shelves but he did not respond. He then noticed me and pointed to a pin that said “I AM DEAF.” I remember his apologetic look and also feeling confused that the responsibility was on him to hear and speak, rather than on me to use sign language. I went home and started watching YouTube ASL videos.

Like many people, I had time to pursue a new interest in 2020, and I started taking ASL classes, formally, online. I absolutely loved it and I appreciate what a positive language ASL is. Sign language requires much more engagement with the person with whom you are communicating. You must look them in the face and watch, not only their hands but their body language too, to really understand them. I gradually became more proficient.

How did the concept for SignUp develop?

As I started practicing ASL, I found it difficult to find free and entertaining educational resources. To help with my Spanish studies I watch telenovelas but found nothing similar for sign language. My original idea was to create SignUp as an educational tool but the project took its own direction and me along with it. After learning that fewer than half of Deaf children in the United States reach the expected standard of reading by middle school, I realized that SignUp could provide media accessibility for the Deaf community that had not been offered before. SignUp provides an alternative to closed captions on movies and TV shows for children who may not be able to read or read fast enough. As the project developed, it also became clear that some adults, whose first language was ASL, preferred watching sign language captions to closed captions. I did a lot of research—polls on social media, cold-calling, contacting teachers of the Deaf and Deaf influencers— and spent a lot of time gathering feedback about my idea. The response was overwhelmingly positive—I am pleased to say! 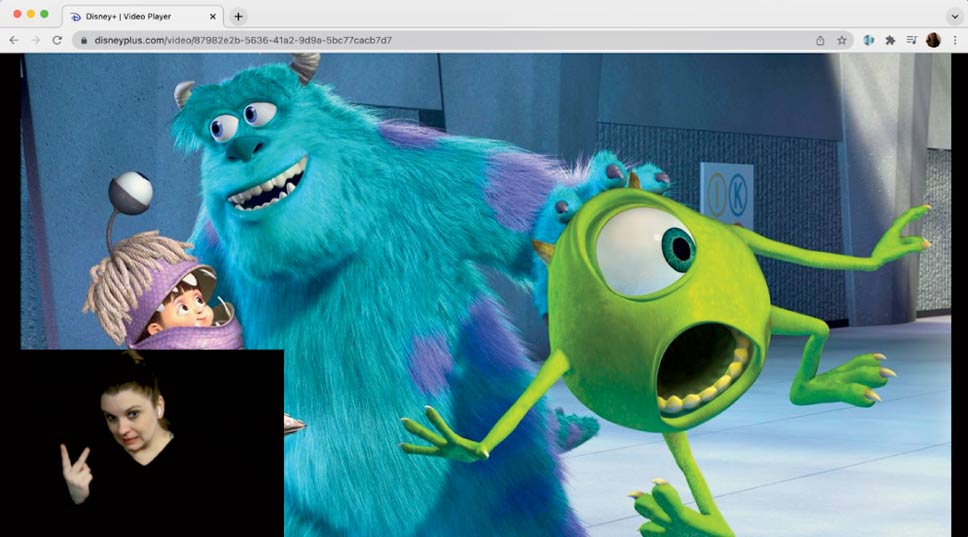 Are there varying inflections in Sign that are regional just as there are with vocal dialects? Do you plan to introduce SignUp in other languages?

Like spoken English, each region has different accents, different signs for the same word, and even different speeds of signing. There are more than 300 sign languages worldwide so SignUp has an enormous opportunity for scale. Something I find particularly discriminatory is that when a new movie appears it is immediately translated into so many languages, but not sign language. It affects me that Deaf children are not experiencing things that hearing children have access to. This is significant because, according to the World Health Organization, 432 million adults and 34 million children—over 5 percent of the world’s population have significant hearing loss.

We launched SignUp UK two weeks ago with BSL. Partnering with a charity called Deafness Support Network, which supports people with sensory loss in the U.K., they helped find and screen BSL interpreters for us. We have had an amazing reception from the Deaf community there and are also planning launches in India and Pakistan with IPSL and Australia with Auslan.

You are currently taking a gap year before starting at Stanford next fall, what are your goals for the business during that period?

I just started my seed round and am trying to raise $1 million to fund the company’s growth. This will allow me to continue to expand to different platforms, languages, and devices and employ more people from the Deaf community. In response to requests from teachers, we launched interpretations of movies like A Wrinkle in Time and Inside Out for this school year.

Did you know that you wanted to be a CEO and Founder of a company?

No, I didn’t but I really like being the spokesperson for SignUp, presenting my ideas, and collaborating with other companies and charities. I have experienced some ageism but if people can get over my age then I find it very stimulating to hear about their skills and experience and determine if we might be a good match to work together. I didn’t expect so many people to reach out to me offering help—people have been overwhelmingly generous and kind.