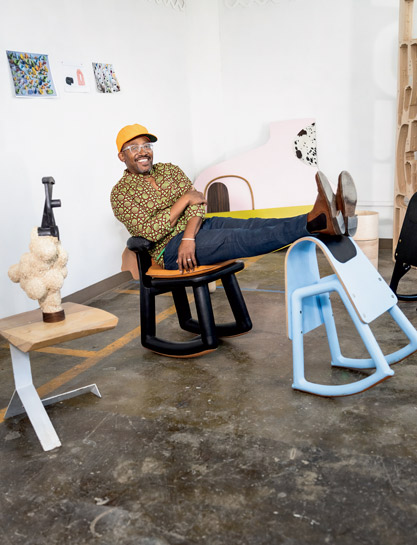 Not everything needs a function, artist, designer, and educator Norman Teague often tells his students at the University of Illinois Chicago. It just needs to be beautiful; that could then be its function. Yet, Teague’s art and custom furniture are often a combination of the two.

“My motivation comes from reflections that I have on growing up in Chicago,” says Teague. “Right now, I’m trying to think about design objects through the lens of being African American and what that looks like in a modern context.”

Teague focuses on projects and pedagogy that address the systematic complexity of urbanism and the culture of communities. Past projects have ranged from public sculpture and retail spaces to consumer products and performances. In all, Teague primarily works with locally sourced building materials and local fabricators to create objects and spaces that explore simplicity, honesty, and cleverness. 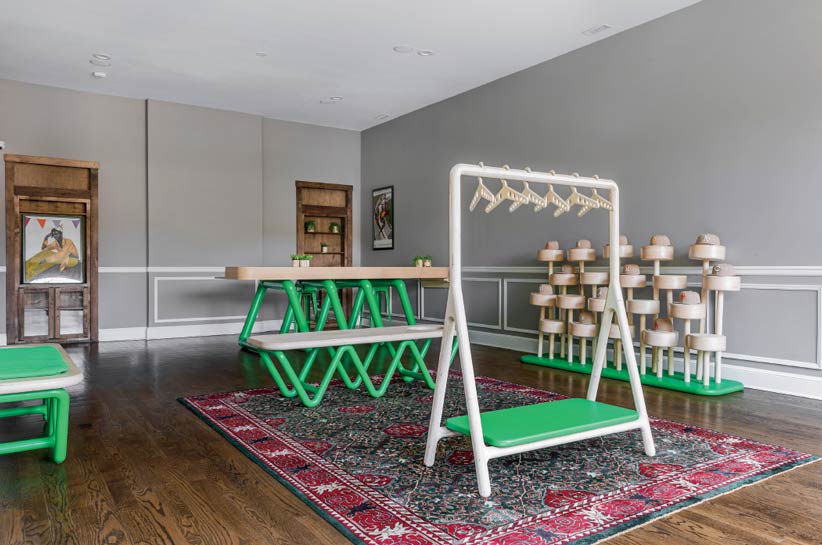 Take, for example, the Self Portrait he created while studying at the School of the Art Institute of Chicago. It’s an oversize ash wood and bending plywood bookcase—modeled after high-profile rims—that plays with form and composition to shape a narrative.

“I really had to think about what I wanted to say,” explains Teague of the piece. “I was pissed and hurt, and this was my way of sharing that history. There are other little Black boys out there who need to know that other people hurt, love, and desire the same way they do. It was a passion project.”

Teague first began to think of himself as an artist when his uncle Alfred taught him how to draw a face as a young child. He calls that moment his inspiration for later studying drafting and architecture in school and for eventually pursuing continued education at Harold Washington College then Columbia College Chicago, where time in the school’s woodshop led him to consider a career as a designer. 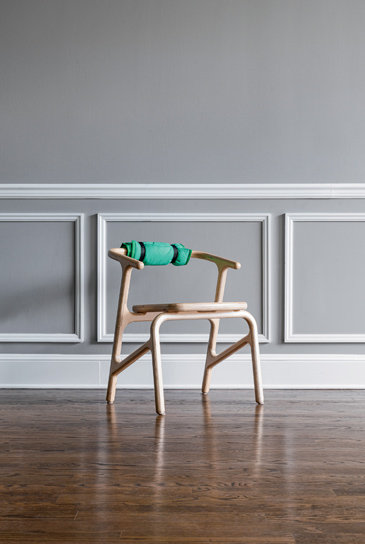 “Most of my career until that point I had worked under an architect or interior designer,” says Teague. “I was what one might call a ‘CAD worker.’ It excited me to have the freedom to go from initial idea to mechanics to final build. This experience was probably the most valuable time I had at Columbia and, before I graduated, I rented space and opened my first studio.” 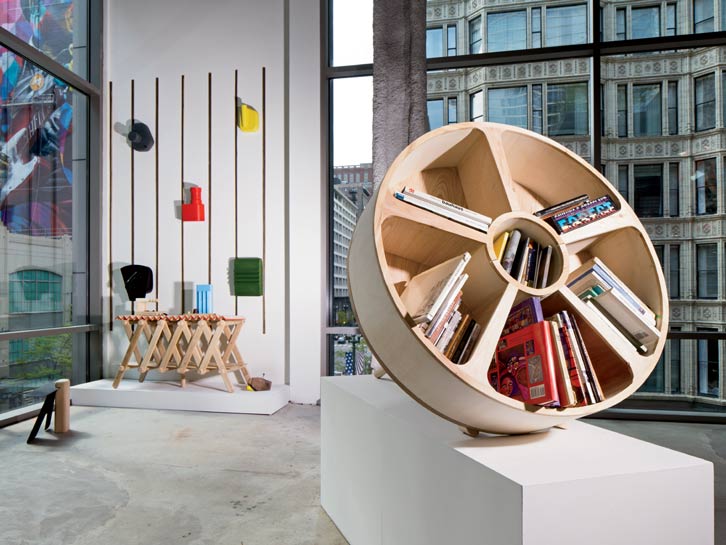 He worked on a variety of local projects with small businesses to start, flexing his creative muscles, and making a name for himself in Chicago and beyond.

Fast forward to today, and Teague’s work is exhibited in the permanent collection at The Art Institute of Chicago—and in the collections of 16 other museums and art organizations across the country including MOMA and Carnegie Museum of Art. He partnered with museum exhibition design firm Ralph Applebaum Associates to concept the early stages of storytelling and furnishings for The Obama Presidential Center. He’s working on building a design center for artists of color on Chicago’s South Side. Teague is also in the process of creating a piece for New York-based gallery R & Company and is designing two chairs for iconic furniture brand Knoll. And soon, he will debut an exclusive exhibition at The Art Center Highland Park. 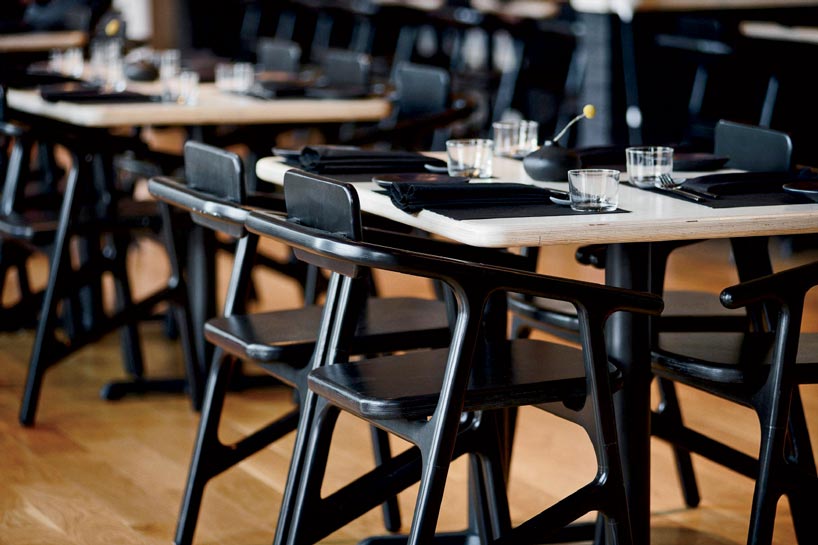 “What I like about Norman’s work is how his pieces are contemporary art as well as furniture and industrial design,” says Yumi Ross, president of The Art Center Highland Park’s Board of Directors. “He pushes against preconceived boundaries and invents new intersections between disciplines. He is an utterly unique voice, a visionary.”

Teague and Ross first met through renowned visual artist Amanda Williams, who worked with Teague on The Obama Presidential Center’s exhibitions design team. Ross later served on an Art Institute of Chicago’s board when it voted to acquire Teague’s Sinmi stool for the permanent collection.

“I’m doing a few limited-edition and one-of-a-kind pieces for the show,” says Teague. “It’ll be a mix of all new furniture and objects. I need it to simmer. That’s how I like to work. It’s like a good stew; it needs to sit for a bit. You want a good intro, a beefy middle, and a sexy conclusion.”

Ross adds, “I recently visited Norman’s studio and got a sneak peek at some of the work he and his team are creating for The Art Center. What I saw was thrilling. He challenges viewers to look at art and design in new ways.”

He challenges his students to do the same. Teague is currently an assistant professor at the University of Illinois Chicago on the tenure track and says it’s supremely important to him to “be in a teacher capacity” as often as he can.

“My work is on display for that reason, too,” explains Teague. “Other people get to see this dude from the South Side who had all sorts of growing pains but stuck to his guns and now gets to do what he loves for a living. It’s a very precious place to be. I like to be in front of people in a happy light. We get enough Black men in front of the camera in an unhappy one.”

There is a bit of pressure in that, too, he says. But even though his work comes from a “hurt place” sometimes, the pieces are a reminder of moments throughout his life and his feelings during those times. 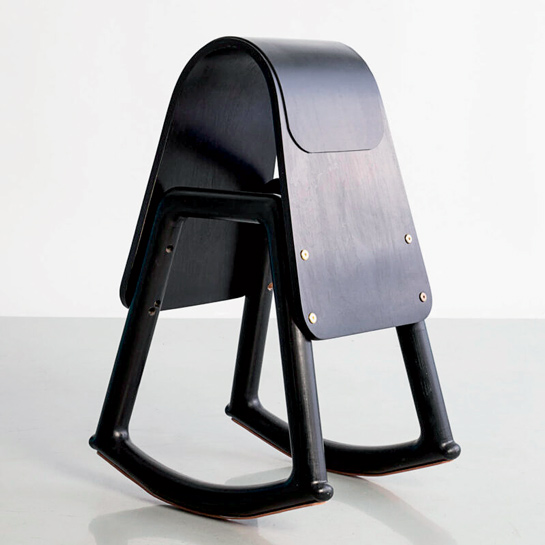 “Chicago’s South Side is an epicenter for great artists of color,” says Ross. “In addition to his amazing talent, I deeply appreciate Norman’s commitment to opening doors for fellow Black artists and designers, particularly on the South Side, and his mentoring of students considering careers in art and design.”

Adds Teague, “If it touches anyone, then I’ve done my job as a maker. Hopefully 20 years from now, when a young Black man or woman is reading a design history book, they get to see someone who looks like them and see good work coming from that person. I hope I’m setting some sort of a bar.” 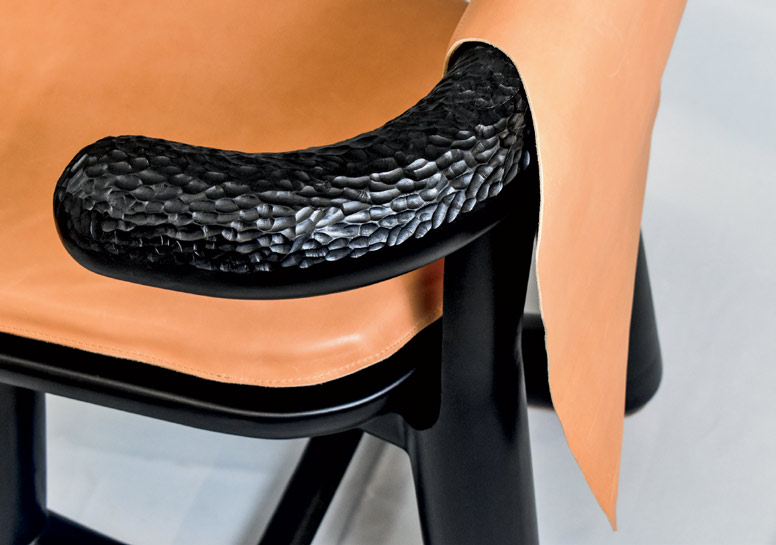 Africana Rocker, 2021 and leather by Yohance Lacour YJL. For sale at R & Company