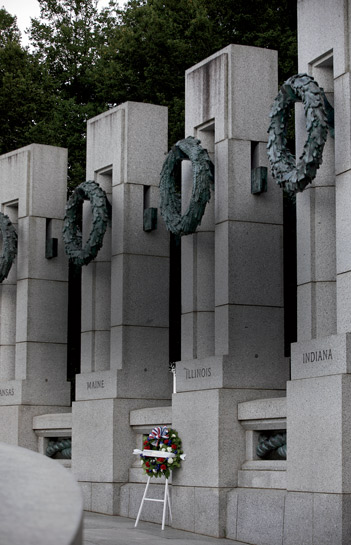 Vietnam War veteran Lonnie Givens Sr. could have visited the three-quarter replica Vietnam Veterans Memorial on a number of occasions when it arrived in the Chicago area on “The Wall That Heals” Tour.

The North Chicago native and Gurnee resident chose to skip the opportunities.

No wonder he had some reservations about applying to go on a tribute flight when he first heard about the program from Lake County Honor Flight co-founder Paula Carballido more than three years ago.

Lake County Honor Flight celebrates America’s veterans with a multi-day trip to Washington, D.C., to visit the memorials dedicated to honor their service and sacrifices. One of 129 Honor Flight hubs in the nation, Lake County flies its heroes from Milwaukee Mitchell Airport to the nation’s capital three times a year (April, August, and October) at no cost to the veterans. Lake County Honor Flight pays the approximate $1,300 cost for each veteran with dollars raised via fundraising.

“The animosity I faced in my country, after serving it and thinking I wouldn’t survive in Vietnam, stayed with me for decades,” Givens says. “The names they called me … awful, just awful.

But he relented earlier this year, opting to sign up for Lake County Honor Flight’s August 19-21 trip. Listen to him speak about it and you’ll discover, in no time, that it ranks as the best decision of his life by a couple of country miles.

“I got off that plane in D.C., and as I neared the baggage area, I saw so many people greeting us,” Givens recalls. “There had to be 300, maybe 400. Mind-blowing, heartfelt. I looked around at the faces of my fellow veterans and saw stunned looks.

“We hadn’t seen that kind of support upon our return from the war, so you can imagine how appreciative all of us were that folks we’d never met showed their genuine appreciation for the time we spent as soldiers.” 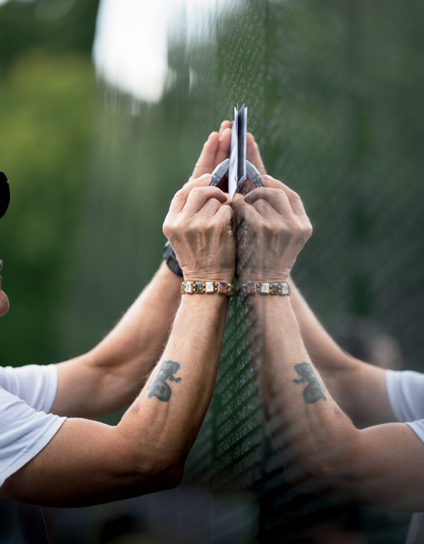 The journey got better from there, as well as more emotional. Givens scanned the vast number of names on the Vietnam Veterans Memorial and stopped at three of them. Three brothers-in-arms.

His eyes welled up thrice.

“Memories flooded back at that wall, each time I recognized a name,” Givens says. “Truly humbling. What also moved me that day was the way I was treated: It was like I was the only one in town, and everyone went out of their way for me.” 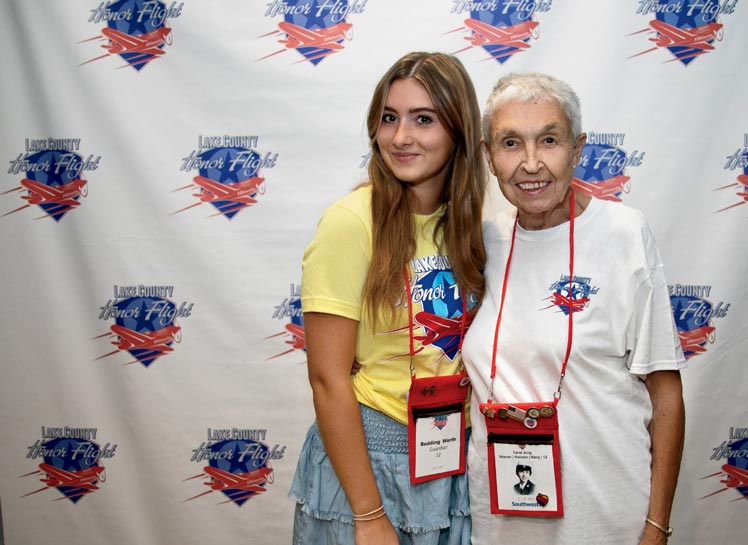 Including his Honor Flight guardian, Lake Forest resident Steve Worth. Each guardian completes seven-and-a-half hours of mandatory training. A guardian has to be prepared for anything from the moment they sit next to their veteran on the Washington, D.C.-bound flight to the moment they accompany their veteran for the rousing, goosebump-inducing “Welcome Home Ceremony” in North Chicago.

“Each veteran had a different experience in wartime,” says Carballido, who has been Lake County Honor Flight’s executive director since February. “And many are still suffering from post-traumatic stress or survivor’s guilt, among other conditions. Some don’t feel worthy of taking an Honor Flight. Others are harboring anger.”

“We tell our guardians, ‘Your veteran might break down at the airport or at a memorial,’” the 2001 Highland Park High School graduate continues. “They are prepared to handle the situation, should it arise. But what’s truly amazing for many of our Honor Flight veterans is how transformative the experience is for them. Their loved ones often tell us afterward, ‘What did you do to our dad?’ or, ‘What did you do to our grandpa? We don’t recognize him. He’s happier than ever and he’s never been prouder to be a veteran.’”

Worth’s daughter, Lake Forest Academy (LFA) senior Redding Worth, at age 18 is already a three-time Honor Flight guardian. Her first two veterans were men. Her third, in August, was Carol Jung, a U.S. Navy Vietnam War veteran. Together they visited the Vietnam Women’s Memorial in D.C.

“That was special for me because Carol was the only woman on the flight,” says Redding, who started a Veterans Club at The Lawrenceville School in New Jersey, and one at LFA, and was just 13 years old when she completed her first Honor Flight as a guardian in 2017. 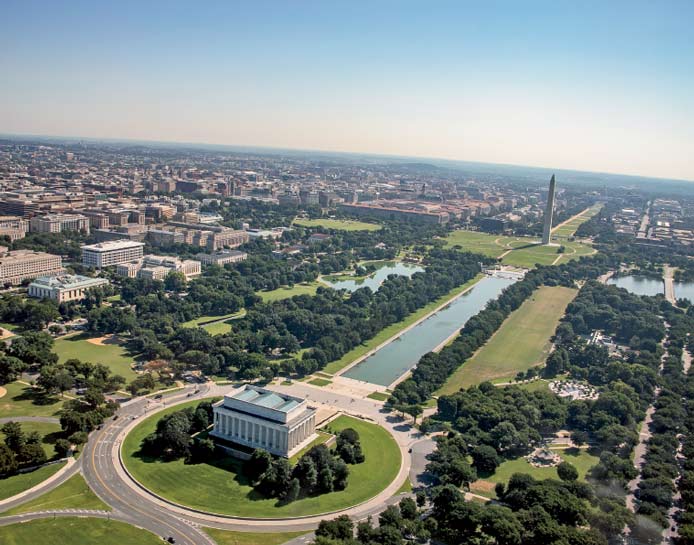 “My generation, unfortunately, is oblivious to what too many of our veterans have endured,” adds Redding, who might have the oldest soul ever for an 18-year-old. “They’re dealing with homelessness and mental health issues and all kinds of other challenges.”

Redding’s affinity for veterans began at a young age. “For some reason, when I was little, I’d see someone in uniform and immediately say, ‘Thank you for your service,’” Redding says.

Redding eventually met Carballido and an instant mentee-mentor relationship formed. But neither Carballido nor the Honor Flight training session prepared Ms. Worth for what she had to absorb at the tail end of an Honor Flight. She was behind a veteran’s wheelchair at a “Welcome Home Ceremony” when her eyes welled into small pools and her throat became the sudden home of a temporary lump.

“I almost lost it,” Redding says. “I had to pull down my sunglasses and gnaw on my lip. It was that impactful.”

Carballido, 39, had accompanied six Black veterans, including her “play grandfather,” U.S. Navy World War II veteran Frank Wortham Sr., on a flight to Washington, D.C. in 2012—a year before the launch of Lake County Honor Flight. 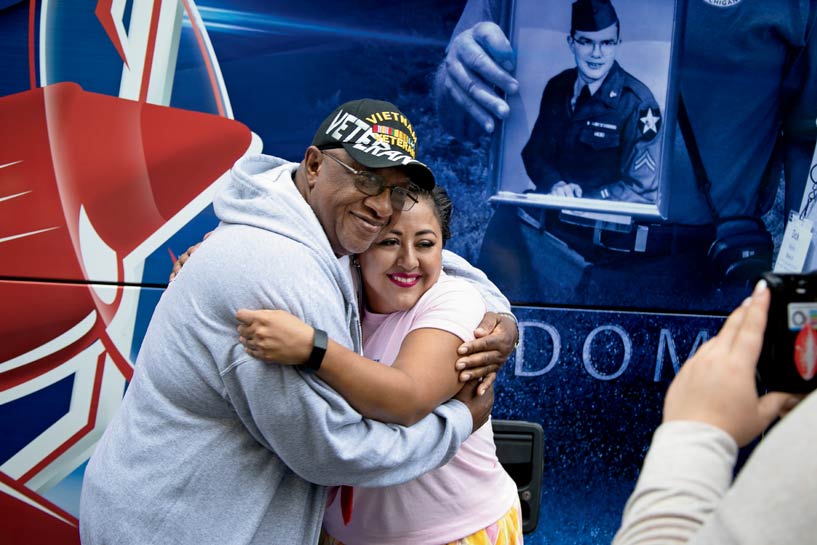 Carballido has been a part of 19 of the 20 Lake County Honor Flights. She missed one, the Lake County hub’s very first one, to deliver a eulogy—at Wortham’s funeral.

“He had such a love for sharing stories of his life, especially ones about his war experiences,” Carballido says. “What a special, wonderful man. I spoke with him as they wheeled him to surgery, from which he never recovered. His last words to me were, ‘Don’t let them ever forget about us.’” 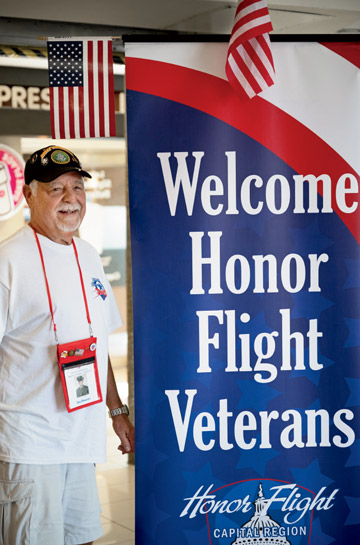 What Givens will remember forever is the 600 or so people who welcomed him back from Washington D.C., at Mitchell Airport on August 21. He saw nothing but joyful smiles and heard rounds of applause that are still splitting his ears.

“What I found out after my Honor Flight was that I needed it, even though I didn’t know I needed it,” Givens says. “I told Paula, soon after our return, ‘I finished my journey, finally. It took me 50 years.’ I know why I was angry for all those decades, but now I’m no longer angry; I let go of it at the memorial. I feel great.”

“To veterans who aren’t sure about getting on an Honor Flight, I’d say to them, ‘Take the ride for your sake and your loved ones’ sake. Finish the journey like I did.’”

For more information and to make a donation to create a priceless memory for a veteran, visit lakecountyhonorflight.com or call 847-282-0374. 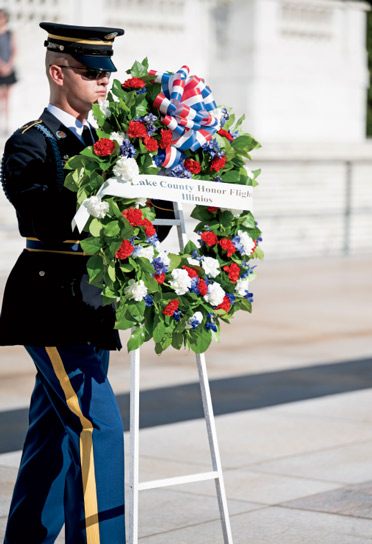