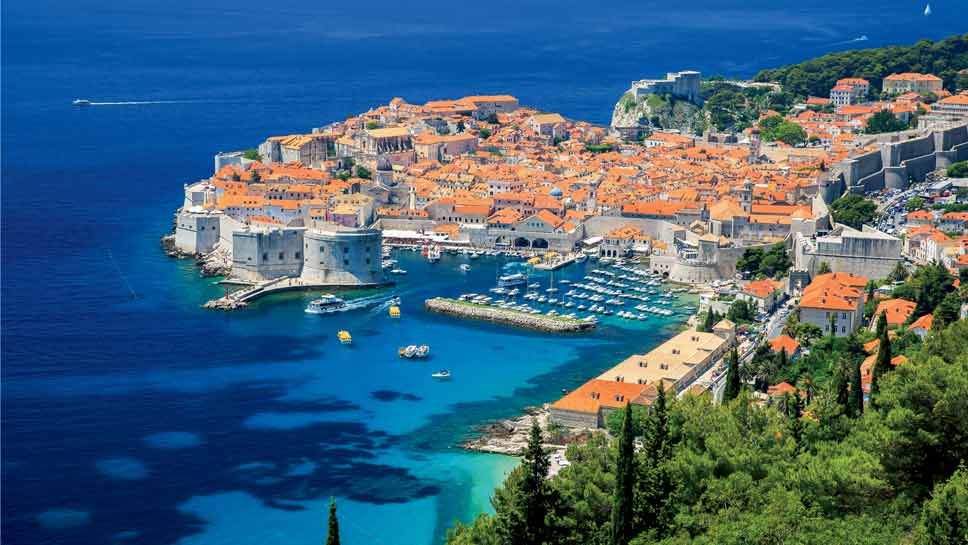 A recent trip to the Dalmatian Coast proved the veracity of all the tales I have heard of Croatia’s beauty. This haven at the crossroads of Central and Southeast Europe has everything – history, culture, glorious terrain, delicious local wines, a range of sea colors from pistachio to cobalt to azure, and more than 1,000 islands.

Nicknamed the “Pearl of the Adriatic,” Dubrovnik gets its name from the Slavic word “dub,” meaning “oak.” This derivation makes complete sense as oak and cypress trees spring forth from the rocky terrain in every direction. The juxtaposition of this deep arboreal green and the Adriatic’s color wheel of blues is breathtaking. 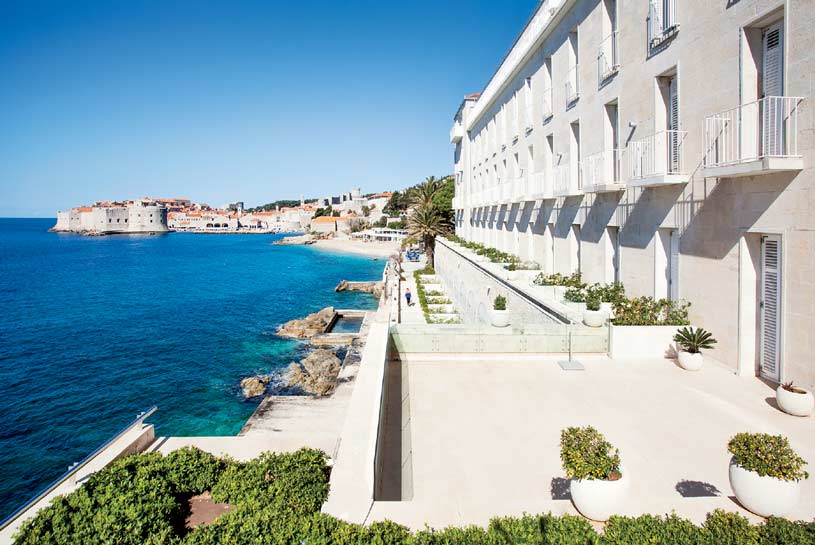 We decided to stay at two hotels, one just east of Old Town and one a bit west. The first, the five-star Hotel Excelsior, is a small luxury hotel with an illustrious history of royal (think the late Queen Elizabeth) and celebrity guests. Entering the lobby, a great expanse of blue sky and sea welcomes you through floor-to-ceiling windows. The original 1913 royal villa and a sleek contemporary wing are home to 158 rooms and suites. The mingling of past and present is echoed in the interior styling—understated color themes with pops of bright citrus.

Our immense suite in the contemporary wing had an open floor plan with modern furnishings and remarkable vistas. The views of the UNESCO Old City of Dubrovnik brought back memories of our pandemic Game of Thrones binge. In the series that captured America’s heart for eight seasons, the ancient town below us transformed into “King’s Landing.”

A true wonder of the hotel is how the indoors embrace the breathtaking outdoors. Enjoying a glass of wine on our terrace on our first night, we gazed at the lush island of Lokrum—a destination we would find full of hiking trails, beaches, medieval ruins, and inhabitants including unusually large rabbits and a plethora of peacocks. Between the island and our terrace floated a few brightly lit yachts with chic guests toasting the evening’s glamour. The expansive view of Old Town as the sun descended on the horizon and city lights began to twinkle was mesmerizing. A band’s rendition of “Let it Be” wafting up from the hotel’s waterside restaurant, Prora, completed the moment. 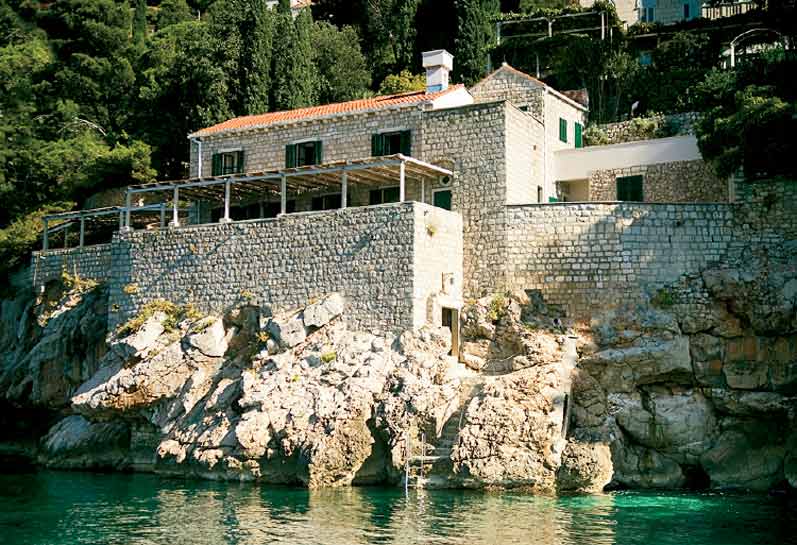 On our first morning, we enjoyed breakfast on the sun-soaked Salin terrace followed by a dip in the sea and a bit of sunbathing. Then it was off to the spa—for an “Energy Clinic Classical Massage”— the ideal treatment for erasing any remnants of jet lag.

If you get the chance, book an evening at Hotel Excelsior’s Villa Agave—a historic three-bedroom villa perched above the sea. Its private patio served as a spectacular venue for a dinner where beautifully plated courses celebrated the Adriatic’s bounty and were paired with the finest Croatian wines. The food matched the magnificence of the setting as this ancient stone structure rests on a precipice above the dazzling Adriatic and just as dessert arrived, a tangerine sun set over Old Town. No wonder this spot is a favorite of Francis Ford Coppola and his fashionable friends.

On our fourth night, we headed around the bay to our second destination—Hotel Bellevue, an icon of boutique luxury and design. In 2019, the hotel underwent a complete refurbishment emerging with a modern freshness. Carved into a high cliff on Miramare Bay, the five-star seaside retreat boasts spectacular panoramas of the Dalmatian coast. Our tastefully appointed spacious suite contained two balconies, a living room, dining area, bathroom, and bedroom. I adored the vintage lifestyle photographs lining the walls.

Croatia offers numerous exquisite eateries, but an absolute must is the Hotel Bellevue’s sleek and intimate Vapor restaurant—recognized by the Michelin guide. The cuisine is beyond measure, and the view is unbeatable. The executive chef uses locally sourced herbs and spices combined with global ideas to create a playful new style of regional cooking.

The hotel’s beach surrounds a gorgeous cove topped by rocky outcroppings. I watched in astonishment as guests leaped into the sea from these ledges. Apparently, cliff jumping is a highly rated activity for young and old alike. I, however, was perfectly happy to remain comfortably reclined in my lounge chair observing the jumpers’ range of emotions from terror to glee. 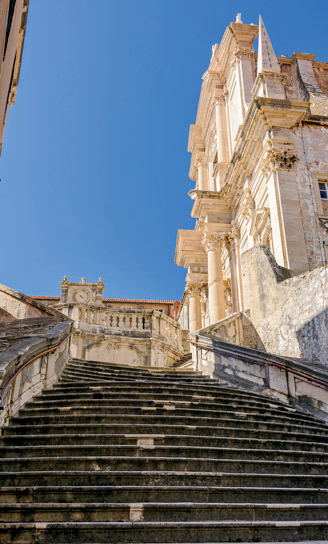 I highly recommend a private sightseeing tour to learn how the works of artists, writers, and scientists are woven into the texture of this medieval city. Nestled between the Adriatic and the mountains and boasting an impressive harbor, Dubrovnik was an important Mediterranean sea power rivaling Venice in the 11th century. Be sure to stroll along the wide Stradun—Old Town’s main thoroughfare with gleaming white marble stones. Weave through narrow cobblestone streets in search of great shops and restaurants. Visit the Baroque Assumption Cathedral with the Venetian artist Titan’s painting at the main altar. Pop into the Franciscan Monastery built in the 13th century and don’t miss its stunning cloister—offering an oasis of leafy tranquility in the heart of the city. If sightseeing leaves you parched, fill your water bottle with fresh spring water at the grand 15th-century Onofrio’s Fountain.

Hoping to hear more contemporary history about the Game of Thrones’ filming? Several tours will take you to the Baroque Jesuit Staircase where Cersei began her walk of shame in season 5, Minceta Tower—the House of the Undying where Daenerys recovers her dragons, and Pile Bay aka King’s Landing’s Blackwater Bay.

Walk the fortress walls encircling the city where you’ll find towers, bastions, castles, and fortresses while enjoying the sight of the city’s red roofs and glorious views of the cathedral and churches. The walls rise higher than 80 feet and have protected the city from foreign attacks for more than 1,000 years.

For a true bird’s eye view of Dubrovnik, we left Old Town via its steep narrow passageways to find the Dubrovnik Cable Car located just outside the walls. The car whisked us up to Mount Srdj in a four-minute glide to the ultimate photo op of Old Town, the coast, and the surrounding area. 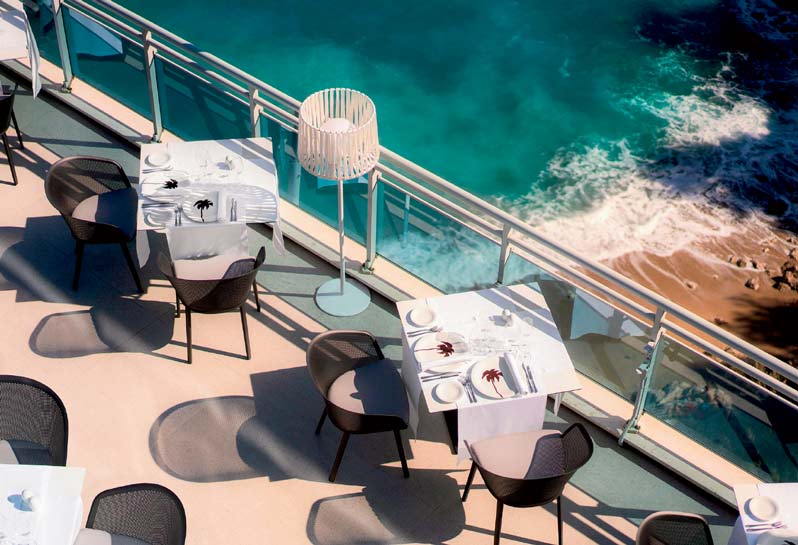 One excursion you can’t miss is a sampling of Croatia’s exceptional wines. A scenic drive along the coast brought us to two vineyards in Konavle Valley, one of Croatia’s prime wine-growing regions. Milos Winery and Winery Vukas both specialize in producing high-quality wines from the Plavac Mali grape. The coast’s perfect weather conditions and the very fertile valley are ideal conditions for cultivating the best grapes. We enjoyed wonderful tours, insight from the winemakers, and a vast array of wines to taste from hearty reds to delicate whites, and everything in between. I am perplexed why Croatian wines are not more commonly distributed in the U.S., but I suspect it is only a matter of time.

Croatia has more than 1,000 islands so a day spent exploring on a yacht is required. We traveled around the Elaphiti islands coming upon hidden bays, secluded coves, sandy beaches, and a vast array of blues and greens—the sea wears a coat of many colors that would make Dolly Parton proud. We docked at Lopud, a darling island, for lunch at Restaurant Dubrovnik where the “menu” was brought “alive” (literally) to our table. A server arrived with an enormous tray of lobster, crab, and fish recently plucked from the sea for the epitome of sea-to-table dining. We devoured every morsel of this enormous feast. Post-meal we spent the afternoon hopping in and out of the water and sunbathing on deck. 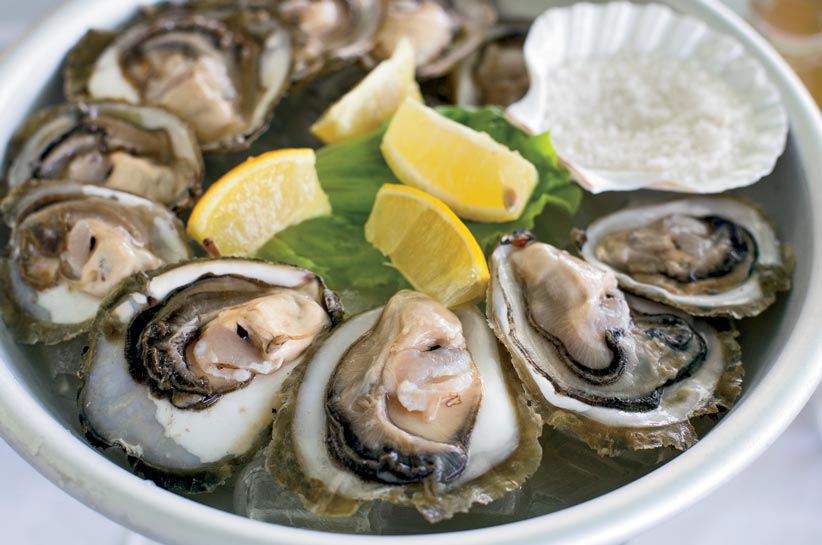 Take another beautiful drive along the twisty coast’s ribbon highways to Ston, famous for its medieval walls—the largest in Europe. The walls, dating back 4,000 years, protected the precious salt pans that contributed to Dubrovnik’s wealth. It is the oldest salt mine in Europe, and among working mines, one of the oldest in the world. We took a quick boat ride out to Bota Sare’s oyster beds in the coves of Mali Ston Bay. Our fisherman guide harvested oysters (a technique that has not changed in hundreds of years) directly from the sea, taught us how to shuck them, and then served the delicacy with a squeeze of lemon and homemade bread accompanied by a refreshing local Posip white wine. Divine. 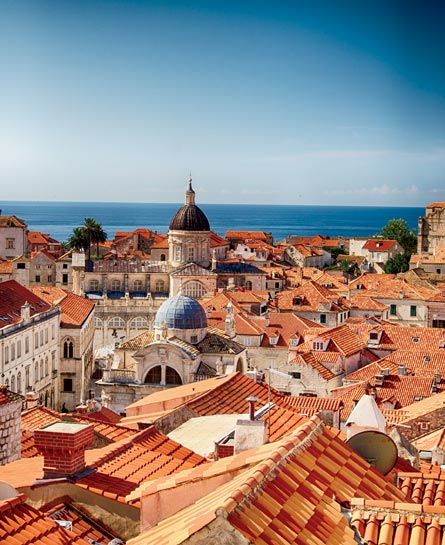 View from fortress walls of red roofs and cathedral

Located very close to Dubrovnik is the quaint town of Cavtat with a picturesque waterfront promenade. Stroll the streets of this historic small town and be sure to stop at the newly renovated Hotel Supetar Cavtat for a meal. Housed in an original 1920s three-story private villa, it is the definition of charming. We dined on the seaside terrace sampling pescatarian cuisine enhanced with fresh local ingredients including oranges from the hotel’s garden.

Yearning for a destination that is sure to delight? Travel to this Dalmatian paradise brimming with history, culture, culinary adventure, five-star accommodations, and natural wonder. 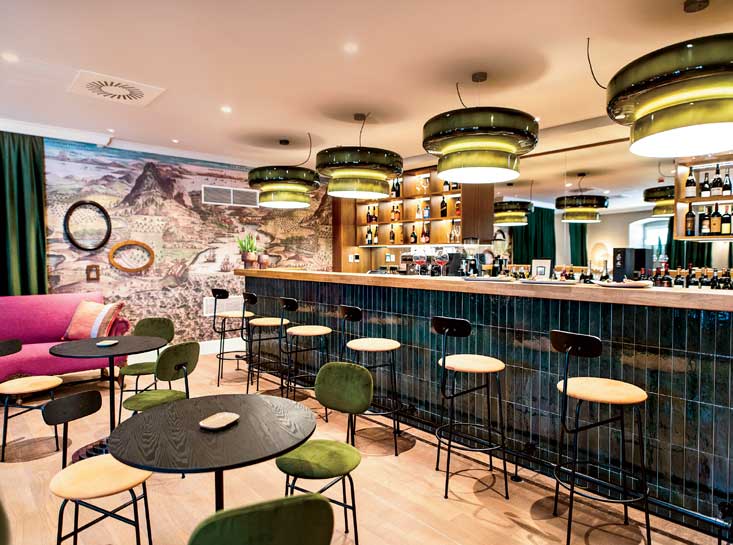 For more information about the hotels, visit adriaticluxuryhotels.com.