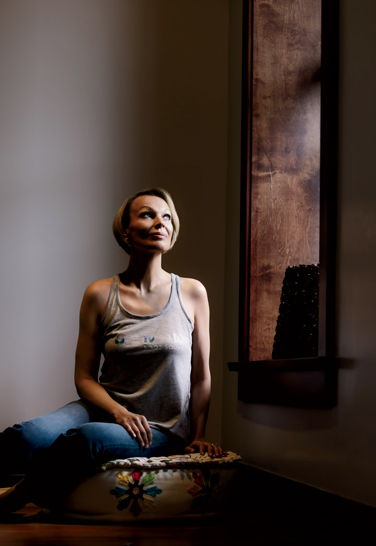 On August 7, 2014, Wilmette-based Di Keen went for a relaxing run near Lake Michigan. The next day, she received a devastating diagnosis of Stage IV metastatic inflammatory breast cancer, a rare and aggressive form of breast cancer that isn’t detectable until later stages and one that comes with a poor prognosis.

Just 36 years old, Keen had recently welcomed her second baby and had been battling what she thought was a nasty case of mastitis, an infection from breastfeeding. Instead, she’d later find, it had been a fast-growing tumorless cancer that is often misdiagnosed.

“I was dumbfounded how I’d been running the day before and the very next day I had to go directly into treatment,” says Keen. “The cancer is so aggressive that we couldn’t wait. With an infant and a 4-year-old, I had to come to terms with the reality that I might only have months to a year left to live.”

Each year, an estimated 45,000 patients will die from breast cancer, the vast majority of those deaths caused by metastatic breast cancer (MBC). As surgery was not an option, Keen initially fought her MBC with intensive chemotherapy followed by treatment every 21 days and during some phases, she has endured treatment daily. Cancer has since metastasized in her liver, brain, and spine as well as in local recurrences. 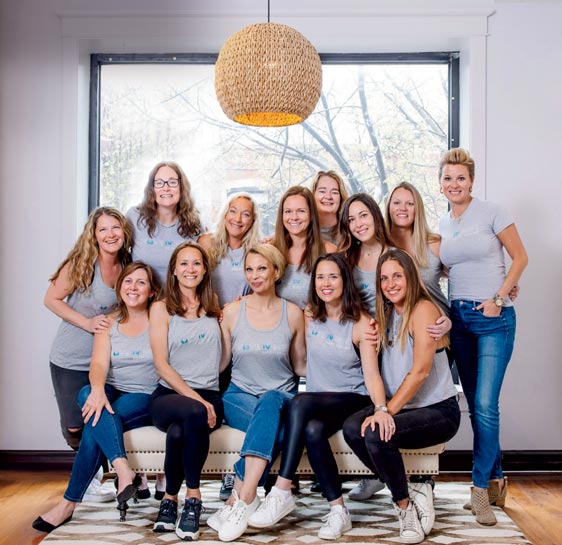 “I like to set physical goals on my cancer-versary to stay active and strong,” says Keen. “One year, I was set to run a second half marathon but before I could, the cancer spread to my spine and inhibited the use of my left leg. I was 38 and was using a walker and then a cane. Shortly thereafter, it spread to my brain, affecting my hearing and balance. Every year cancer has tried to take a little bit more, so every year, on August 8, I focus on what I can still accomplish.”

In the face of ongoing challenges, many would struggle to find hope and perseverance. And Keen is honest in saying that she did—the journey has been full of trials and tribulations. Each treatment brought difficult side effects that threatened Keen’s quality of life.

But she found help in the integrative oncology department at Rush University Medical Center, which provides the social, emotional, and physical support one needs to address new—and often overwhelming—needs. Integrative oncology offers anything scientifically proven to help the incurable oncology experience. Think everything from functional medicine and nutrition to family and individual therapy and energy healing.

“I benefitted from a gift that allowed me three acupuncture appointments,” explains Keen. “When you’re fighting cancer, it’s already such a drain on resources, and integrative support is typically not covered by insurance. I didn’t want to spend more money when I didn’t know how much time I had left. The acupuncturist inspired me to find ways to be strong in mind, body, and spirit to thrive with MBC.” 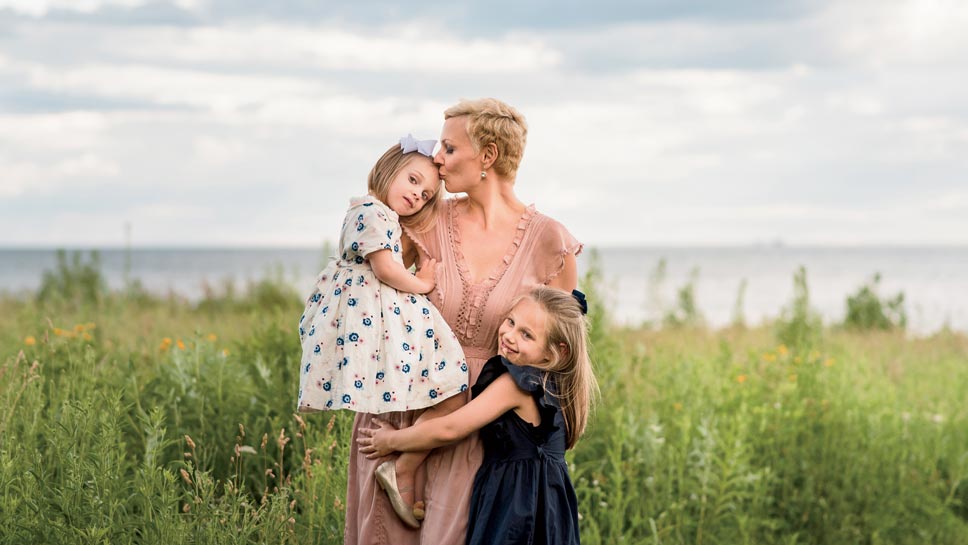 Di Keen with her daughters. Photography by Erin Konrath

After a year-and-a-half of physical therapy, Keen slowly regained the use of her left leg. The next cancer-versary, she ran a mile, something her initial treatment team doubted would be possible. Inspired by the progress, she did a deep dive into supplementing oncology treatment with integrative therapies. Keen soon learned that all of the treatments she had access to needed more awareness and were especially difficult to obtain for under-resourced and underinsured patients.

So, for her sixth cancer-versary, Keen launched Roots & Wings, a charitable foundation that raises funds for the MBC community to provide complimentary appointments with integrative therapists at established institutions and wellness centers throughout the country. Now in operation for two years, Roots & Wings supports programs at Rush University Cancer Center in Chicago, Duke Cancer Center in North Carolina, and the Dana-Farber Cancer Institute in Boston, where they’ve already helped reach thousands of MBC patients. 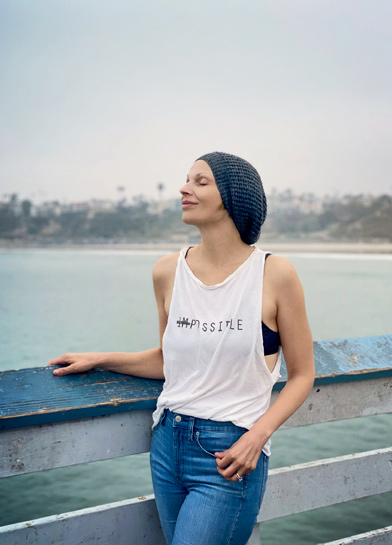 “All it takes is $100 for one appointment, and one appointment can change someone’s life—it changed mine,” says Keen. “I’m living proof that it works because I’m still here eight years later. Part of that, of course, is my wonderful oncology team, but the other part is my integrative team and practice. I don’t have a lot of days where I’m overburdened thanks to a community of practitioners I’ve been working with for years. Where the burden comes from is wanting to give more and wanting to do more.” 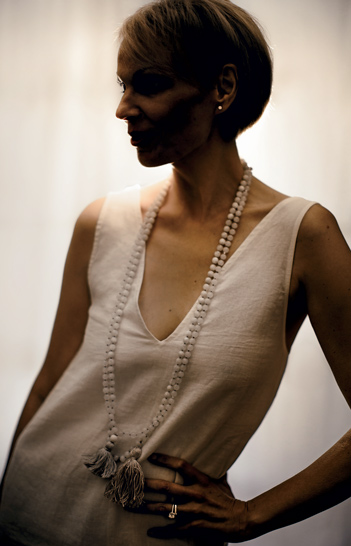 “There have been times when I could crawl four miles but definitely not run,” says Keen. “I don’t care how it happens—you can even drive if you want—so long as people are moving in tribute to the MBC community. Many patients are unable to move freely because of metastatic spread within the body. We move in recognition of their hardship and to honor our own health.”

In 2021, Roots & Wings had over 500 participants from coast-to-coast and even beyond borders in four other countries participating in Move IV MBC. Roots & Wings hosts the event the Sunday before Keen’s cancer-versary and recently celebrated the second annual Move IV MBC in August. Proceeds help support the growth of current programs and future Roots & Wings initiatives.

“When you’re a metastatic breast cancer patient, you have to fight for more time,” says Keen. “You have to make a choice to go through this journey just to have bonus days. There are lots of people giving money to research, which is incredibly important, but until there’s a cure, integrative therapy can help make those days the best they can be. Most people don’t realize MBC is incurable and that you may be in treatment every day. When I’m asked when treatment will be over, it’s so hard to say ‘never.’” 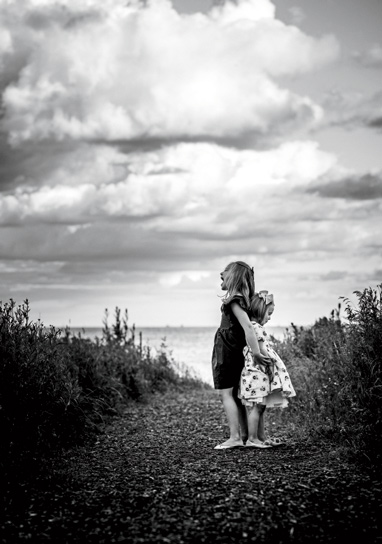 Even though Keen says that running Roots & Wings takes away from her available time, she also says that it fills her days with purpose. She has received messages directly from patients who have benefitted from integrative therapy, like one who could finally move their hands again after a series of acupuncture sessions and another who found healing through MBC group therapy.

“I never thought I’d be running a nonprofit, but life surprises you in both good ways and bad,” says Keen, who was formerly an interior architect and designer. “The feedback is so affirming that I’m doing the right thing with the time I have now, and all I wish is that I could do more. I want this for everybody—without financial burden or limitation—because of the difference it’s made for me.”

For more information and to make a donation, visit rootswingsfoundation.org. 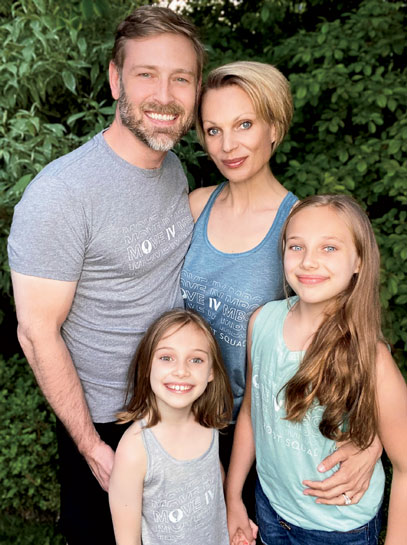