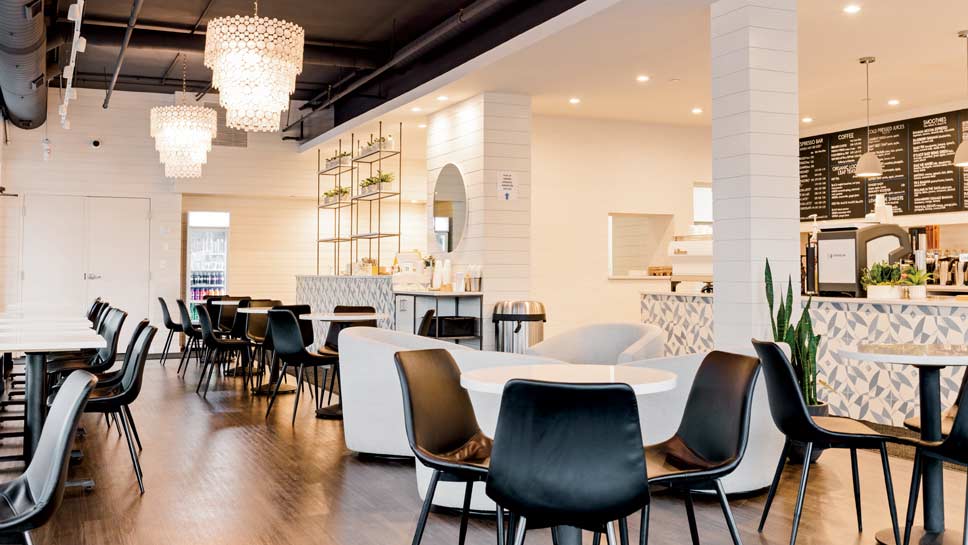 When Glencoe’s Sarah Dippold graduated from the Harrington College of Design in Chicago, she had hopes of someday opening her own design firm. Nearly 25 years later, she has not only achieved this goal but today caters to luxury residential and commercial projects in the Chicagoland area and beyond.

“Right out of school, I went to work for Handman Associates and I loved working for Shelly,” she says. “It offered exposure to designing luxury interiors, and I learned so much from him.”

At about this same time, Dippold began flipping houses with her family. “It was an interesting challenge to design spaces that would be neutral enough to appeal to most, while still being unique and within budget.” 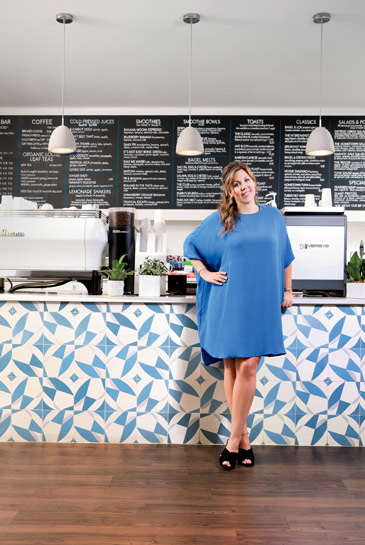 It wasn’t long before Dippold became a large part of the flipping family team, managing projects, and designing the interiors. Dippold left Handman Associates to pursue this full-time. “I learned a lot about running a business, as well as the construction process from this experience,” she says.

In 2009, the team found a house to flip in Glencoe—a mid-century modern house designed by Keck & Keck.

“It was truly a dream project,” she recalls. With two small children, she soon realized that she wanted to keep this one for her family.

“Keck & Keck is known for its post and beam, modern construction,” Dippold says. “The house was a ranch, with no landmark status, so we took our time thinking about what this home could be. This gave us a lot of freedom and we decided to add a second level.”

The house got the attention of a board member for a local nonprofit organization, and not long after the house was finished, the Dippolds were invited to have it featured on a local home tour to raise funds for the organization.

“It was a real compliment,” Dippold remembers. “I was thrilled to offer support and this wonderful experience was where I met my first two clients.” This was the official start of Sarah Dippold Design (SDD).

SDD has garnered a reputation in the interior design space for a tailored and natural aesthetic. “I love to create environments that celebrate the experience of living and reflect the client’s lifestyle,” she explains. 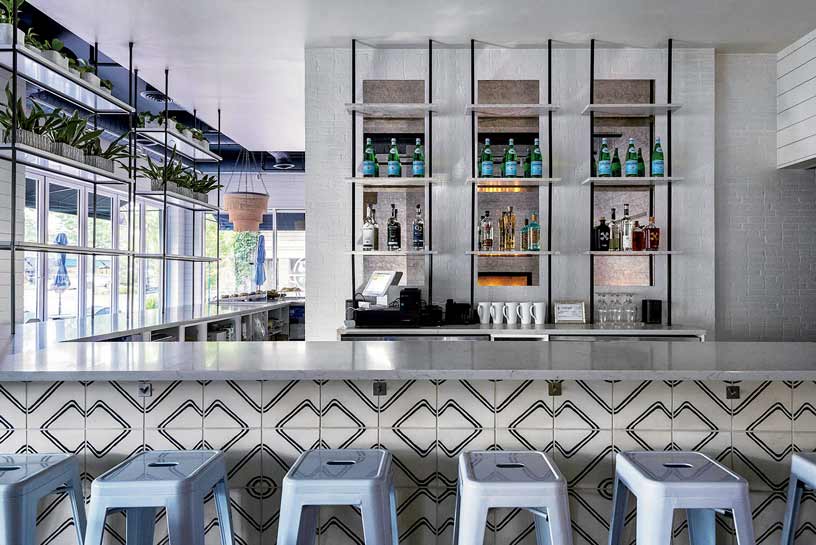 Dippold immerses herself into each and every project, only taking on a select few at a time.

Over the years, Dippold has lent her expertise to local commercial projects including The Wild Child toy store and the former Cibo Trattoria in Glencoe, and a private yoga center and wellness space in Northbrook. She was also commissioned to create four art installations for the widely acclaimed and sorely missed Grace Restaurant.

Most notably, perhaps, has been her involvement in the design for the Hometown Coffee & Juice restaurants. Dippold had known owners Lou and Julie Rubin from the community. They all worked out at the same local gym, and the couple had followed her journey designing Cibo.

“When Lou contacted me about working together on a new coffee shop that he and Julie wanted to open, I was all ears,” she says. “I was so impressed by his excitement and passion for what they wanted to create.”

At the outset of the project, the team worked on identifying what the brand would be. They brainstormed words that would describe it. “Bright,” “fresh,” “happy,” and “healthy” were the adjectives that came up over and over to describe the experience the Rubins hoped to create. Another big theme was “community.” Dippold built on these guiding elements to develop a design scheme for the space.

“We had an idea of what we wanted our Hometown in Glencoe to be and Sarah not only guided us throughout the design process, but she really listened to our ideas as we worked together,” says Julie. “She’s patient, creative, and dedicated to her clients.”

Dippold suggested that the Rubins add a unique tile to the main counter in Hometown. “It was amazing how this tile brought everything together,” Julie adds.

When the Rubins decided to expand Hometown into Winnetka, they turned to Dippold again.

“At that point, Hometown had established itself as a brand,” Dippold says. “And while we wanted the locations to feel cohesive, we also wanted each store to have its own identity.”

Hometown Coffee & Juice continues to grow with a new location in Lake Forest to open in 2023, as well as a new private event space called “Uptown” located above the Glencoe store.

“We’ve been working together for a few years now, and we make a good team,” Dippold says. “I’m inspired by their endless pursuit to offer the best possible experience to their patrons.”

“Sarah is an amazing listener,” says Lou. “She takes time to totally understand what we want to accomplish in our space and brings our visions to life. She is open to suggestions and always incorporates elements that Julie and I like while ensuring it makes sense and follows a pleasing design structure. We trust her entirely.”

Dippold’s feelings for the Rubins are mutual. “It was the most respectful working environment I’ve ever experienced,” she adds. “Hometown is like a modern-day Cheers. The Rubins have created this warm and inviting space that everyone wants to be a part of. I feel lucky to have had the opportunity to play a little role in their success.”