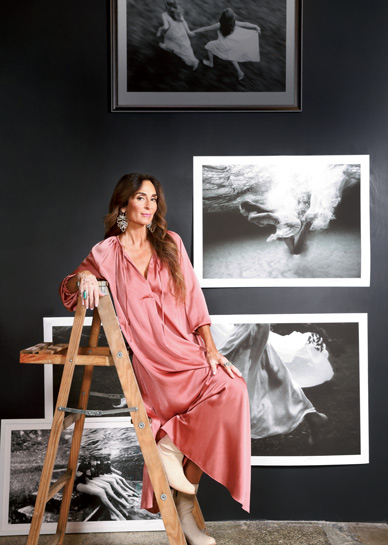 Jeanné Sapienza’s interest in art and more specifically, photography and film, began at an early age. Growing up in the Midwest, she was influenced by her large Italian, Irish, and French family. She describes fond memories of “a houseful of cousins, music, drama, love, and life!” One grandmother performed in the theater, and the other was a concert pianist. An aunt was a child television star. “There were almost daily backyard performances that featured dancing, singing, and storytelling,” recalls Sapienza. “We always found a captive, yet kind and willing audience in our neighbors.” Long summer days were spent at the pool; perhaps these memories solidified her strong connection to water and coaxed its consistent flow throughout her work. 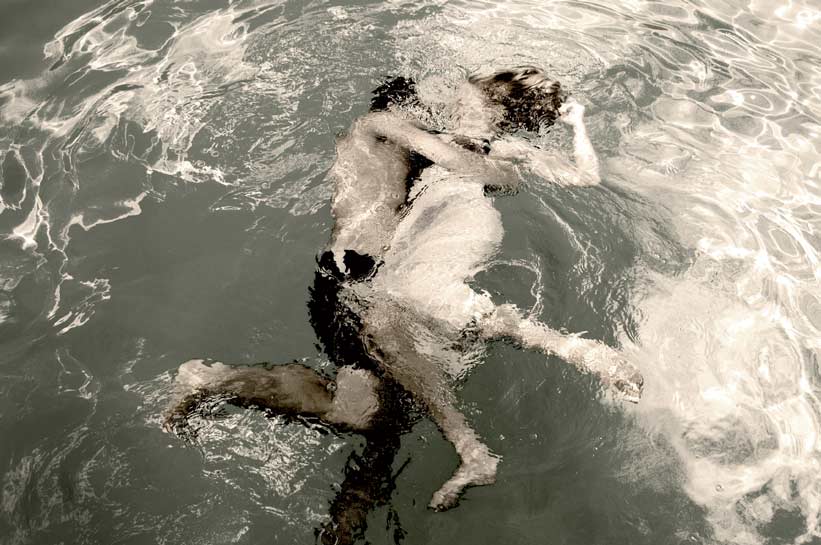 Sapienza vividly remembers asking for a Polaroid instant camera at age 11 and her excitement in receiving that very first camera. In high school, she was given a Minolta that would take her through most of her adulthood until she switched to a Nikon. After graduating from the University of Missouri, she drove out West with her cousin, both intent on making it in the entertainment industry. Sapienza quickly found jobs in movies, commercials, music videos, production, and post-production. Apropos to her interest in water, she even ended up working on popular shows such as the Baywatch pilot. “I got an agent, earned my Screen Actors Guild card, and stayed in Los Angeles for nearly two decades.” She looked at that period in her career as a chance to better train her eye knowing that, while it was a different education from that of traditional photography practice, it would no doubt serve to enhance her eye for the future.

When Sapienza decided to return closer to home, she moved to the Chicago area in order to be near her sisters. While picking up freelance gigs here and there, she enrolled in photography classes where ready access to dark rooms and labs was available. Shortly after relocating, she met and married John Prinz. Joined by his three daughters, the couple soon welcomed three more children, a girl and twin boys. “All of the sudden, we had a very full house with trios of teenagers and toddlers,” shares Sapienza. “I felt very blessed and very busy with this big and beautiful brood.” They lived in Libertyville on land with a small lake in the backyard, a feature that quickly became a central theme in Sapienza’s photography aesthetic. 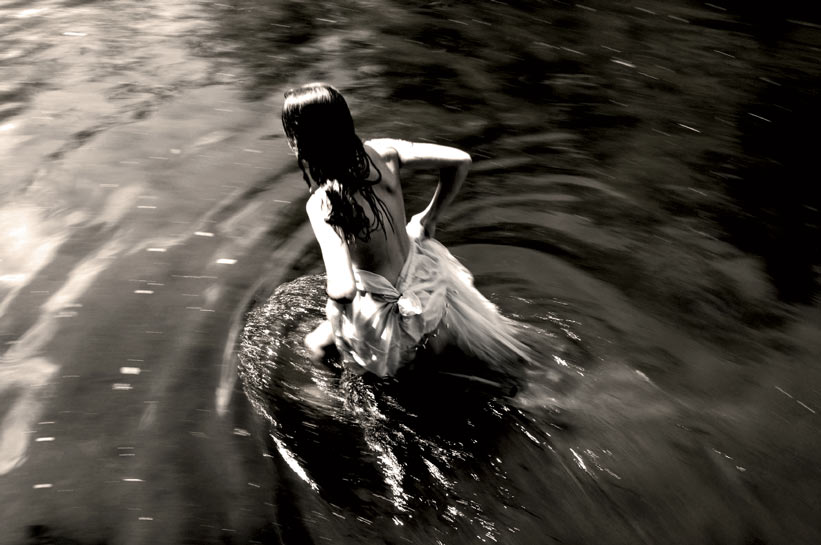 “To me, in my role as a mother, the water suddenly conveyed a range of the strong evolutionary emotions I was feeling—lifecycles, purity, practicality, innocence, and healing.” As creative expression had been so important to many of her close relatives, it only seemed natural for Sapienza to elevate the casual family snapshot to an art form. Her camera became almost like a lifeguard, in many respects, as she built homemade protectors to enable its immersion in water. Her children and their friends frequently served as models. Sapienza sought to capture their free and playful movements in those elusive moments when light and dark intertwine. 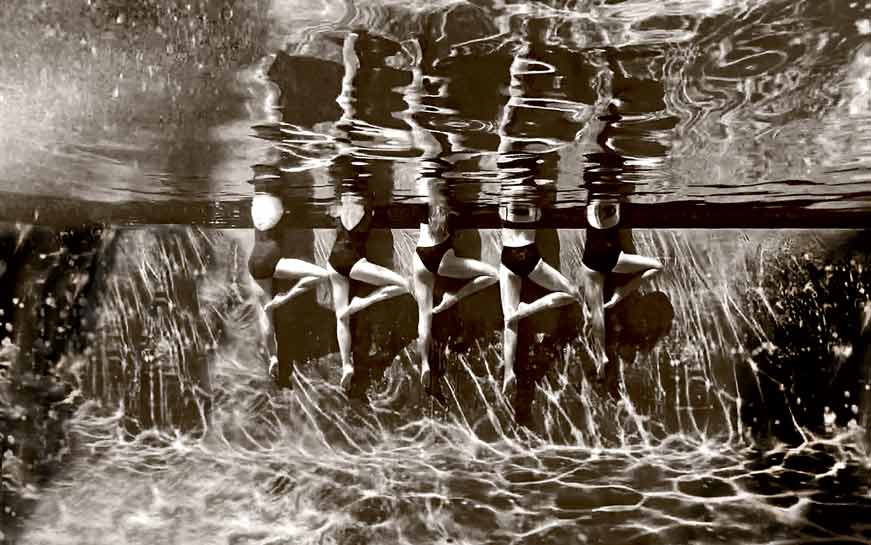 Ascension, a photo of two ethereal figures rising through the waves, takes a painterly point of view in a narrative on transformation and reflection. “I often hear people discuss not having a true sense of whether my work represents a coming or going, a beginning or end. I think that is a true assessment of the fluidity I seek,” notes Sapienza, “a glimpse of the mystery and the magic of a contemplation and exploration that I am struggling with behind the lens, too.” Once she had assembled a significant collection of work, Sapienza began exhibiting locally. She is currently represented by Laughlin Gallery, a female-owned and operated space in Highland Park. This month a series of Sapienza’s photographs will be on view at that location, with an opening reception on October 14. “I’m fascinated by the energy in being involved with other artists, those working in abstraction, different mediums, and expanding my understanding and motivation to try new tools and techniques.” Her production assignments continue to be in demand. During the pandemic, she directed and filmed a video advertisement for a European sunglasses company in her backyard. In 2019, Sapienza compiled a coffee table book of her photographs titled, Every Breath You Take, pairing many of the images with works of poetry. “I think what has drawn me to water is how it interacts with the human condition—fragile, fearful, forceful, formidable,” observes Sapienza. She speaks of water as a visual language, a fitting reference to the old familiar adage that a picture is worth a thousand words. 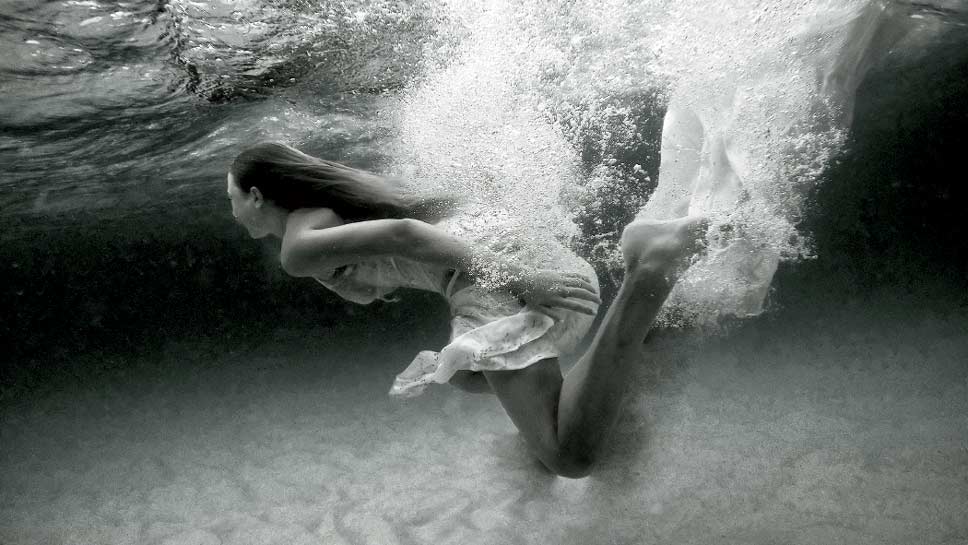 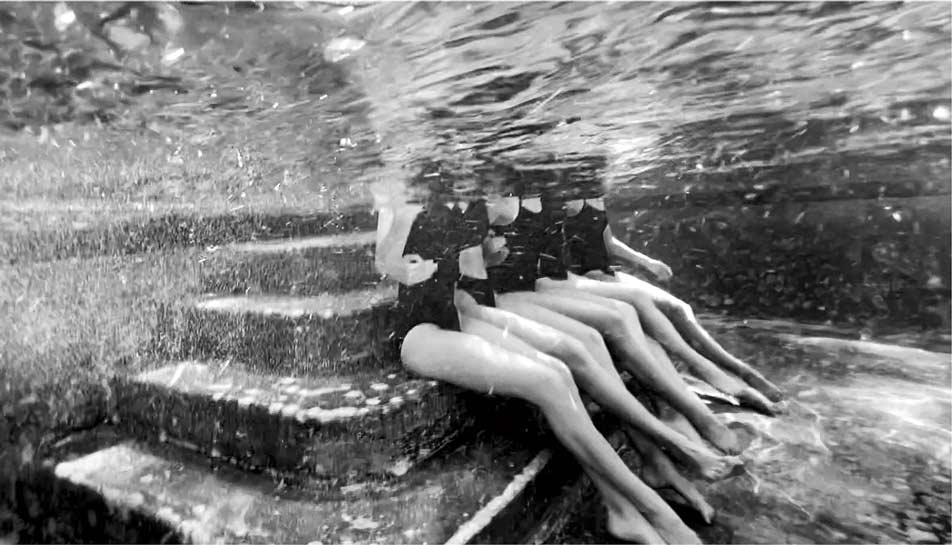 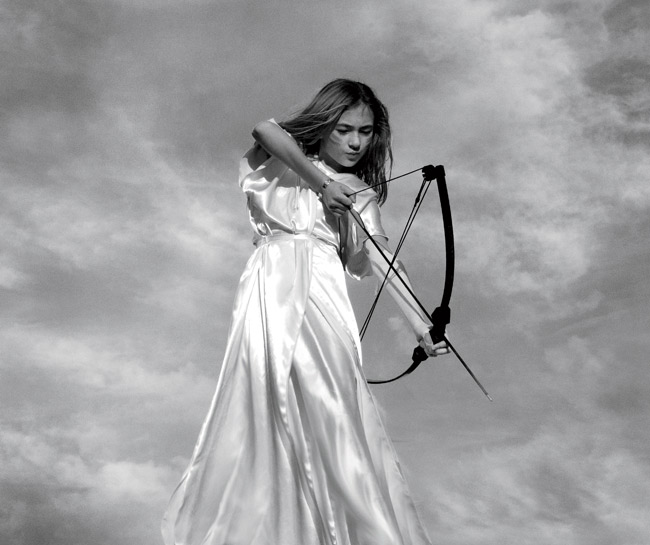