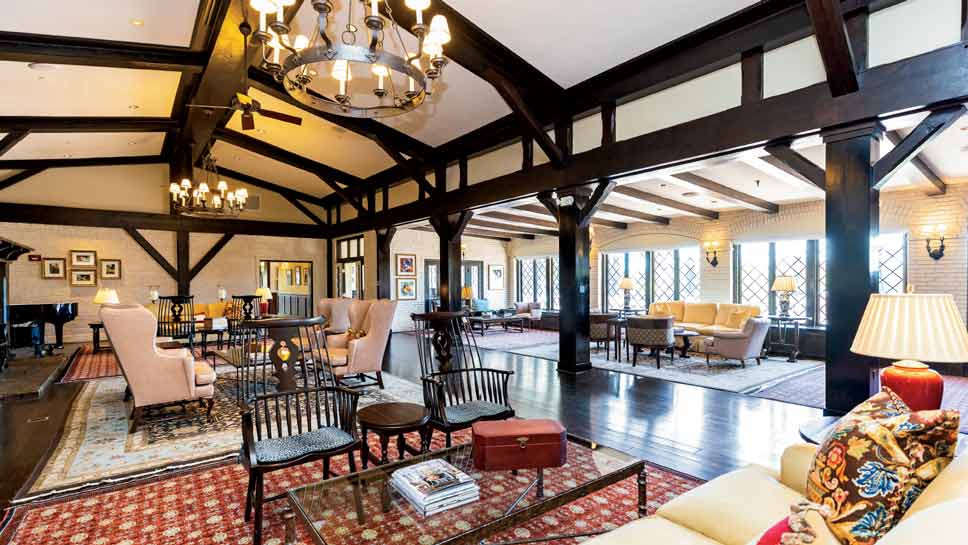 Celebrating its rich heritage, Skokie Country Club marks its 125th year with highlights including the aptly named Blue & White Gala—in honor of the Club’s colors—the dedication of a memorial clock, and the debut of the Club’s updated history written by former Club president Don Potter.

With an auspicious start in 1897 with the Clubs’ Articles of Incorporation, Skokie Country Club became the fifth private golf course in Chicago; its history is intertwined with venerable area clubs including Lake Forest’s Onwentsia, Highland Park’s Exmoor, and Golf ’s Glen View Club.

Skokie’s founders were an accomplished group of civic and business leaders that included Village Presidents from both Glencoe and Winnetka (James Calhoun and Arthur Jones), a U.S. Secretary of the Interior (Walter Fisher), Winnetka’s largest landowner (George Higginson), and the leader of the North Shore Democratic Party (Heaton Owsley), along with other notable founders such as Fredrick Greeley, George Orde, George Leslie, and John Flanders.

In October 1897, James Calhoun and his eight partners drafted a proposal for Skokie Country Club, taking its name from the description of land used by the Native American Potawatomi tribe—“Chewab Skokie,” which translates to “big wet prairie.”

According to Don Potter’s History of Skokie Country Club, edited by Andy Langan, early efforts more than achieved the initial goal of attracting 100 new members during the club’s first year of operation. By May of 1898, there were 117 Charter members; in the fall of that same year, membership grew to 149. 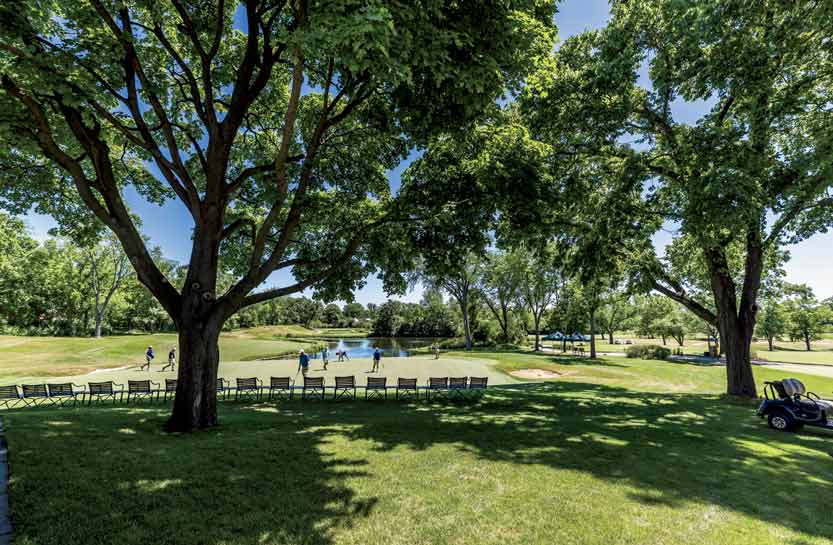 The “crown jewel” of Skokie is arguably its famed 18-hole course, widely regarded as one of the area’s best. It’s been said that hallmarks of a great course are top-notch planning, varied holes, a reasonable challenge, and natural beauty—Skokie has these in spades, with its design featuring the work of some of the most renowned course architects including Tom Bendelow (1904); Donald Ross (1913) for whom the Club Bar is named, and William Langford and Theodore Moreau (1938).

This year marks the centennial celebration of Gene Sarazen’s 1922 win of the U.S. Open at Skokie Country Club. Sarazen, winner of four major championships, won the U.S. Open at the age of 20 by one stroke, over Bobby Jones and John Black. His celebrated shot was on Skokie’s 18th hole where he got on the green in two and made a birdie, landing a 68. Today, a plaque memorializes this historic shot.

Later becoming the “face of Skokie Country Club,” Sarazen would return most notably for the club’s 100th anniversary in July 1997 at the age of 95.

The “Sarazen Cup” is Skokie’s fall event where the winning team is awarded badges to the Master’s Tournament in Augusta, Georgia, compliments of Gene’s daughter, Mary Ann Sarazen, an honorary member of the club.

Perhaps the most meaningful guidepost for Skokie is its Creed, which reads: “Skokie Country Club’s primary objective is to be a premier, family-oriented social and recreational club distinguished by its collegial and active membership, friendly and welcoming atmosphere, and superb facilities.”

In addition to highly acclaimed tennis, paddle, and swimming facilities, the Prairie Style Clubhouse’s dark wood and twin fireplaces, described as “quietly elegant,” offer dramatic and gracious focal points that beckon members, families, and guests during the holidays and throughout the year. Outdoor dining on the veranda, overlooking the golf course, offers stunning sunset views and a dynamic, picturesque respite for members and guests. 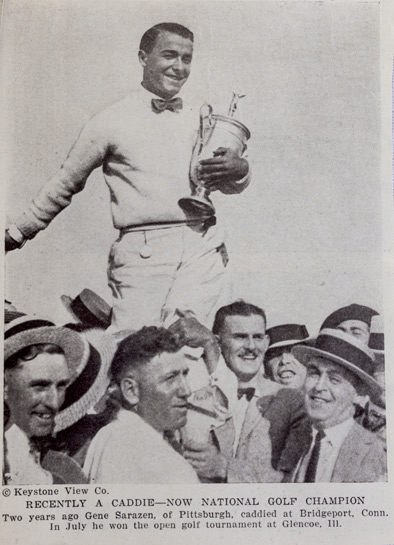 Skokie’s members support employees through its Skokie Country Club Educational Foundation, awarding collegiate and vocational scholarships; members also contribute to the Evans Scholars Scholarship Foundation, with more than 30 full university scholarships awarded to Skokie’s caddies, including a dozen in the past decade.

According to former Skokie Country Club President Don Potter, the focus is squarely on family. “This is a family club. Our three daughters were married here; my wife’s cousins were members. We know that membership here at Skokie is a privilege, and we want to safeguard this special place for future generations.”

“Here at Skokie, we’re neighbors—and that’s very important to us. While our members have diverse backgrounds and a wide array of professions, we agree on one thing: this is a place for families,” says Heritage Committee Member Adam Kelly.