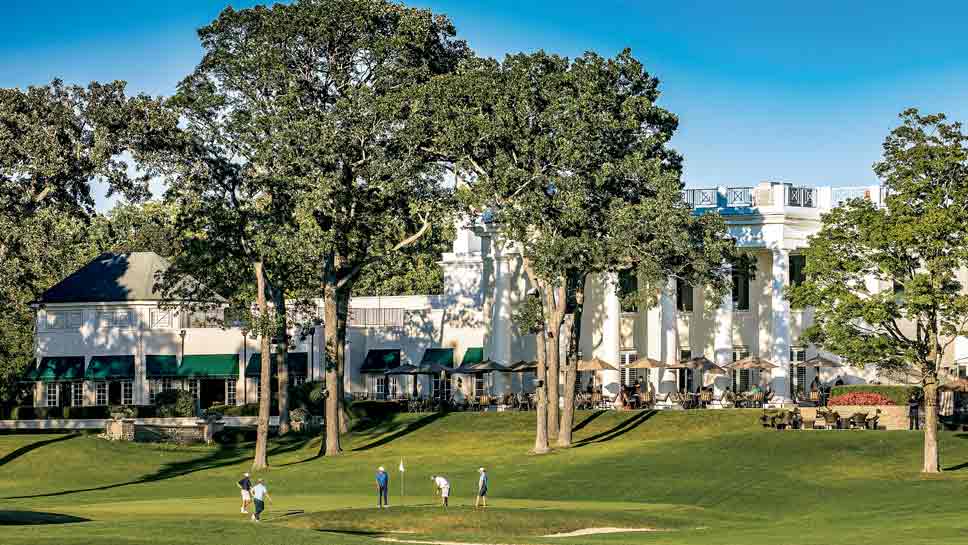 At the 1904 Summer Olympics in Normandy, Missouri, 10 Western Golf Association men teed up for Team USA at a St. Louis suburb country club and collected gold.

Another Exmoor member Chandler Egan added to Team USA’s medal count when he captured the silver medal in the individual segment of the Games. It was a banner year for Egan, who had earlier won the 1904 Western Amateur Championship at his home course in Highland Park.

“Our club goes way back,” Holton, an Exmoor member for 34 years, says. 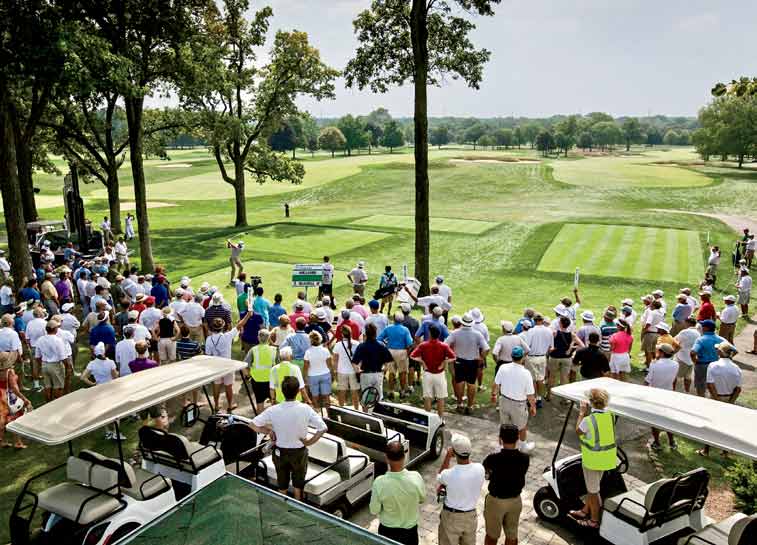 “Donald Ross constructed holes that reminded him of golf course holes in Scotland, where he grew up. It features excellent par-5s, some of the best par-3s in the Chicago District, and short par-4s that aren’t as easy as they look. The Club’s new course architect Andrew Green has redesigned the 9th hole with classic Ross features, providing new and distinct challenges to the players,” explains Holton. “Of the 12 Donald Ross-designed golf courses in the Chicago area, we like to think of Exmoor as an authentic Donald Ross course.”

Exmoor’s rich history, along with 156 of the best amateur golfers in the world, will be front and center again this summer as it hosts the 120th Western Amateur Championship from August 1 to 6. This will be the fourth time in history and the second time since 2012 that the Championship, organized by the Western Golf Association (WGA) and the third-oldest amateur golf tournament in the world, has been hosted at Exmoor. 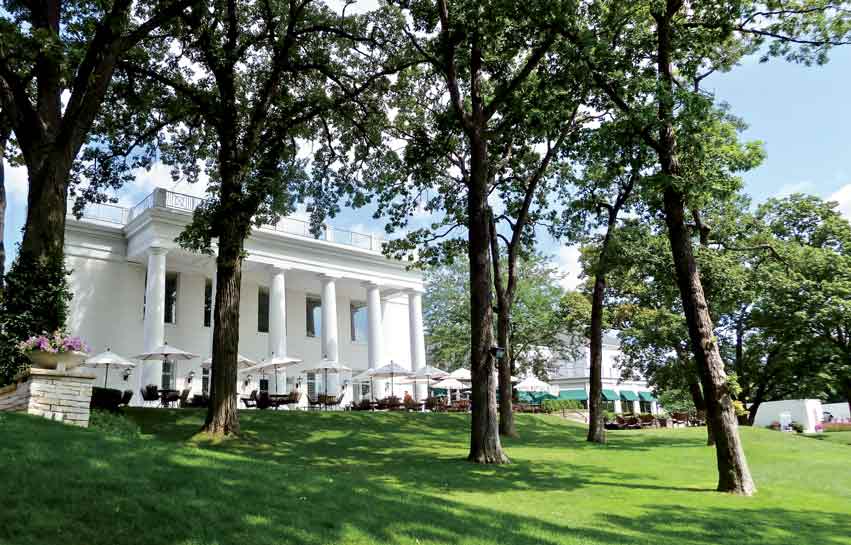 But more than quality golf will be celebrated at the 120th Western Amateur. Both the WGA and Exmoor, a charter member of WGA’s founding in 1899, are committed to collegiate education. Since 1930, both have supported the Evans Scholars Foundation to award full tuition and housing for high-achieving caddies with limited financial means.

Fittingly, the scholarship program is named after Exmoor member and celebrated golfer Charles “Chick” Evans (1890- 1979), who joined the club at 19 and won the Western Amateur eight times from 1909 to 1923. 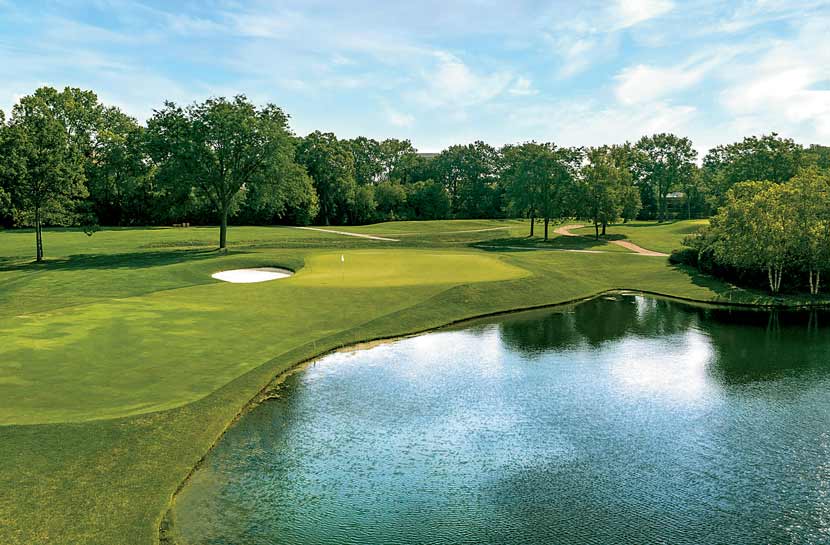 Exmoor members and event sponsors exceeded the club’s goal to raise $500,000 to support this year’s Western Amateur and to fund two more endowed Evans Scholarships in the name of Exmoor.

And they reached the lofty goal in January—in record time. “A phenomenal achievement,” Holton notes.

Exmoor member, WGA Director, and collegiate golfer, Tom Kearney started caddying at Beverly Country Club at the age of 11. After graduating from Brother Rice High School in Chicago, he earned an Evans Scholarship and enrolled at the University of Illinois Urbana-Champaign (Class of 1968) as an accounting major.

“I was still 16 years old in the first month of my freshman year in college,” says Kearney, an Exmoor member since 1978 and a former Exmoor golf chairman and treasurer. “I lived in chapter housing with 90 guys. The scholarship program is an amazing one, providing free housing and tuition for all four years for each recipient. But Evans Scholars have to work for meals, and I ended up working as a waiter for a sorority event, where I met my wife, Susan.”

“Outside of being a part of my immediate family,” the Lake Forest resident adds, “the best thing that has ever happened to me was being named an Evans Scholar.”

More than 11,500 young men and women have graduated from colleges as Evans Scholars. Nearly 1,100, including 14 Exmoor caddies, were enrolled in 21 leading universities nationwide during the 2021-2022 academic year.

“The Evans Scholars Program continues to elevate the lives of young people by giving them opportunities to pursue degrees in college … opportunities they wouldn’t have had without developing a sound work ethic and learning all kinds of life lessons through caddying,” Holton says. “Exmoor has always been an enthusiastic and consistent supporter of the Evans Scholars Foundation.” 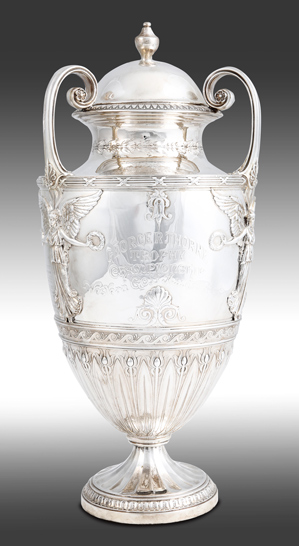 As Exmoor prepares to add another prestigious golf tournament to its club history, it does so with attention to detail and class. In other words: par for the course. About 400 members, Holton estimates, will volunteer as walking scorers, reception committee members, transportation aides, or “Home Stay” hosts for players. The six-day tournament begins with stroke play (72 holes, August 1 to 3, to determine the Sweet 16) and ends with match play, including semifinals and the final on Saturday, August 6.

“Saturday will be a fantastic day of golf,” Holton promises. “We’re excited to see the top amateur golfers in the world play a course we know so well. For spectators, it’ll be a rare opportunity to walk alongside players, and behind them and see outstanding golf up close. No ropes. No barriers whatsoever.”

For golf fans, the 120th Western Amateur Championship will be a historic experience—Exmoor’s salient quality.