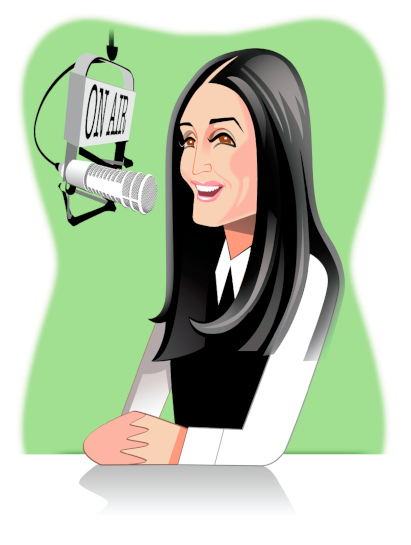 Years ago, when Jessica Malkin read in Crain’s that TEDxMidwest, a version of TED Talks, would be presented at the Museum of Contemporary Art Chicago, she knew that she needed to find a way to attend. An event that brought together industry leaders in business, technology, science, and the arts intrigued Malkin. “Back then it was really invite-only, but I was determined.” Through her networking skills and unwillingness to accept a “no” she secured a last-minute ticket that ultimately opened many doors and an unexpected future career path. Today, as Executive Managing Director & Chief Marketing Officer for Cresset, a wealth management firm and boutique family office that Malkin joined full-time in 2020, she is now at the forefront of cultivating and stewarding important conversations among global thought leaders.

“I grew up in Minneapolis in a large, blended family, so I’m used to lots of people and personalities,” laughs Malkin. She attended American University and majored in Communications and Political Science. When she moved to Chicago, her first job was in public relations at the agency GolinHarris (now Golin) then to New York-based firm Tiller, focusing on consumer, corporate, crisis work, and corporate social responsibility. The latter, in particular, was a topic often on Malkin’s mind. She regularly pitched ideas to her friend Leslie Bluhm, founder of Chicago Cares, a nonprofit volunteer organization. “She was a sounding board for me,” says Malkin of Bluhm, who at the time was looking to develop a philanthropic prize in social entrepreneurship for young adults. Malkin, in turn, suggested they reach out to Brad Keywell, co-founder of Groupon and the person behind bringing TEDx-Midwest to Chicago. At that conference, he announced that he would be launching a new initiative called Chicago Ideas Week. The model would be similar to TED Talks but would gather innovative thinkers from around the globe for a local festival of inspiring talks throughout the community. “From the moment I heard about it, I knew that I wanted to be involved,” recalls Malkin.

Soon, she was spending her lunch hours accompanying Keywell on sponsorship asks at places like NBC Universal. “It was really exciting, and I was learning a ton.” Malkin quickly became an asset to the venture. Her presence and passion helped solidify both funding and a formal position running Chicago Ideas Week with Executive Producer and Creative Director Carrie Kennedy. In 2011, she officially joined Chicago Ideas, building and running the day-to-day endeavors. “Carrie and I started with just a six-person team and were able to produce over 30 different locations in year one, hosting hundreds of speakers and delivering content to approximately 12,000 attendees.” The star-studded roster included ambassadors, authors, activists, actors, artists, and more. Justice Sandra Day O’Connor, President William J. Clinton, former New York City Mayor Michael Bloomberg spoke, among other recognizable names and figures. Many years into building Chicago Ideas, Malkin responded to a request from Keywell to support him as Chief of Staff at Uptake, which at the time was a small startup in the predictive analytics space. Additionally, Malkin served as Co-Director of the Bluhm/Helfand Social Innovation Fellowship at Chicago Ideas Week.

Today in her role at Cresset, she is honing that same talent for finding topics to spark curiosity, creativity, and positive change. “We offer an A-to-Z concierge service for entrepreneurs, CEOs, and private family foundations,” notes Malkin. She describes Cresset’s mission as a much-needed alternative to the old traditions of building professional camaraderie through outings such as golf tournaments. Similar to Chicago Ideas, Cresset is facilitating opportunities for meaningful connectivity and discourse with other like-minded individuals. “For example, we just had a peer-to-peer session with about 12 people and investor and media personality Mark Cuban, where he offered insight into best practices,” she recalls.

In 2016, Malkin achieved the dual honors of being named a YWCA Metropolitan Chicago Hometown Hero for “Promise,” and a Crain’s Chicago Business 40 Under 40. “I like to joke that I’m constantly on a three-year plan—figuring out the next step to keep going—and I have three young daughters, so everything seems to revolve around trios in my work/life balance.” Together with her husband, Joshua Malkin, the family lives downtown. “We just moved from a house in the city to an apartment because we decided that if we were staying urban then we really should have a more proper exposure to building-dwelling,” says Malkin. True to her nature, Malkin never seems to be at a loss for scoping the market in search of new adventures.