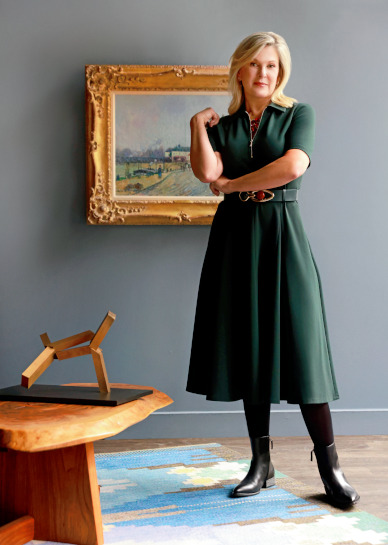 Sandra Deromedi distinctly remembers an elementary school field trip to the American Museum of Natural History in New York City. “That experience made such a big impression on me—I was just so excited that day.” It marked an important moment, even at a young age, for her understanding of how an institution and its exhibitions can visually transport people to different time periods, civilizations, and cultures around the world. So, years later, looking for a way to involve herself in the Chicago community, the Field Museum felt like a natural fit. Now, as she wraps up her position as President of the Women’s Board, Deromedi is focused on ensuring programs and events at the Field continue to inspire children and adults in an equally meaningful way.

“I grew up the fourth of five kids,” shares Deromedi, “it was a very naïve and idyllic childhood filled with the simplicity of camping vacations and trips to the lake.” After high school, she attended secretarial school and then started working at General Foods. The company had an educational reimbursement benefit, and Deromedi’s colleagues encouraged her to pursue a college degree. “They saw something in me and that gave me confidence.”

While balancing courses with a full-time job, she met fellow employee Roger Deromedi. He had joined the company in an entry-level post and was working his way up, eventually becoming CEO of Kraft Foods (Kraft acquired General Foods in 1988). 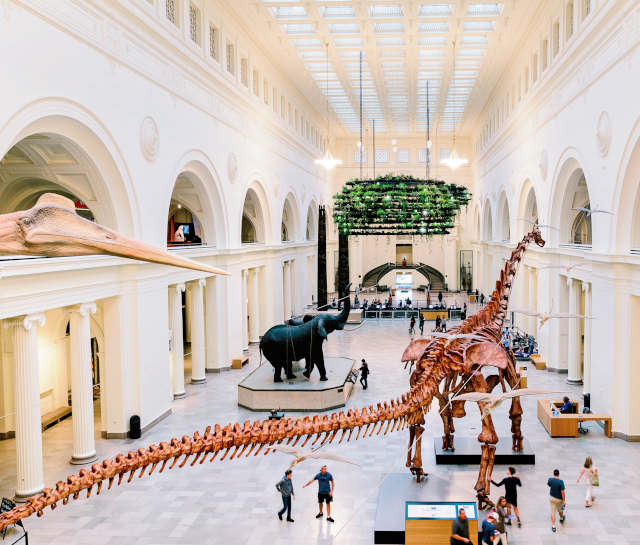 “He was a great economics tutor for me,” laughs Deromedi. The two married, and soon, with three children in tow, they were constantly on the move with the company. During those years, she focused on ways to establish a home life for the family in what were often temporary settings. “We lived in Switzerland for a bit, and just outside of Paris for a year,” she recalls, “so we took advantage of living in Europe with many car and train excursions and hit the ski slopes.” When they finally returned and headed to the Midwest, making Lake Forest their permanent residence, Deromedi knew that she was ready to plant some roots of her own.

“One of the things I learned when we were abroad is how your friends can become like your family.” That’s why fostering relationships through the Women’s Board is not something she takes lightly. To start 2021 off on a positive note after the onset of the pandemic, she asked every member to create a three-word mantra that defined their sense of involvement and mission. “I had mugs made for each of us with the chosen words and at meetings, we can turn the cup to what best expresses our intent or feeling for the day.” Deromedi’s enthusiastic spirit stems from a deep understanding that, for nonprofits to thrive, engagement is often as critical as money. “I can make a proposal but if there isn’t passion in that pitch, then it really won’t be worth much in the long run.” 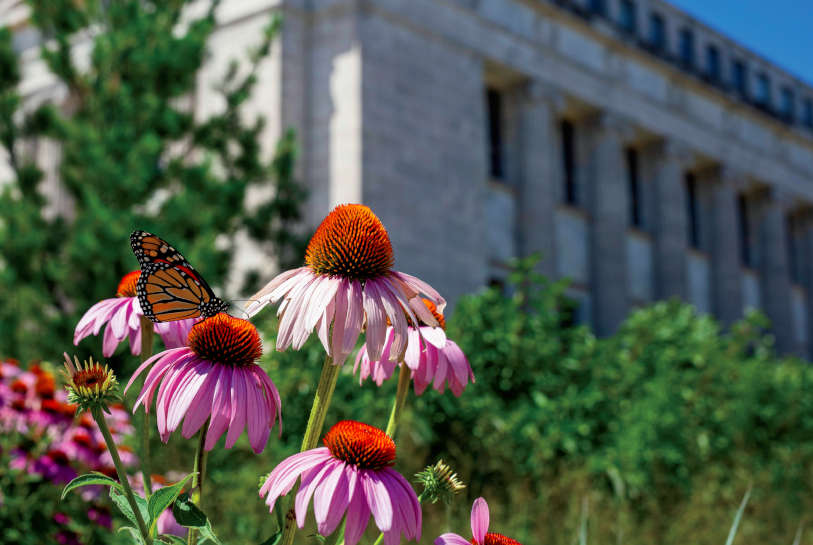 Deromedi works closely with the Field’s President and CEO, Dr. Julian Siggers, to ensure the Women’s Board is aligned with top priorities. In 2016, the Board agreed to raise $2 million for a restricted endowment to the Field’s Learning Center. “When I took on this leadership role, I realized this campaign was ending on my watch. I’m really proud of how our Board came together and exceeded our goal for what is now known as the Kimberly White Youth Engagement Endowment of the Women’s Board—it’s amazing,” says Deromedi. Events such as the last year’s virtual “Women in Science” luncheon honoring Kristine Tompkins, the co-founder and president of Tompkins Conservation, UN Patron of Protected Areas, and former CEO of Patagonia, Inc., also help to achieve critical fundraising initiatives. This May the gathering will be held in-person and features Dr. Kim TallBear, an Indigenous woman and Professor of Native Studies at the University of Alberta. The luncheon coincides with the opening of an updated permanent exhibition: Native Truths: Our Voices, Our Stories. “Every time I read how this show was created with the guidance of an advisory council of 11 Native American scholars and in partnership with 125 collaborators representing more than 100 Tribes, I get emotional.” 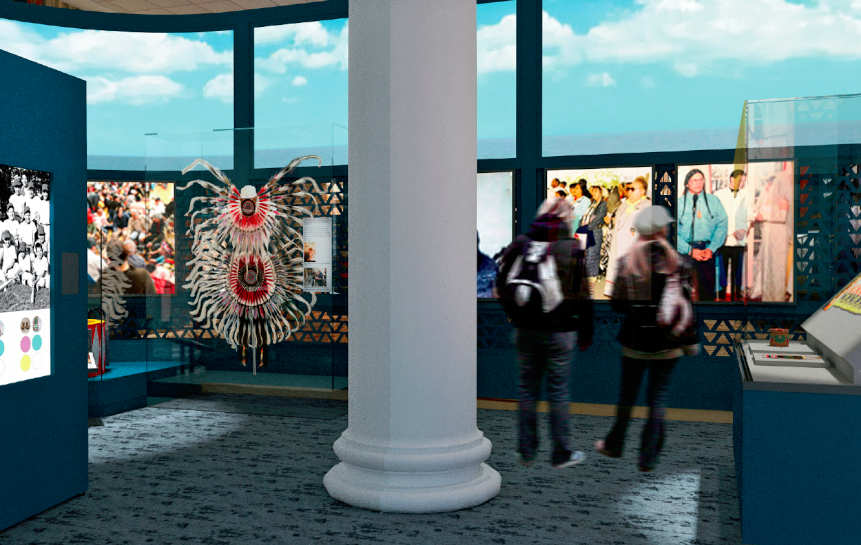 The Women’s Board also recently raised $100,000, for a gift in memory of Lynika Strozier, a gifted young biologist and researcher in the Pritzker DNA Lab, who passed away from COVID-19. Strozier began her career at the Field through the Woman in Science Internships. Funded by the Women’s Board, this program offers 10 paid summer-long internships. “This gift will be for future interns to not only follow in her footsteps but know about the legacy she left here,” shares Deromedi.

“I was an incredibly shy child, and it wasn’t until I worked for a large corporation that I felt comfortable coming out of my shell and presenting in front of others.” That’s why her strength in outreach and development on behalf of the Field feels even more rewarding. “I really enjoy it, and I care so much about everything happening there that it pushes me to be my best.”

After traveling far and wide, it is unsurprising Deromedi’s favorite spot at the Field is the Griffin Halls of Evolving Planet. Today, she frequently takes her grandchildren to look at the dioramas, a fitting tribute to her lifelong belief in the transformative power of museums.