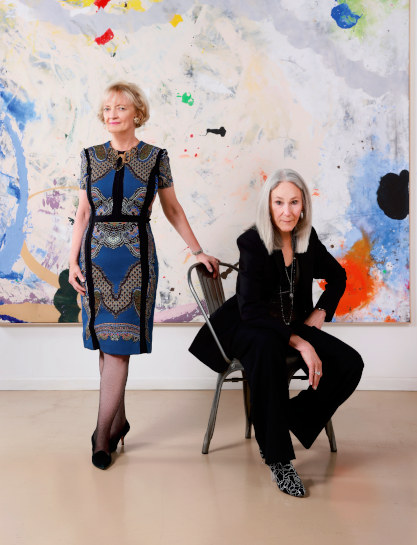 When Helen Zell moved to Chicago in her early 20s, she was eager to begin a new job in educational publishing and to embrace the cultural life of the city. On lunch breaks from her role as Assistant Editor at Science Research Associates, she frequently explored the galleries at the Museum of Contemporary Art Chicago (MCA), conveniently located a block away on Ontario Street. A favorite evening out often included tickets to a performance by the Chicago Symphony Orchestra (CSO), or a play at Steppenwolf Theatre. All this, while balancing the demands of motherhood left little time for much else.

“My happiest childhood memories,” recalls Zell, who grew up in Baton Rouge, Louisiana, “include reading in bed (past my bedtime) with a flashlight, arranging my collections of books and dolls in my bedroom, and listening to the scratchy recordings of Beethoven’s Violin Concerto or Gilbert and Sullivan frequently playing in our home.” Zell’s father was a chemical engineer who worked for the Ethyl Corporation until he retired. He met her mother at the University of Michigan while both were graduate students. “My mother had a master’s degree in mathematics but, instead of getting a job, opted to stay home to raise me and my two brothers. She was also passionate about high-quality public education and issues related to the Jewish community, eventually taking on leadership roles in a variety of volunteer organizations.”

Like her parents, Zell went to the University of Michigan, graduating with a degree in English Language and Literature. She met her first husband there and attended her first CSO concert—Jean Martinon conducting Debussy’s La Mer—presented in Ann Arbor’s Hill Auditorium. Zell was already familiar with the joys of music-making, having studied piano in her youth and participating in a piano quartet with fellow students. In Ann Arbor, she also dabbled in guitar. “I wanted to be like Joan Baez,” laughs Zell. It was classical music, however, that had the power to stir her emotions, much like the poetry and prose in her literature courses.

After settling in Chicago, Zell enjoyed a fulfilling 12 years as a Project Editor, publishing textbooks and innovative reading programs. When her company shifted its focus from print to digitization, Zell decided to try something new—or old, depending on your perspective. She studied interior architecture at the Harrington College of Design and repurposed a childhood passion for decorating her tiny bedroom to starting a small business as a sole practitioner creating residential interiors. Later, she worked in sales and press communications for Michael Heltzer, a furniture designer and fabricator in Chicago.

In 1995, while wandering through a Navy Pier art fair, Zell ran into an old acquaintance from her college days, Sam Zell, founder and Chairman of Equity Group Investments. Both recently divorced, the pair reconnected and eventually married. In the last 25 years they have forged a partnership of mutual support and philanthropy focused on the University of Michigan, Jewish schools and foundations, early childhood, public education reform, and Chicago cultural institutions and public spaces.

A third career for Zell emerged: Executive Director of the Zell Family Foundation. With Sam’s encouragement, she also accepted the role of Board Chair at the MCA. Later, she was elected as the first female Chair of the Board of Trustees of the Chicago Symphony Orchestra Association (CSOA). “In the ’50s, my father chaired the board of the Baton Rouge Symphony,” recounts Zell. The organization was on “life support” at the time, and he spearheaded a capital campaign along with much needed managerial changes. The Baton Rouge Symphony recently celebrated its 75th anniversary in good fiscal, as well as artistic, health.

It is not surprising that Zell’s focus on long-term financial sustainability was paramount during her tenures at both the MCA and the CSOA. And, in the same way her parents were her earliest and most influential mentors, she maintains close ties with those organizations whose missions reflect her passions. Zell’s current role at the CSOA: to complete the “SEMPRE ALWAYS” campaign, with a goal of $175 million to ensure the long-term sustainability of a crown jewel in Chicago’s cultural landscape. 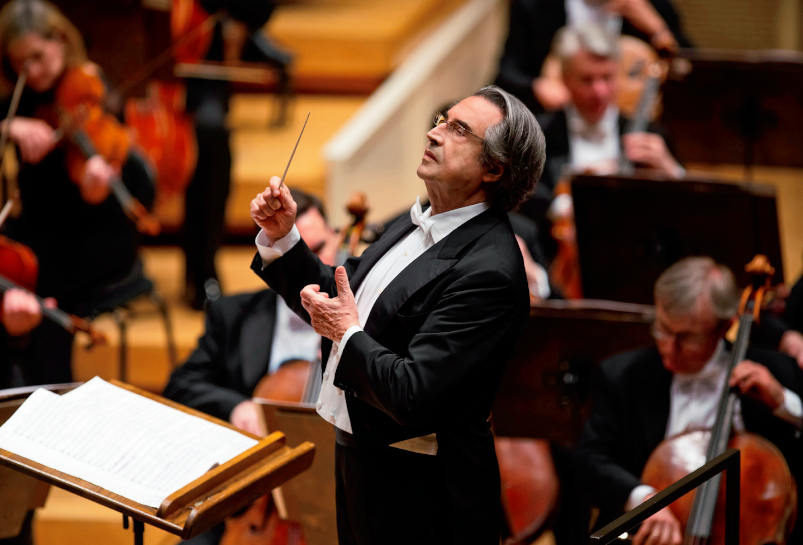 “My life has really been shaped by music and books,” says Mary Louise Gorno, who recently took over as Chair of the CSOA. Born and raised in Detroit, Michigan, home of Motown and known as the Motor City, it might be assumed she knows a thing or two about both music and cars. “I actually don’t play an instrument, I’m embarrassed to say. And, I didn’t get a red Mustang when I turned 16,” laughs Gorno. What she does entertain are the special memories she possesses from weekends spent on family outings to performances of the Nutcracker and Beethoven’s Symphony No. 9 at the Detroit Symphony Orchestra. These experiences imparted to her an appreciation for stories and music and led to the opportunity to head one of Chicago’s most prominent cultural and educational institutions.

“My father was an Italian immigrant and my mother a French Canadian,” shares Gorno. “Assimilation was very important to them, so much so that we didn’t speak any other language than English at home.” As a teenager, in lieu of a car, her parents gave her a surprise summer abroad in Paris. “That was a life-changing trip,” she recalls. It prepared her to think about the world more broadly. She attended St. Mary’s College in South Bend, Indiana, majoring in economics, and then at the request of her father, moved back to Michigan for a year to substitute teach in the public school system. “He was a businessman, and had very clear ideas about responsibility to give back to our community,” notes Gorno. “I remember once he overheard me telling the office that I wouldn’t be available for the classroom that day—my reasoning, as I later explained to my father, was I had tickets to see the Detroit Tigers in the playoffs. Sure enough, I was not found in the stadium for that game.” This experience and time with students of varying ages and backgrounds gave Gorno a wider perspective on her career goals.

Soon, she moved to Chicago, obtaining a Master of Science in Journalism at Northwestern, and an MBA at the University of Chicago where she now also serves as Vice Chair of the Board of Trustees and Chair of the Board at the Smart Museum of Art. Gorno began working at the advertising agency Leo Burnett, rising to a senior executive and managing global accounts such as The Walt Disney Company and Reebok. Today, she is Managing Director of Ingenuity International, an executive search firm, dealing with Fortune 500 companies. “Meeting people, considering their strengths and weaknesses, and evaluating what makes a good fit,” according to Gorno, are qualities that also allow her to equally connect with individuals and institutions on a philanthropic level. She has been closely aligned with CSOA predecessor Helen Zell, and CSOA President Jeff Alexander, to ensure a safe passage through the pandemic. The development of CSOtv, an on-demand platform for virtual viewing of current and archived performances, offered a big boost to outreach the last two seasons. It is Gorno’s hope to maintain this momentum for the future. “I often wonder what the symphony will look like in five years, how much will be the same, and what will we need to change.”

For now, she knows a sense of “comfort” for patrons is critical for a smooth transition back to in-person gatherings at the CSO. “Music lifts us up, our mood, our energy, our sense of self, regardless if it’s jazz, gospel, or classical.” This ability to overcome any barrier, and to promote that for others, is just the type of ride Gorno’s parents probably intended for her all along.

For more information about the CSO, visit cso.org.