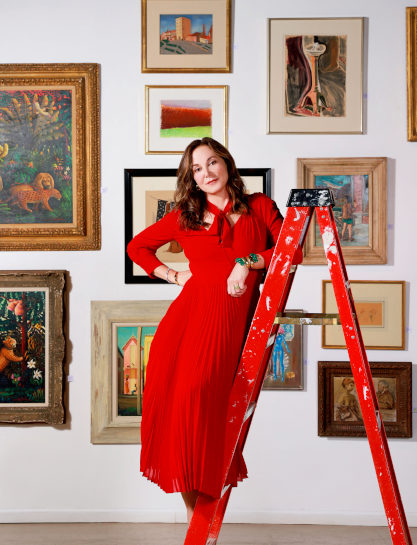 Cari B. Sacks’ journey to Chair of the Board of Trustees at the Museum of Contemporary Art Chicago (MCA), began with her educational choices. In college, she majored in psychology. “I became a therapist for my friends when they would call with problems, but that’s the extent of my degree,” jokes Sacks. She also received a Master’s in Early Childhood Development from the Erikson Institute and spent time working with children around their social and emotional growth. “I was often the one in the room doing play therapy with kids as they were being observed by professionals—it always amazed me how much could be learned from those simple interactions.” After attending a series of lectures at the MCA, she was moved to pursue art history studies and enrolled in a graduate program at the School of the Art Institute of Chicago (SAIC). 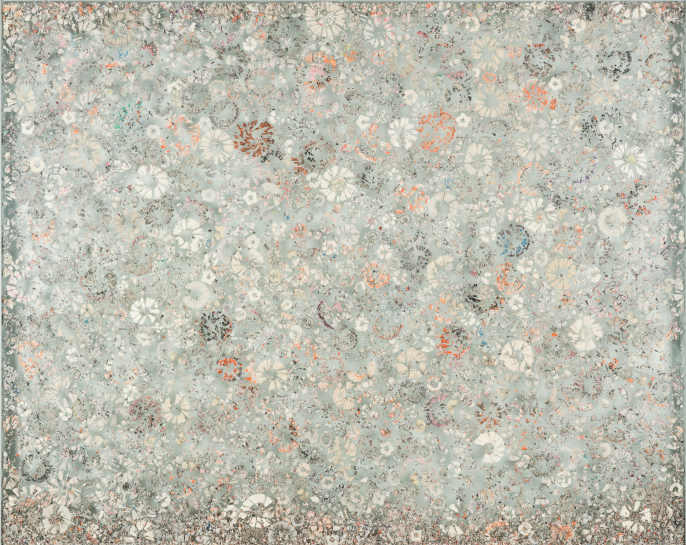 Sacks grew up in Highland Park and later raised her three children there with her husband, Michael, CEO of Grosvenor Capital Management. A passion for art: looking, thinking, and acquiring, is something they share as a couple. Curatorial practice is also important to Sacks on both a personal and professional level. In 2014, Sacks and her sister, Patti Bartelstein, a working artist based in San Francisco, created an app called CURATE. The app, which virtually places artwork in interiors, was designed as a tool for dealers and designers, but Sacks was equal-parts proprietor and patron for her extensive collection of post-war and contemporary art. 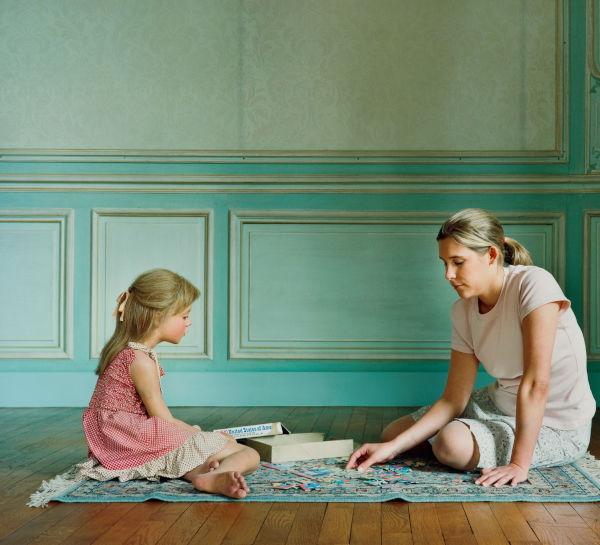 It was a Valentine’s Day gift membership from her husband during their dating days that first introduced Sacks to the MCA’s then young collectors series. “I couldn’t believe artists like Julian Schnabel and Eric Fischl were the speakers—I was in awe, forget movie stars, this was much more exciting,” laughs Sacks. She and her husband started with purchasing meaningful and affordable pieces, and, even as volume and values increased over the years, their hard rule for joint approval has not waned. This strong partnership prevails as well in a commitment to Chicago. “When the two of us realized that we had the ability to give, we sat down and discussed what felt right, and as lifelong Chicagoans going back generations, education was key.” They have established scholarships at SAIC, Erikson, and at Michael’s alma mater, Northwestern, all directly impacting students and graduates of Chicago Public Schools. These roots are only deepened by the insider perspective Sacks gained from her time in the classroom. As a graduate student at SAIC, she realized “so many of my classmates were often working multiple jobs or returning after taking time off to earn enough money to cover tuition, and that made a big impression on me.” Sacks took note of the needs of her peers and realized the potential of her active leadership. Now, she turns those talents to the MCA. 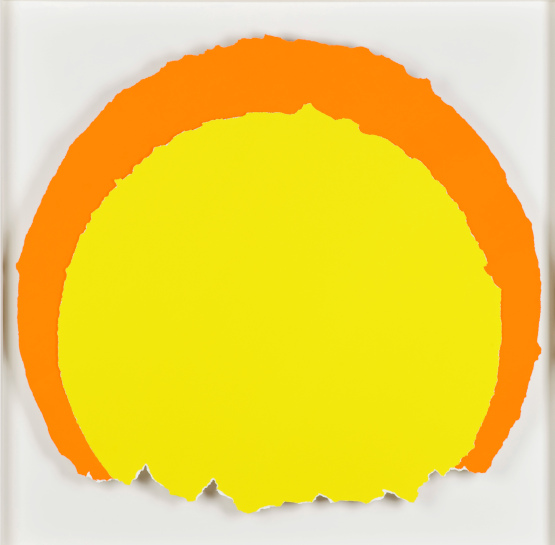 Her assessments and goals for the institution are both thoughtful and practical in approach. “I would like more equity—what vendors do we use for food and flowers, and do we provide enough growth potential for entry-level staff looking to advance in the field?” For example, as the MCA prepares to investigate new warehouse locations that will require a state-of-the-art building, they are already making considerations beyond storage. Sacks wants to find out how “can we create jobs for people in the area, and how would they like to use it as a multi-purpose place—a gathering space?” One answer she has at the ready is her unwavering confidence in the MCA’s executive and administrative team led by Pritzker Director Madeleine Grynsztejn and its ability to meet and exceed a well-known history of innovative exhibitions. From music highlighted in David Bowie Is to fashion showcased in Virgil Abloh: Figures of Speech and Duro Olowu: Seeing Chicago to the upcoming Nick Cave debut retrospective Forothermore, Sacks feels confident the MCA will continue to stay resilient, present, and never cease to challenge traditional notions of art on walls.

“Art is a reflection of who and where we are as a society—civil rights, gender rights, human rights,” says Sacks, who has been a vocal champion of women’s rights as a Personal PAC Board member for nearly 25 years. In 2019, as a Co-Chair of MCA’s Benefit Art Auction, she helped raise over $6 million for programming and arts education. Her post on President Obama’s Advisory Committee on the Arts for the John F. Kennedy Center also lends itself to understanding the myriad mediums for delivering art and inspiration.

Whether as a student, collector, or board member, Sacks is enthusiastic about her topic and steadfast in her convictions. “One of my graduate classes was on art and music, and I had a disagreement with the professor about the influence of the Rolling Stones on 20th century culture—he didn’t think there was much and I argued otherwise—I later got an apology note,” shares Sacks, proudly. Lesson learned.

For more information about the MCA, visit mcachicago.org.