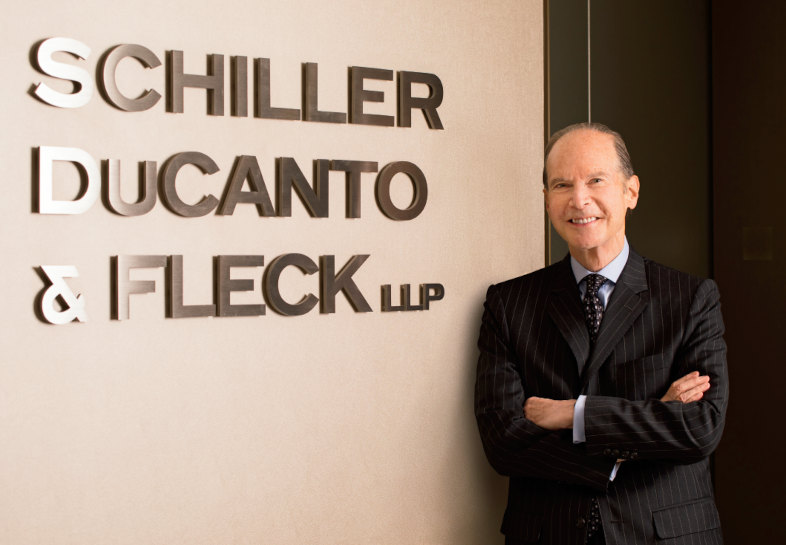 For Don Schiller practicing law has long been a family business. Schiller got his start while clerking for his father during the summers. His first venture into family law began when Schiller wrote a piece for his school’s Law Review, on the then-pending decision of whether or not Illinois should include mental cruelty as grounds for divorce. Schiller’s piece advocating for the mental cruelty admission skyrocketed overnight, and as the only research of its kind on the matter, Schiller became an expert in family law despite being a recent law school graduate.

When the concept of marital property developed in Illinois, Schiller saw the entire landscape of divorce law change drastically and become much more complicated. Suddenly, financial, estate, tax, and property law knowledge were essential to navigating a divorce case. Together, Schiller and Joe DuCanto created the law firm that would eventually become Schiller DuCanto & Fleck, LLP, where they would pioneer a new approach to divorce and family law.

“We wanted to develop a divorce practice in the model of a large corporate litigation firm,” says Schiller.

What is exceedingly unique about Schiller DuCanto & Fleck, is that over its 40 years, the firm managed to maintain the same culture of dignified practice with ethically high standards, where everyone is treated with respect. This is a direct reflection of Schiller’s own leadership prowess and commitment to respectable and successful law practice.

“I practice law with a very professional and civil approach and try to remain dignified,” says Schiller, who is also a firm believer in Theodore Roosevelt’s policy of, “speak softly and carry a big stick.”

Schiller’s philosophy has served him well throughout his career. He had the advantage of foresight and being in on the ground floor when the landscape of family law was changing. He’s had countless successes, handled many precedent-setting cases, and has been heavily involved in new family law legislation over the years.

Another career accomplishment in which Schiller takes particular pride in is his 20 years of teaching Divorce Law & Practice at the University of Chicago Law School. Schiller’s course is the longest-running class on divorce and family law that the top-tier school repeatedly offers in its course catalog; he proudly considers his work at the law school an additional part-time job. Schiller not only enjoys the study of law, but he appreciates being able to engage with the next generation of legal minds. He is constantly amazed by the increasingly high level of intellect his students possess and often finds himself learning a great deal from them as well.

Perhaps most importantly, through his ethical practice and respect for the law, his many students, and peers, Schiller has earned the respect of many lawyers and retains a positive reputation in the practice of family law. He is always keen to further his already vast knowledge of the law and enjoys learning as new laws develop and the application of existing law changes.

The key to Schiller’s practice is twofold: successful strategy and extensive experience. He notes how important it is to know and understand a client’s goals, and to advise them if their goals aren’t realistic.

“I try to give new clients an unvarnished view of what may be reasonable for them,” says Schiller. “I always want to bring calmness to the situation and take a thoughtful approach, but still be strong and firm.”

Schiller prefers to start his cases in a serious but genteel manner, when possible. His practice is guided by the reality that divorce cases don’t have a firm start and end date, that often, these are lifelong connections that are being redefined. Schiller is mindful of the lasting damage and scars that occur when a fight becomes too volatile.

He emphasizes that selecting a good lawyer and listening to them, is the greatest favor you can do for yourself during divorce and that it never hurts to have some kind of outside counseling to aid in making it through what is so often a traumatic process. Schiller’s practice has long been centered on his client’s best interest and well-being, and his career shows more than enough proof of the success that brings.