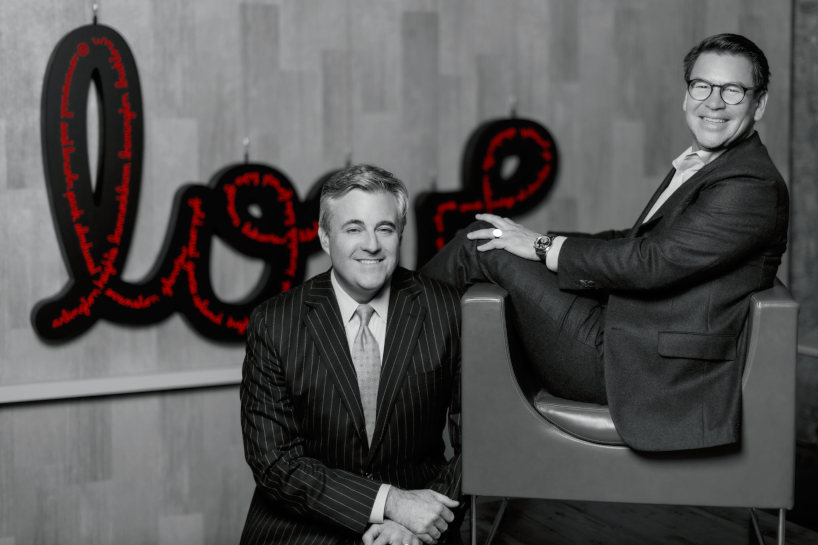 In 2000, Zadie Smith’s novel White Teeth appeared, Coldplay released its first album, and Venus Williams defeated Lindsay Davenport in two sets for her first championship at Wimbledon. These were all milestones in careers that took off big time. That same year, Chicago real estate brokers Michael Golden and Thad Wong set up their own shop, @properties. Their move didn’t make headlines around the world, but it was a major milestone for them — the first of many, the latest of which is the acquisition of Christie’s International Real Estate, a worldwide network of approximately 900 affiliate offices.

Golden (a Winnetka resident) and Wong (who lives in Lincoln Park) met in the mid-1990s while working at a small brokerage firm in downtown Chicago. Golden grew up near Boston and studied philosophy and economics at Bates College in Maine. Raised in Minneapolis, Wong moved to Chicago to attend Loyola Michael Golden and Thad Wong University and worked at the Chicago Mercantile Exchange before diving into real estate. When the two teamed up to sell new-construction and condominium-conversion developments, strategic marketing and innovation were key to their business model. 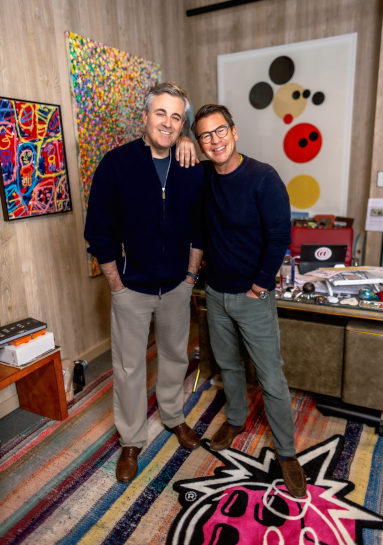 Slow but steady growth has been a hallmark of success for Golden and Wong. By 2008, @properties was the number one brokerage in the city. In 2010, the duo expanded their reach to the suburbs. Indiana, Michigan, and Wisconsin were next. In 2018, the firm partnered with Charlottesville, Virginia-based Quad-C Management, a leading middle-market private equity firm, and subsequently acquired Ansley Real Estate in Atlanta and Virginia’s Nest Realty. Today, @properties is ranked 8th on the REAL Trends 500 list of the largest residential brokerage firms in the U.S. by sales volume. In 2021, total closed volume was $21.25 billion.

Christie’s International Real Estate, a subsidiary of the renowned 256-year-old auction house, has been marketing high-end properties for more than 30 years. With affiliates in 48 countries and territories—and offices in London, New York City, Hong Kong, Los Angeles, and Palm Beach—it racked up approximately $500 billion in transactions over the past five years. Recent listings include a downtown Denver condo asking $2,795,000, a two-bedroom pied-a-terre in London’s Mayfair priced at just over $5 million, and a 17-room Manhattan townhouse (with elevator and seven wood-burning fireplaces) offered at $26.4 million.

Over the past decade, @properties—whose local listings range from downtown high-rise condos to classic North Shore estates— has devoted considerable resources to developing [email protected]™, a proprietary suite of integrated technology applications which includes marketing, transaction-management, and client-relationship management systems. This asset plays a key role in the company’s Christie’s International Real Estate acquisition. “The affiliates in the Christie’s network now have a stronger base of value that they can bring to their agents and that can help them grow their companies,” says Wong. “It’s not just a website, it’s a whole operating platform that allows agents to do their business from A to Z.”

With the purchase of Christie’s International Real Estate, @properties occupies a whole new position in the industry as one of the largest residential brokerages in the United States. “@properties is a very strong independent regional brand, and we have been working to become more national, but we are not a nationally-known household name,” observes Golden. “Now we’ve added the number one luxury brand to our offering. So if a consumer asks why hire @properties, we go through all of the things that we bring to the table—the technology, the marketing—and we can add that your property is now also going to get major exposure through our Christie’s International Real Estate network.”

It’s no news that in many markets across the country, real estate has been red-hot the past few years. And with their Christie’s International Real Estate purchase, Golden and Wong are clearly bullish on the industry. “Obviously COVID has changed the dynamic for everyone from a real estate perspective,” says Golden. “People look at their homes differently than they did two years ago. And it doesn’t feel like that’s going to change anytime soon. We do expect some moderation in 2022 and going forward, but we still expect the market to be strong.” Stay tuned.