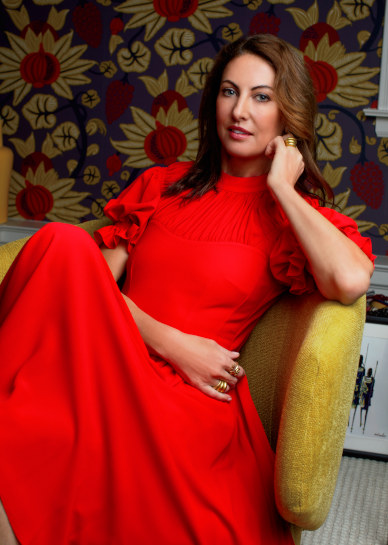 North Shore-based Liz Prior spent 25 years in advertising, co-founding a digital agency in 2006. As she approached the 15th anniversary of launching her own business, Prior began thinking about another venture that would allow her to use her years of experience in a more meaningful way. “Work has always been such a big part of my identity,” she says. “My kids were getting older and I was going through a divorce, so it felt like the right time to invest my time in something new and purposeful.” 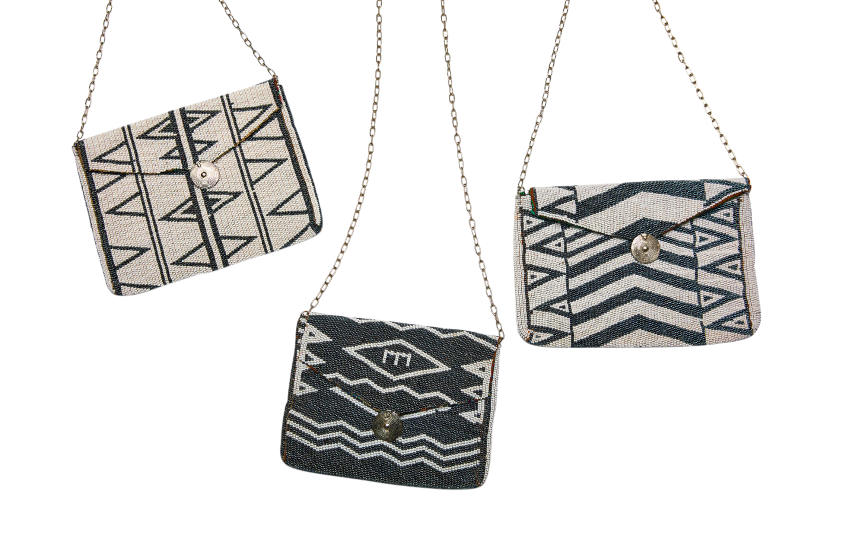 A seed of an idea eventually grew into what is now Rowan Collective, a lifestyle brand with a mission aimed at increasing women’s income in developing economies around the globe by leveraging both their diverse artisanal skills and the raw materials of their regions. The goal? To improve their lives as well as the lives of their children and communities.

Influences came together to inspire Prior in launching Rowan Collective: international travel and charity.

From 2015 through 2018, Prior had taken a variety of trips abroad with her children, including two service trips to Central America. “We visited orphanages in Guatemala and Nicaragua, then traveled to Tanzania and Ecuador, and I was struck by the amount of handmade goods being produced primarily by female groups in all of those places,” says Prior. 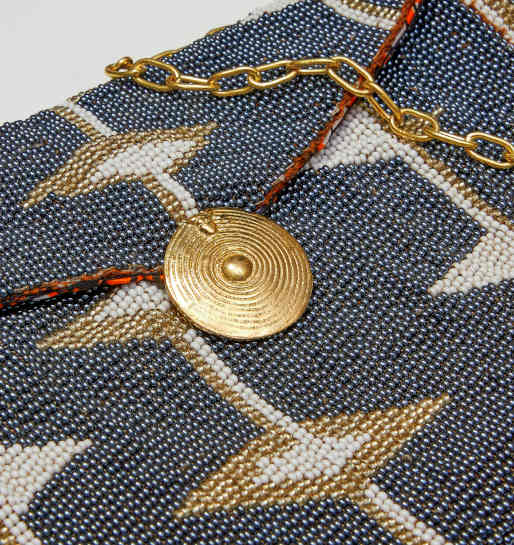 At the same time, Prior become involved with Every Mother Counts, a non-profit organization founded by Christy Turlington Burns dedicated to making pregnancy and childbirth safe for every mother, everywhere. One of the tenets that stuck with Prior is the idea that when you can get income into the hands of women in developing economies, they typically reinvest 90 percent of that money back into their families and communities for needs like healthcare, clean water, solar power, and education.

Those experiences combined to shape the concept of Rowan. Prior spent the first 10 months of 2018 in planning mode, making contacts with local artisans and vendors, traveling to meet potential partners, and finalizing an initial assortment mix. 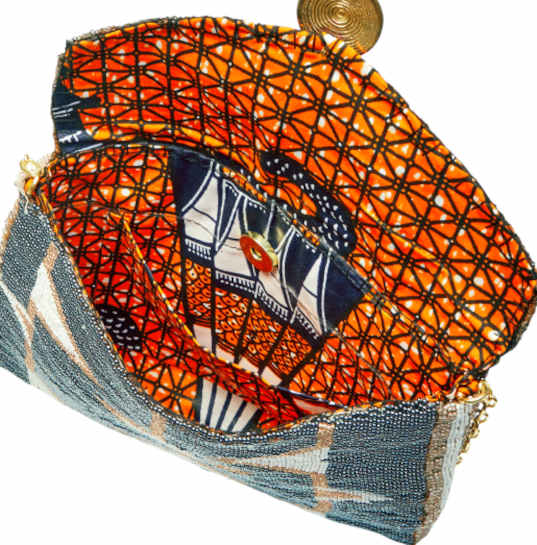 “I landed on Kenya as a country to launch with, as I have a close friend who was born and raised there and knew she could help me navigate some of the logistics,” says Prior. “I visited in January 2019 and covered 1,500 miles in seven days checking out a variety of beading centers, leather tanneries, and other vendors, such as the metalworkers who would eventually create our debut jewelry collection.”

Prior later replicated her trip in Peru, a country she chose thanks to its rich textiles and intricate weaving technique. Rowan works with 20 different Quechuan communities in the Sacred Valley, a region known for alpaca farming. Women in the area create textiles through a process that involves shearing, foraging for plants that create vibrant colors, boiling, spinning, and eventually weaving to create a beautiful and completely unique end product. 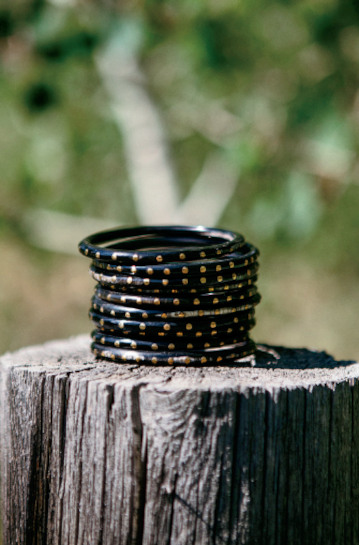 “Launching Rowan has required me to be resourceful beyond all imagination,” says Prior. “But my commitment, and what I’m most passionate about, is when I travel into the field. It resets my purpose. When I visit the women’s homes and communities, I am reminded of the barriers to their daily lives and that’s really what motivates me.” 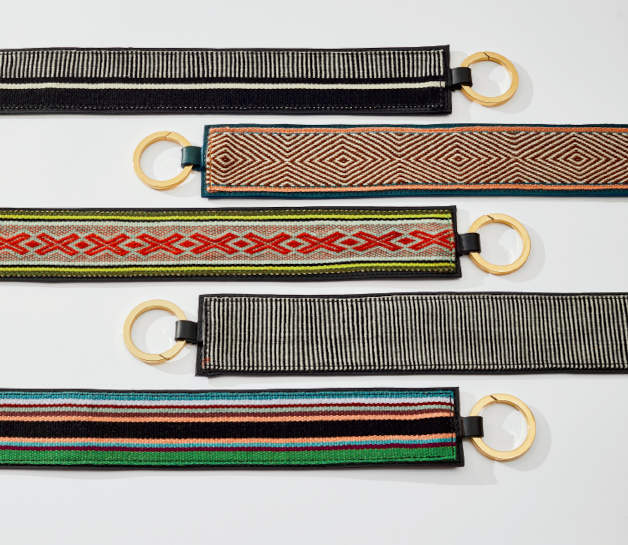 The first collection of 100 signature Rowan totes debuted in holiday 2019 just for friends and family, and Prior nearly sold out by January 2020. Now, Rowan offers everything from jewelry and handbags to apparel and accessories, all of which pay a daily wage to artisans that is 50 percent to 60 percent above average in each respective Rowan partner country.

“Seventy percent of the of 1.5 billion people who live on less than $1 a day are women and girls,” says Prior. “Studies go so far as to say the key to eradicating global poverty is getting money into the hands of women. When you think about the economic drivers in developing countries, agriculture is often first and then artistry. But women are typically prevented from owning land in these societies, so they turn to artistry.”

Female artisans who work with Rowan—through a conduit nonprofit organization— are able to work from home with a flexible schedule that allows time for other household responsibilities. They are guaranteed income, no matter if the product sells. Rowan provides all of the raw materials, so the artisans pay nothing out of pocket and do not have to travel to local markets to try and sell their own wares. Instead they can focus on their non-paid work responsibilities at home, squeezing in artistry work when it’s most convenient. 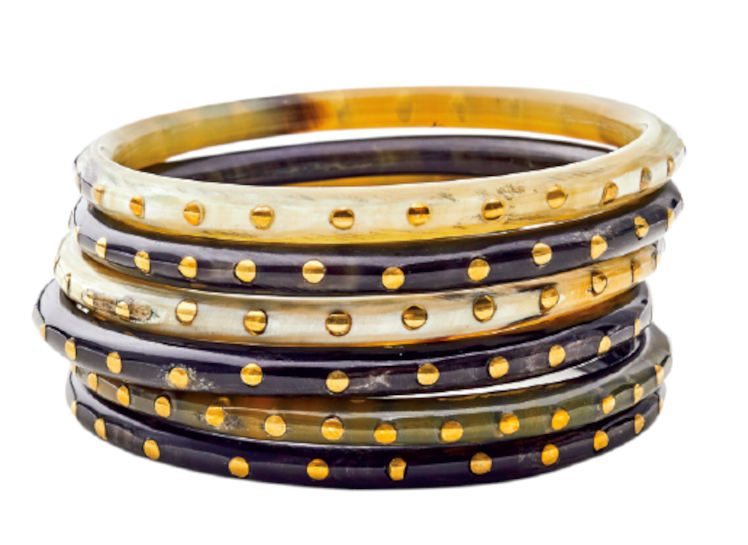 Part of the Rowan mission is also skills transfer, and Prior typically packs a duffle filled with tools and materials to share with artisans when she visits Rowan’s partner countries. In February, Prior discovered a young Kenyan accessories designer Lana Trzebinski, who has a contemporary and youthful collection of hand-embellished beaded garments and a jewelry collection. 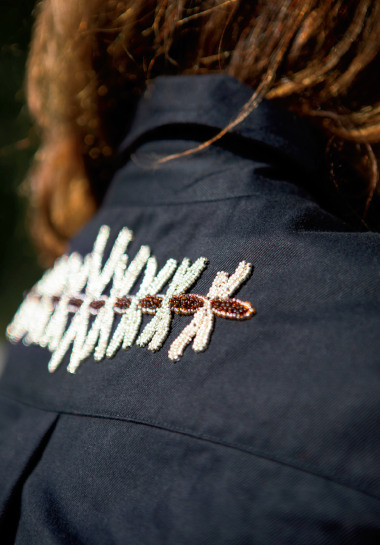 Prior asked Trzebinski if she’d be willing to do a skills transfer program with Rowan’s beading group in the Maasai Mara region of Kenya and, in July, the duo hosted their first-ever three-day workshop with 11 hand-selected women. “The women we chose had to sign a contract committing to the program and obtain their husband’s permission to travel to the beading center for three days to learn the patterns,” says Prior.

They produced a collection of 60 pieces and with the income earned from the project, the women developed a small soap-making business in their community. 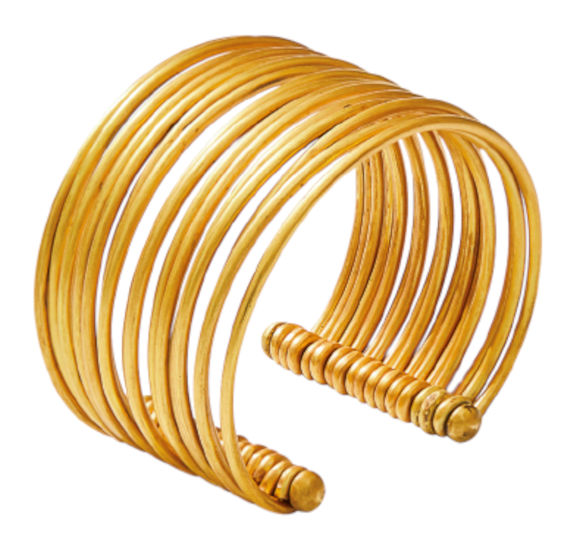 Prior has also been supporting a rural school in Kenya near the beading center that Rowan partners with on the Mara. Teachers had been working on a volunteer basis, and schooling costs roughly $90 a year per student. When COVID-19 hit, enrollment dropped from nearly 70 kids to less than 20. “I took my 14-year-old son to visit in February, and we stopped by the school,” says Prior. “We were shocked at the state of the school. COVID has had a massive economic ripple effect in these communities. Parents couldn’t afford the fees so kids had dropped out of school.” 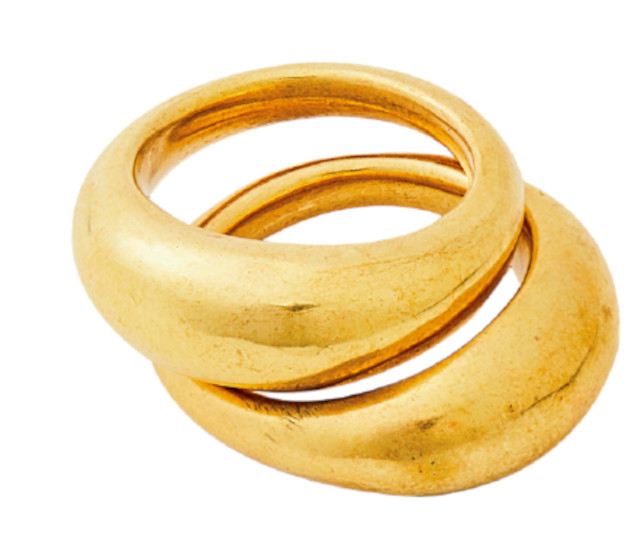 Prior launched a face mask campaign and produced roughly 200 masks that were sewn by a female tailor in Nairobi. Proceeds from the masks combined with two underwriters provided $10,000 to operate the school through the year. Prior is also helping register the school, so it can hopefully become a government-run, government-funded school in the next few years.

“Enrollment is now at 90, and each child is given one free meal a day,” says Prior. “Seeing that come to life has been a major milestone. Next up, we’re targeting several artisan groups in Morocco, a country rich with a history of weaving, ironwork, leather making, and embroidery. I am excited to expand the collection and share more hand-made beautiful products with the American market.”