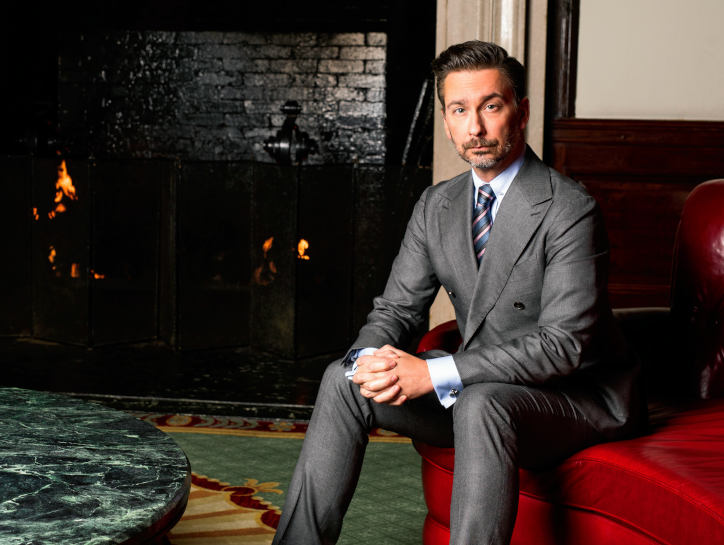 An experienced divorce trial lawyer who also teaches litigation to practitioners at a nationally renowned trial institute, Brendan Hammer is one of Schiller DuCanto & Fleck LLP’s shining stars in family law. Named as one of Crain’s “Most Influential Minority Lawyers in Chicago,” Hammer brings a unique, psychologically sophisticated approach to matrimonial and family law litigation.

Hammer specializes in complex and high conflict divorce and custody litigation on behalf of high net worth clients and their spouses. Most often, Hammer is brought in after mediation or negotiation proves unsuccessful, and where litigation has become the last resort.

In a field where litigation is typically very reactive, Hammer has both the patience and understanding that divorce is not “normal” litigation. While going directly against the grain may seem the obvious solution in this type of litigation, Hammer’s strategy is one that centers on patiently applying a higher psychological and emotional intelligence which can then allow for greater maneuvering. Instead of coming to a stalemate or impasse in his litigation, Hammer has found much greater success in either seizing strategic emotional inflection points to then craft creative solutions or exploiting tactical openings that can also help the process progress and continue to move forward.

“The litigator’s ultimate goal is to attain the client’s subjective goals as quickly and as painlessly as possible,” says Hammer. Hammer has been able to fine-tune his approach over the years due in large part to his extensive courtroom experience and continued success in family law. After a decade and a half of successful litigation on some of the area’s largest and most complex cases, Hammer has developed a deep understanding of the many different relationship dynamics at play in a divorce— and he brings a very human element to a process that is often so easily villainized by remembering and recognizing that while a marital relationship may legally dissolve, that doesn’t mean that it just disappears overnight, it merely evolves into a different kind of family relationship.

Hammer emphasizes that litigation isn’t just going to court and interrogating witnesses, but helping to prepare a family for life after divorce, particularly when children are involved.

“Helping people agree to do what is child-centric and in the child’s best interest is always the best litigation strategy,” says Hammer.

Hammer always keeps in mind that clients on both sides of litigation are still in some degree of contact and that each party at one time enjoyed a high level of intimacy. Hammer believes that it is the job of a skilled attorney to understand deeply the intricacies of the spouses’ relationship roles and their interpersonal dynamics in order to be able to use that understanding to the client’s greatest advantage.

Although an excellent litigator, Hammer is also well-practiced in alternative dispute resolution such as mediation. The privacy and party-control of alternative resolutions also allow for “a more artisanal and bespoke resolution,” says Hammer. And such processes can be a great option for privacy and discretion-concerned parties. In these alternative resolutions, Hammer’s experience as a litigator actually helps his clients, because he knows well the real-world benchmarks of how a judge would react. His success and experience in both arenas work in tandem and complement each other, and Hammer’s own practice quite well.

Hammer is in demand and works on or consults in cases outside of Illinois as well, particularly in intricate and complex out-of-state custody and relocation cases, which is a testament to both his vast scope and unparalleled value as a divorce attorney.

In addition to his experience as a litigator, Hammer also draws on his own personal experience of going through a divorce with his ex-wife (who is also a divorce lawyer). Hammer and his ex-wife were featured in a 2019 New York Times article on how they were able to maintain an amicable relationship and continue co-parenting post-divorce. His own experience helps to inform how he practices, and Hammer understands the overwhelming emotions divorce can bring on and he’s empathetic to it, having lived through it himself. But Hammer also knows that a peaceful and cooperative future is possible—he’s living proof of it.

Another key component of Hammer’s success originates in his own daily meditation and mindfulness regimen, which he has been personally practicing for the last 25 years. The point of a meditative or mindful practice is to help quiet your mind so that you can allow yourself to experience and non-judgmentally observe your sensations, surroundings, thoughts, and feelings in a state of higher awareness and then let those emotions, thoughts, and sensations rise and fall away.

In his legal practice, Hammer has found that his meditation practice helps him quiet down the noise and animosity of legal proceedings and allows him to focus and hone in on the essential heart and signal of a case.

“It brings and opens a space for greater creativity, greater calm, and greater focus—as a litigator, that’s critical,” says Hammer of his meditative practice.

Hammer is a huge advocate for meditation and mindfulness as a form of self-care. He is in such support of meditative practices that Hammer lectures and presents frequently on the topic to legal colleagues and serves on the Advisory Council of the David Lynch Foundation, an organization committed to bringing meditation to at-risk communities throughout Chicago.

Hammer studied law at DePaul University, but before that, he pursued studies in the performing arts during his undergraduate years at Indiana University, which has surprisingly helped inform and guide his legal practice as well.

In his years in family law, Hammer has found many parallels and similarities between litigation and the performing arts. Both require persuasion, a bit of theatricality, an ability to empathize, and the need to identify what will resonate authentically with an audience.

If the courtroom is another type of stage, then Hammer’s role is to be the narrator and storyteller on behalf of his client. And it is his skillful and nuanced delivery of this story that often can be the factor that ultimately persuades the judge.

“Effective advocacy is being able to get into that role as storyteller and deliver for a client,” says Hammer.

Hammer is adamant that when deciding to embark on divorce proceedings, a client must vet their potential attorneys extensively. By vetting and developing an understanding of how a potential attorney may approach different elements often involved in divorce—such as property, finance, and children—you can help determine if the attorney’s track record, experience, and approach will align with how you want to proceed as well. Hammer also advises that going into the vetting process with clearly defined goals and having several hypothetical questions prepared will make the process of attorney selection and vetting more informed and a bit less complex.

While in the process of getting divorced, Hammer encourages litigants to be active co-participants in the proceedings and not to completely outsource everything to lawyers. He also advises not to get mired in the minutiae: not letting the small issues get in the way of the bigger ones. And above all, keep open and honest communication with your lawyer, and own your past to look toward a better future.

Hammer is confident that his unique approach, emphasizing a psychologically sophisticated lens on the internal dynamics of divorce, is what leads to productive and successful litigations, where it’s not just about winning, but about how and when you win as well.