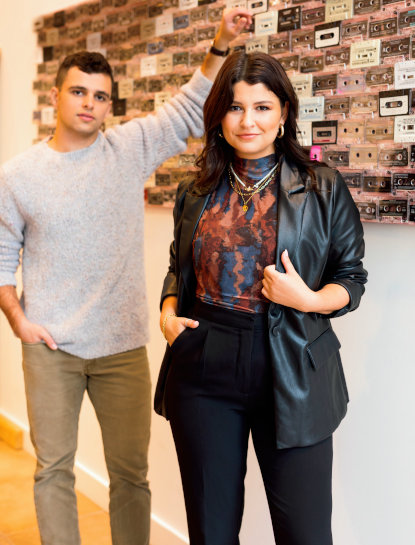 Kira Kessler has always loved expressing herself through fashion, from when she only dressed in pink or purple at three years old to now as the Co-CEO of family-owned clothing boutique Rock N Rags.

For 20 years, Kessler’s father Steve Kessler owned CD City, a record store in Highland Park. With the rise of the digital music era, however, customers ceased buying CDs and records almost altogether, forcing the Kesslers to think about their next step.

“It was a tough time for our family,” says Kessler. “We rapidly went from a successful business to one no one wanted or needed anymore. I worked at [fashion retailer] Free People in high school but realized I should be helping my family instead.”

So, Kessler began supplementing the merchandise assortment at CD City with band- and music-related apparel. She launched an Instagram account for the store and asked her friends to model. When the funky tees took off on social media, the Kesslers closed CD City and headed to Vegas on a buying trip for what would eventually become Rock N Rags. 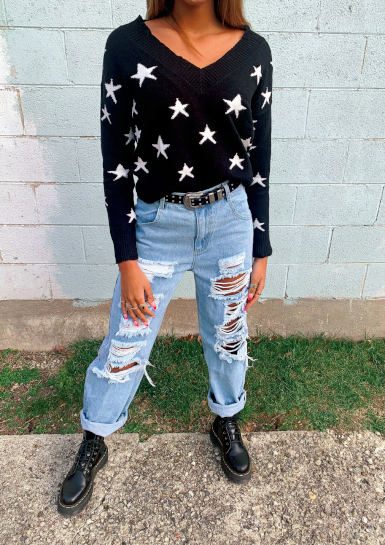 From that point forward, Kessler made plans to one day take over the store. She studied business and apparel merchandising at Indiana University, then headed to New York City to work as a buyer for Macy’s (“I basically spent my days pricing 30 different styles of Dockers pants,” she jokes) and, later, joined a digital marketing agency where she focused on paid marketing campaigns.

“It was very calculated,” explains Kessler. “I wanted to gain the skills I’d need to make Rock N Rags a success. I learned so much from working for other people about ways to run my business. At a large company, you sometimes feel like just another player in the game. I never want my employees to feel like that. I find gratification in impacting people in a positive way.” 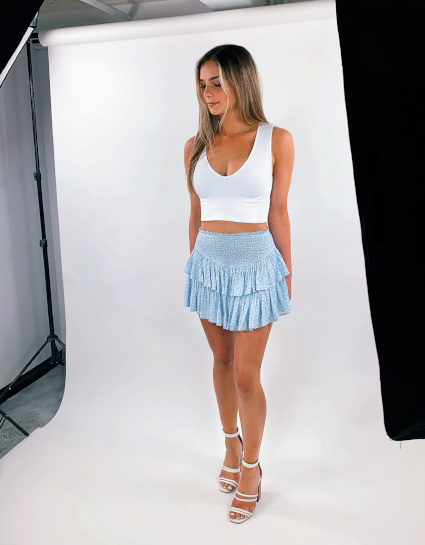 While still in New York, Kessler’s brother David began building the Rock N Rags website and packed every single order himself. While the Kesslers are at the heart of the brand, they refer to all 50 employees—along with Rock N Rags’ dedicated clientele—as part of the extended Rock N Rags family.

They’d planned to launch the new site on January 26, 2020 and, just weeks before that date, a few Rock N Rags interns recommended the brand join social media platform TikTok. “David heard that being on TikTok then was like investing in Apple in the ‘80s,” says Kessler. “We couldn’t pass that up.”

They were making three-to-four TikToks a day, mostly focused on styling advice and fashion trends, when suddenly one of their videos went viral in early January 2020. 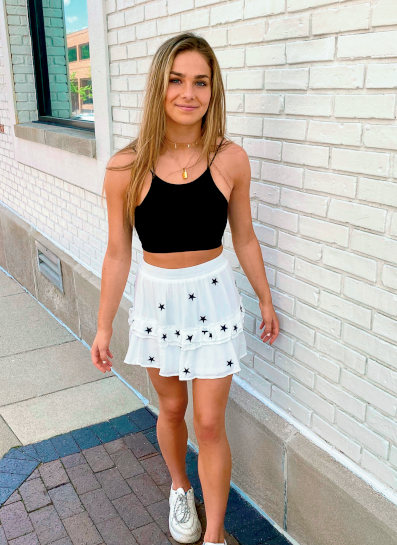 Dancing in the Moonlight skirt

“My New Year’s resolution had been to go viral,” recalls Kessler, who adds the Rock N Rags email list grew from 500 to more than 50,000 by the website launch date. “It changed everything for us. We were getting new followers and requests faster than we could process. It was a game-changer, and I can’t believe the reach. We have shoppers from New York and London who say Rock N Rags is the first stop they make after landing in Chicago.”

The goal this year? Ship to 50 countries, and Kessler says they’re already at 48, including destinations like Australia, New Zealand, South Africa, the United Arab Emirates, Israel, and more. The team keeps a map in their photo studio and fulfillment center—on the lower level of the shop—in which they stick a pin every time a sale in a new country is made.

“That’s what’s special about a small business,” says Kessler. “You’d never know looking at the website, but there are real people on the other side jumping up and down because of a sale.”

Most of the international orders are for Rock N Rags exclusive designs, including their bestselling Sunshine Daydream skirt with a smocked waistband and two layers of ruffles. It’s named after a Grateful Dead song in homage to the brand’s roots, marrying Steve’s love for music with Kira’s passion for fashion. Rock N Rags has sold tens of thousands of units of the skirt this year alone.

Skirts are the brand’s bread and butter, but Kessler says she’s seeing a trend toward brown hues, shackets, and funky pants for fall and winter this season. She’ll pair the Sunshine Daydream skirt with a sweater, tights, and over-the-knee boots to transition the style into colder weather.

The Rock N Rags team is now in the process of moving into a larger-scale warehouse with plans to expand and scale throughout the country. One thing that will always stay the same, however, is Rock N Rags’ mission to empower women to feel confident in their own skin. To that end, the brand only uses real women models made up of customers, employees, and women who inspire them.

“The North Shore is not always the easiest place to grow up,” says Kessler. “I felt a lot of pressure to fit in and to be able to afford the next big trends, like True Religion jeans or $300 homecoming dresses, which just wasn’t a reality when my family was struggling to sell CDs in a digital age. I was always asking myself, ‘What’s wrong with me?’ I want young women to know that there is nothing wrong with them if they can’t afford the next big trend or don’t feel like they are fitting in. I want girls to come here and feel safe, good about themselves, and know that the team behind the counter will be kind and hype them up.”

Kessler is most proud of the customers they’ve helped, like a mom who sent a note that her daughter typically cries in fitting rooms but had an amazing experience at Rock N Rags or the teen fearing sorority rush who found confidence in the validation from the Rock N Rags sales team.

“What I’ve realized is that we are selling so much more than clothes,” says Kessler. “Anyone can sell you clothes. It’s about the way you make people feel about themselves. We want every person who enters Rock N Rags to leave feeling better than when they entered.”

Next up, the team is eyeing spaces for a second location in the Chicagoland area and is remembering to practice gratitude during their “Feel Good Friday” reflections.

“My dad and brother are my best friends in the world, and I feel really fortunate that we have such an amazing family dynamic,” says Kessler. “Rock N Rags would never be what it is today if it weren’t for my dad starting the business years ago. I lean on him for everything and am so blessed we are able to work together. We have big plans for the future.”