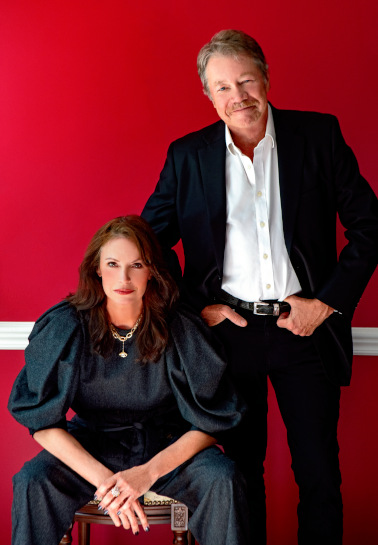 Utter the words “Sheridan Road” and the listener’s mind might conjure up images of stately homes and soaring high-rises or recall a vivid fashion shoot within the glossy pages of this magazine. Thanks to the efforts of Maryilene Blondell and Jim Kreutzer, the team behind Sheridan Road Productions—a Lake Forest-based international television and film development and production company—these words also invoke images of creativity that celebrate optimism and tell unsung stories.

When choosing a name for their production company, Blondell and Kreutzer deliberately chose one to reflect their longstanding ties to the North Shore and their appreciation of all things Midwest. Blondell grew up on the North Shore – two of her brothers even appeared in several films made by the iconic North Shore filmmaker, John Hughes. After working in London with the BBC and on both coasts on various creative projects, Blondell returned to Lake Forest where she raised her three daughters, Estee, Anafrancesca, and Lieselle. Blondell describes, “Lake Forest as a meaningful place for both of us. So, we wanted to bring attention to the fact that to do something of import creatively one doesn’t have to be in the frenzy of Manhattan or Hollywood.” Kreutzer, a Park Ridge native who has made his home in Lake Forest since 2003, explains, “I had been around the block enough times working with production companies in Los Angeles and on the East Coast to know that the quality of the production company is reflected not by its location but by the people associated with it.” He observes that “there is a certain level of openness and honesty and wearing your heart on your sleeve associated with Midwesterners. Naming the company Sheridan Road was making a statement that we are proud of both being from the Midwest and of valuing these qualities.” 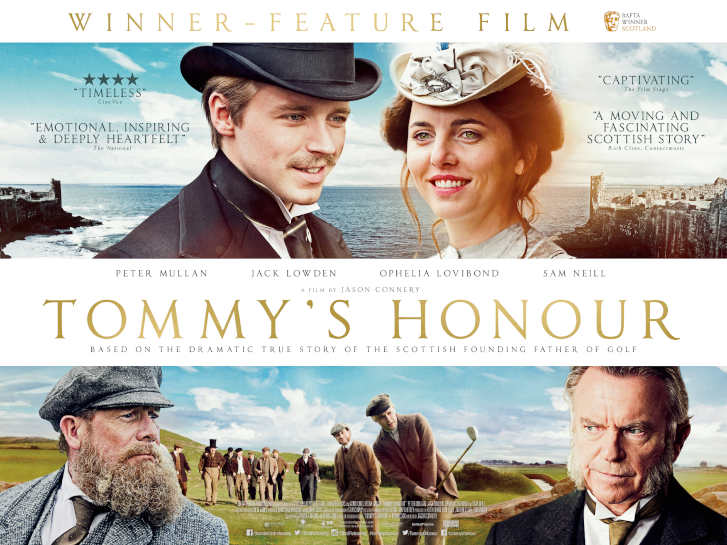 The Road Dance, Sheridan Road Productions’ latest film, took the partners far from the familiar shores of Lake Michigan to the windswept, wild coastline of the Isle of Lewis in Scotland’s Outer Hebrides. The Road Dance—a true story of young love and violent betrayal set during World War I—has received international attention and won the 2021 Audience Award for Best Picture at the 74th annual Edinburgh International Film Festival beating out Nicholas Cage’s film PIG and the Tiffany Haddish/Billy Crystal film Here Today. A British film critic regarded the COVID-era audience’s enthusiasm for the film as a connection “to the vital element of hope bubbling under the {film’s} surface … despite all the darkness and bleakness that exists in this world, light always remains at the end of the tunnel.”

This hopeful element is a signature of Sheridan Road Productions. “The world often seems like such an oppressive, negative, spiteful place right now,” Blondell notes. “We have no interest in working on projects contributing to that dialogue. Rather, we actively pursue projects reflecting the kindness, goodness, and benevolence in humanity that we know exists.” Kreutzer emphatically agrees. “Our radar is always up for beautiful stories that reflect our values. If you were to talk to us in a year, our projects might be totally different but one thing that will remain firmly the same is that the arc of the character should be upward.”

Sheridan Road Productions’ diverse portfolio also seeks to highlight women whose stories have been ignored. Blondell reflects, “The Road Dance was for my three daughters because I feel absolutely called to focus on stories about women that tend not to get told – stories where women overcome, succeed, and flourish. I wanted my daughters to know that no matter what happens, they must forge ahead. There is light.” Sheridan Road Productions’ television projects include: Legal Lies: And the Lost Women, which takes a harsh look at a legal system that often penalizes victims of domestic abuse; Sister Soldiers, which recounts forgotten stories of women in the military; and Martyred, true stories of those killed for their beliefs. Sins of Silence, a project currently in development, examines the life of Rachel Carson, the author of the 1962 groundbreaking book Silent Spring. Blondell elaborates, “Sins of Silence is a very personal passion project of mine. Rachel Carson was a brilliant scientist and author who put her dreams on hold to financially support her entire family. Overcoming, nearly overwhelming obstacles: acute cancer; ridicule; scorn; dismissal and injustice; her tenacity and unwavering beliefs now universally identify her as the founder of the modern-day environmental movement. I hope to finally tell her incredible story.” 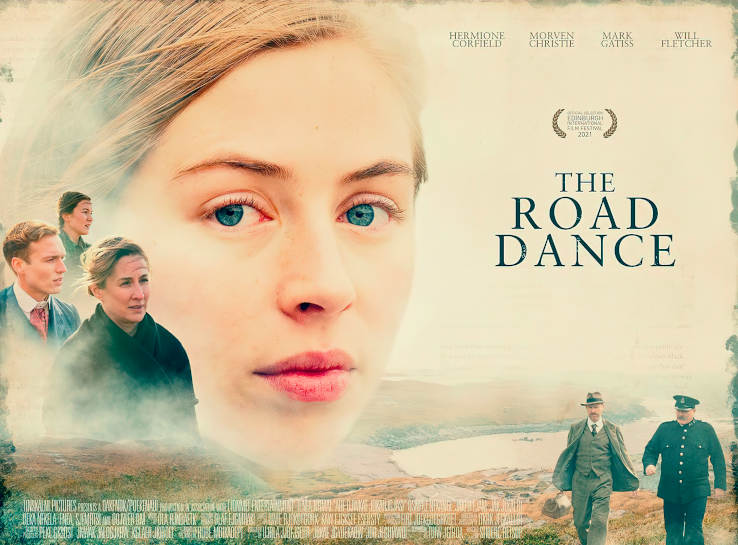 Blondell’s next directorial effort Life on the Links—a project for CBS Network Sports featuring lively and revealing celebrity conversations against the backdrop of some of the world’s most prestigious golf courses—is a nod to a passion of Kreutzer’s, the game of golf. In 2016, Kreutzer’s film Tommy’s Honour about the pioneering Scottish golf champions Old Tom Morris and Young Tom Morris won the British Academy of Film and Television Arts Best Picture Award. Sheridan Road Productions is also teeing up a documentary about Carl Jackson, a friend of Blondell’s who is best known as golf great Ben Crenshaw’s caddy for 39 Masters Tournaments. The project will chart Jackson’s story from his first glimpse of the Masters Tournament as an eight-year-old standing outside a chain link fence to caddying for a record-setting 54 Masters Tournaments.

Whether the project be for television or for film, is a documentary or a drama, Kreutzer and Blondell are united in their shared love of the process. Blondell describes filmmaking as “almost like going to war. You are in the trenches with sometimes upward of 150 people, up to 16, 18, 20-hour days for weeks/months on end. It is very intense, and as a result, you forge a bond with these people that is truly magical and enduring.” Kreutzer recounts that “every day is different. Projects ebb and flow. You get good emails, you get bad emails. A few years ago, we found ourselves working on projects in Monaco, Singapore, and Dubai. COVID shut those doors but opened the possibility to complete The Road Dance. I feel privileged to be able to do this all from the place I am honored to call home.”