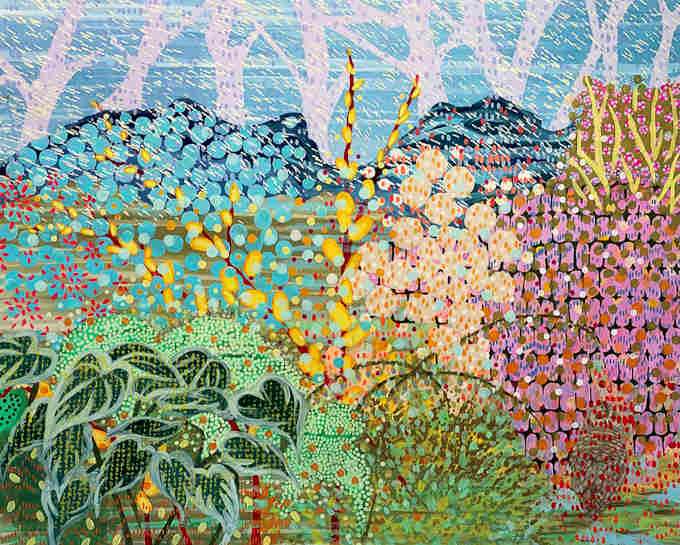 Indianapolis artist Dorothy Stites Alig’s latest exhibit, The Anthropause, takes large inspiration from the simple small joys found in nature—happenings and observations that unless you’ve taken a moment to pause, you may not otherwise notice. Her abstract art is a combination of painting and custom silkscreen printed patterns. The name of her exhibit is a word recently coined and brought into the American lexicon: “anthropause” is used to describe the slow-down and pause across the world as a result of a global decrease of human activity, particularly travel, that came about due to the COVID-19 pandemic.

Alig’s abstract paintings in this exhibit feature subtle references to wildlife through silhouettes and subtle figures hidden throughout her landscapes, as well as motifs inspired by the day-to-day happenings in nature that we wouldn’t usually detect. Because of the anthropause, Alig did take notice and is now ready to share her viewpoints with a wider audience. 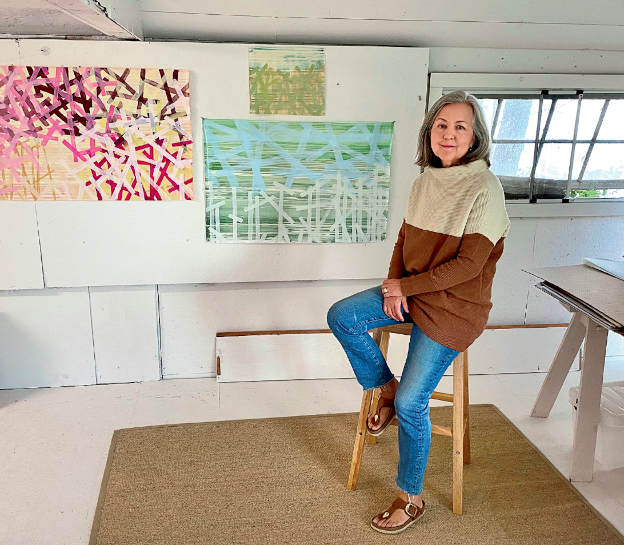 Alig begins her complex, creative work by covering a large sheet of Japanese paper with ink strokes—usually subtle stripes—to bring life and animation to the page. She often works from a rough sketch to begin blocking out areas of colors, although she often deviates from the plan as her painting progresses and she gets lost in the creative process.

Her artwork isn’t limited to just free-hand painting, however. She also uses patterns from silkscreen prints inspired by nature, architecture, designs she noticed in her studio, or patterns she imagined herself.

The way Alig uses these screens is what sets her apart.

“Rather than making multiples of the same image, I use small sections of the screen to delineate specific areas of the painting,” says Alig. “Often two or more patterns are layered to create the desired complexity.” 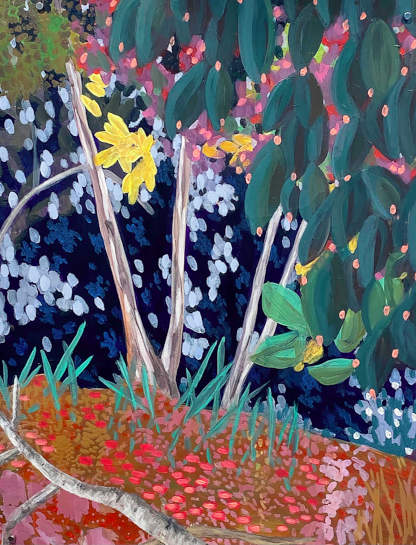 This unique layering technique creates a kind of intentional dissolution of the forms within the painting, giving Alig’s work a more abstract air. She then continues to layer the screen patterns until she has created a harmonious balance of color and form throughout the piece.

“I start with some idea of what I’m going to do and stay very loosely attached to that idea … My art is fairly spontaneous,” explains Alig. 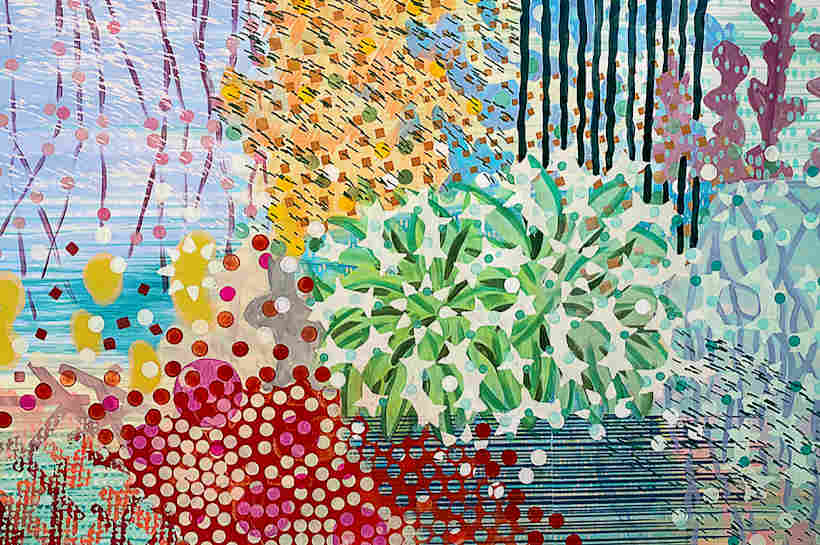 Alig uses layering techniques to add richness to her paintings. She studies a previous layer and then adds each new layer as a reaction to her earlier work. Alig equates the complex process of creating her art to solving a puzzle: when something just doesn’t seem to be working, she’s not afraid to take a break and come back with fresh eyes at a later time.

Alig’s inspiration for her paintings and artwork can come from all walks of life, but most commonly from her own lived experiences. She’s drawn inspiration from photographs of nature she’s taken, memories of past travels—such as her trip to Istanbul—and the ambiance of Northern Michigan, where she has a small studio. Her recent Postcards series was inspired by her own Indianapolis gardens and backyard.

“I find something interesting about most places,” says Alig. “The key is, you have to look with different eyes, more closely than the average person would, in order to recreate or create something.” 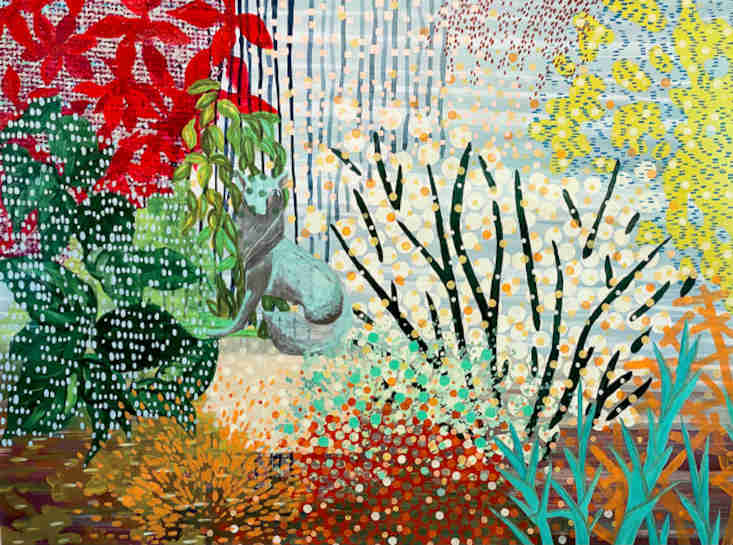 Alig’s artwork allows her to quite literally depict a new way of seeing the world. Her work is mostly playful and optimistic, experimenting with colors and mixing in subtle color ranges, and seeing where it takes her. Her whimsical wanderings on the canvas capture the spontaneity of playing with colorful spots and dots of every size.

Although she’s now more advanced in her career, Alig is still heavily influenced by its beginning, when she worked as a textile conservator at the Indianapolis Museum of Art. She has a true appreciation and understanding of the muted colors and natural dyes used in the color palettes of ancient and historic textiles. Part of her studies to become a conservator included chemistry courses, which were pivotal in shaping the way she sees the world and how that translates to her own art.

“Studying chemistry allowed me to understand the physical world differently,” she explains. “It is made up of minute particles, and the omnipresent dots in my work are a reference to the atomic particles that constitute all matter.”

Alig’s distinctive art, while clearly recognizable as her own, is constantly evolving. And she admires and draws inspiration from many contemporary artists’ color palettes, such as Mark Bradford and Chris Ofili, although her own work doesn’t much resemble theirs. Alig also consciously tries to avoid falling into the trap of anticipating viewers’ reactions to the finished piece, instead focusing on painting instinctively and staying in her creative zone while working.

From a viewer’s standpoint, Alig hopes that the layering and various patterns she uses create a kind of richness that allows for a new perspective or the discovery of something new as people look at and sit with her paintings over time.