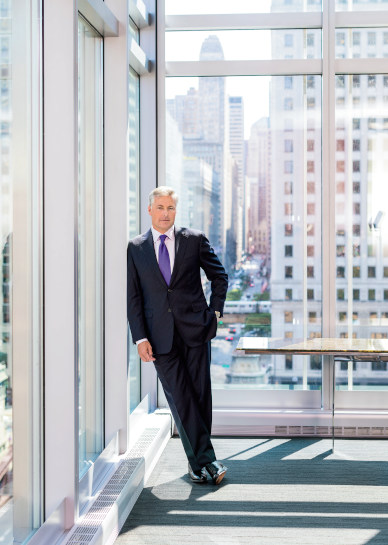 Bob Hayward, the youngster, envisioned all kinds of careers while growing up in Barrington Hills and playing three years of varsity tennis at Barrington High School (Class of 1990). But the vocation that ended up luring him more than the others was the one that required, more or less, dress shoes and combed hair on most days.

Besides, Hayward didn’t exactly attack the guitar like Eddie Van Halen did, and his backhand fell more than a few miles-per-hour short of Bjorn Borg’s. 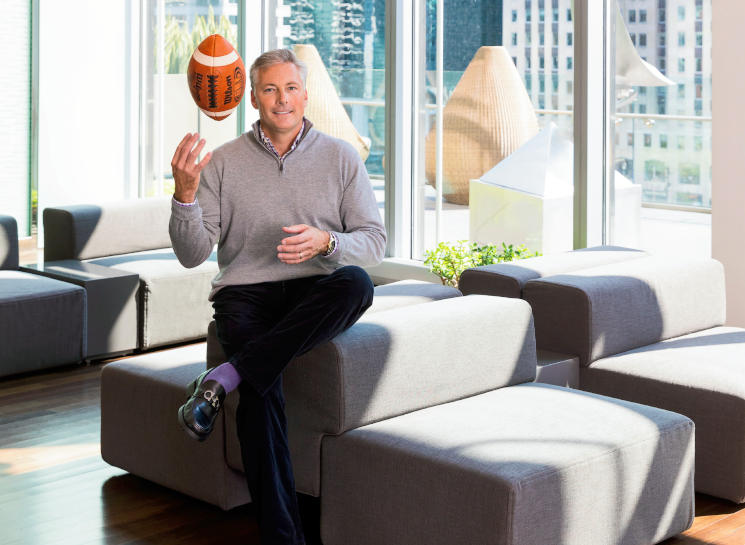 “I was fortunate,” says Hayward, now 49 and a Northfield resident since 2002. “I had a front-row seat in the presence of an outstanding transactional lawyer—my father (retired Thomas Z. Hayward Jr., who had managed the law firm Bell Boyd and served as president of the Chicago Bar Association). I watched him. I watched how hard he worked and how much he valued interactions and professional relationships. I always knew, were I to pursue law, I’d shoot to become a deal lawyer, not a litigator.

“I didn’t want to argue for a living.”

What’s inarguable: Kirkland & Ellis partner Bob Hayward, named “Lawyer of the Year in Illinois” by Global Law Experts in 2020 and 2021, was the busiest and most active Chicago-based lawyer for IPOs from January 2020 to July 2021 by more than 12 times, according to Deal Point Data’s list of the 20 most active lawyers for IPOs. He was also the only Midwest-based lawyer on the list, with others hailing from New York, Hong Kong, and the West Coast—traditional major financial centers, all of them. 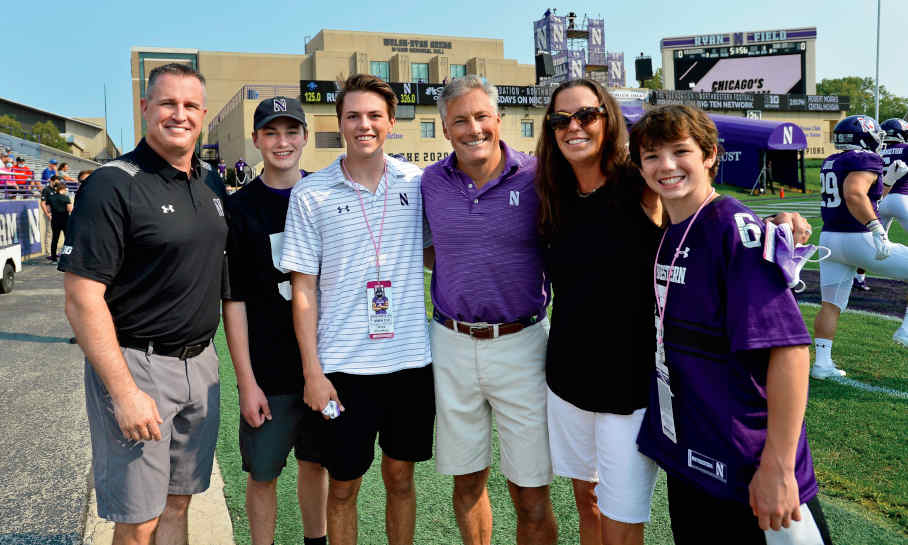 Think of a parka salesman pacing the U.S. in sales in Tampa.

That’s kind of what Hayward is doing in the IPO realm in Chicago.

In the third week of July, Hayward quarterbacked a team of Kirkland lawyers that engineered the Ryan Specialty Group IPO. Former Aon Chairman and CEO Patrick G. Ryan—a Northwestern University alumnus, like Hayward—founded the group. That week ranks as the second-busiest in U.S. capital markets history, and the Ryan Specialty IPO was the largest that week.

“What I love most about what I do is helping great American companies achieve a milestone through collaborative efforts and storytelling,” says Hayward, who joined Kirkland & Ellis in 2000 and became partner three years later. “There’s a creative element to initial public offerings that’s challenging and exciting. Then, following the IPO, I get to see a company succeed and grow.”

After earning a degree in Communication Studies at Northwestern and graduating from NU’s Pritzker School of Law, Hayward, the young man, went West and landed a summer associate position at Snell & Wilmer in Phoenix. He worked there for three years before returning to Chicago to interview for a position at Kirkland & Ellis.

“I called Snell & Wilmer and asked someone to rank Bob, the lawyer, on a scale of 1 to 10,” says Richard Porter, the Kirkland & Ellis corporate partner who hired and mentored Hayward. “I heard, ‘Bob’s a 12, the best we’ve ever seen.’ The minute I met him, I knew Bob was someone special. Poise, presence, professional attitude—Bob, all Bob. As a lawyer he’s dogged, determined to work hard to find solutions and to stay on top of the law. He’s got that drive, that competitive drive,” Porter adds. “Total star. No surprise. He’s a Hayward, man. All the Haywards are like that.”

Bob Hayward was a fourth-generation Northwestern man, joining older brothers Tim, now chief of surgery at the VA hospital in Indianapolis, and Wally, a Chicago-based marketing executive who served the Chicago Cubs as an executive vice president from 2009-2012. The first Hayward with ties to NU? A great aunt, who graduated in 1879, after being one of the first women admitted to NU. The fifth-generation Hayward? NU sophomore Trevor, 20, one of Hayward’s three sons (also Charlie, 17, and Griffin, 14) with wife Liz, a Northfield native and crack paddle/tennis player who met her future husband on a blind date: a Northwestern home football game in 1995, the day after a blinding snowstorm.

“Wally set me up. Saturday home football games at Northwestern have always been big in our family,” says Hayward, a past president of the NU Gridiron Network and member of the network (the program’s football board) for more than 10 years. “We played Iowa on the day I first met Liz, and Northwestern beat Iowa in its run to the Rose Bowl that season. You don’t forget a game like that. It was the day I saw Liz for the first time, and it was Northwestern’s first win over Iowa in 16 years.”

Five million dollars. NU’s Pritzker School of Law won’t forget that. That’s the amount Kirkland pledged to the school in 2012, to ease the financial burdens faced by the next generation of lawyers. Hayward played an instrumental role in generating the gift.

NU’s Pritzker School of Law bestowed “2021 Volunteer Service Award” honors to Hayward, recognizing his exemplary leadership of the Garrett Corporate & Securities Law Institute and Boardroom Forum, his participation on many NU advisory committees, and his service as a dedicated liaison to Kirkland.

But there’s more to Bob Hayward than work, work, work. Way more. Family means the world to him. Practically every May, since he turned 30, he has joined his father for Los Rancheros Visitadores (“The Visiting Ranchers”) horseback trek in California. The event starts at Mission Santa Ynez and ends about 30 miles north at a ranch. A social club, Los Rancheros Visitadores had 12 members when it formed in the 1930s; its membership exceeds 700 today, and a recent trek featuring nothing but pink-clad riders raised money for breast cancer research and awareness.

Concerns related to the pandemic scrubbed the annual trek in 2020 and 2021.

“I remember, as a child, Dad disappearing for a week each May,” Hayward says. “It’s such a special trip, spending time there and bonding with him and my brothers. A big part of my childhood was getting to go on exciting trips abroad and in the U.S. with my mom (Sally), dad and brothers. My wife and I like to do that with our kids. You could say I’m following my father’s work-hard-play-hard mentality.”

Years ago Tom Hayward gave advice to his son. It was simple. It was daunting. It was, “Make a difference every day.”