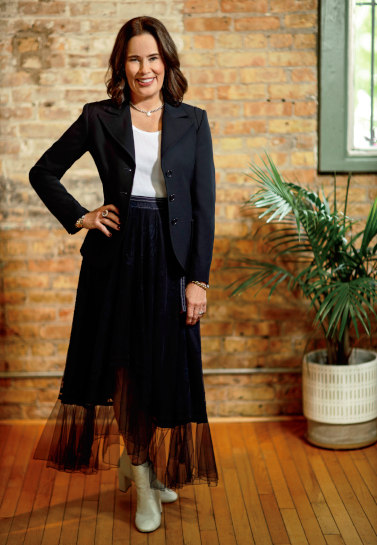 SALLY LOU LOVEMAN knew what she wanted to do at age 14 when she went to a taping of The Mike Douglas Show with her mother. “I saw a woman on the set with a clipboard and discovered my career in television,” she says. Her career ladder eventually led to her position as Audience Producer for The Oprah Winfrey Show. “On the set of Oprah, I had a front row seat to powerful stories,” she says. “I watched those stories land on the hearts of the studio audience, and they landed on mine.” After a 36-year career in television and having entertained over a half million people from the Oprah stage, Loveman brings her message to new audiences through her business, lovespeaks, and her book SPEAK: Love Your Story, Your Audience Is Waiting (Balboa Press). The accomplished speaker, author, coach, and audience engagement expert says, “Our story is our superpower, and I help people tap into the most meaningful part so they can engage their audience on any stage they stand on with zero fear.” In her book, SPEAK, Loveman shares her own story and offers tips to help readers become better speakers and storytellers, encouraging people to speak, speak up, speak their story, speak their truth, and live a life where love always speaks. “It doesn’t matter if you are a CEO, a celebrity, a supermodel, a spin instructor, a student, or a stay-at-home-mom or dad, speaking well in front of others is not only a career asset, it’s also a life asset,” she says. Love does speak.