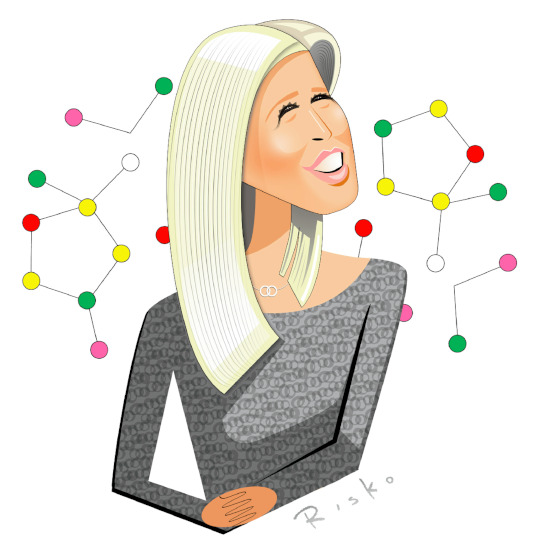 What attracted Susan Landau Axelrod to a career in the health sciences was an opportunity to work on access to, and cost of, care for others. She had contemplated becoming a doctor but decided instead to pursue a business degree with a focus on healthcare. Soon, an unexpected personal issue defined for her where her professional skills should best be directed. CURE Epilepsy was founded by Axelrod and a small group of parents in 1998, to fund research to find a cure for the more than 3.4 million Americans and 65 million people worldwide who live with epilepsy. To date, the organization has raised nearly 80 million dollars and sponsored hundreds of grants around the globe.

Axelrod grew up in Hyde Park, near the University of Chicago (U of C) where her father was an endocrinologist, and her mother was Managing Editor of the journal: Perspectives in Biology and Medicine. This may have prompted Axelrod’s interest in medicine. When she graduated from Colorado College and returned to the Midwest, her first job was in the press department at the U of C before she enrolled in their MBA program. It was through an intramural, coed basketball league that she met David Axelrod, at the time a writer for the Chicago Tribune (he has since held posts as former Senior Advisor to President Obama and is currently Director of the U of C Institute of Politics). They married in 1979.

When the eldest of their three children, Lauren, was diagnosed with epilepsy at the age of 7 months, their lives were turned upside down. The frequency of her unrelenting seizures delayed Lauren’s overall developmental growth. There were numerous drugs, diets, and invasive surgeries, along with a lack of financial coverage, and community support. “People don’t understand the piles of bills we had from endless hospital stays on top of thousands owed in payments for sometimes up to five medications a day,” recalls Axelrod of the long haul fight the family endured.

What she built was an organization where the resources of her knowledge, compassion, and understanding of what her daughter had been through could pay it forward. Statistics indicate that one in 26 Americans will be impacted in their lifetime, and over one-third of those affected and on medication continue to have seizures. The mother and daughter duo together made their purpose public. They were featured on the cover of Parade magazine, in Newsweek, and courageously shared their family story in the hope of eradicating the illness for future generations.

“I see myself as more of an ambassador these days,” notes Axelrod, citing the success of CURE Epilepsy’s team, research programs, and educational content that includes webinars and podcasts. Lauren has been fortunate to find a medicine that has kept her seizure-free for the past two decades. She just turned 40 and lives happily in an apartment at Misericordia Homes. “Nobody has a fuller life,” exclaims Axelrod, “Lauren works, swims, sings in a choir, and since getting her iPhone loves to send me links of stuff to buy for her.” She took up painting and her work has been prominently displayed. One such canvas depicted the White House with a Chicago skyline reflected in the fountain on the North Lawn, a gift her father proudly placed above his desk when it was next to the Oval Office.

Axelrod’s initiative to make a difference in the lives of those living with epilepsy has also influenced her sons, as both are involved with CURE Epilepsy. Ultimately, her vision is to see a world without epilepsy.

Find more at cureepilepsy.org, on Facebook @CUREforEpilepsy, and on Instagram @CUREepilepsy. November is Epilepsy Awareness Month, and CURE Epilepsy will be sharing content on their website about impact, research, and epilepsy throughout the month.