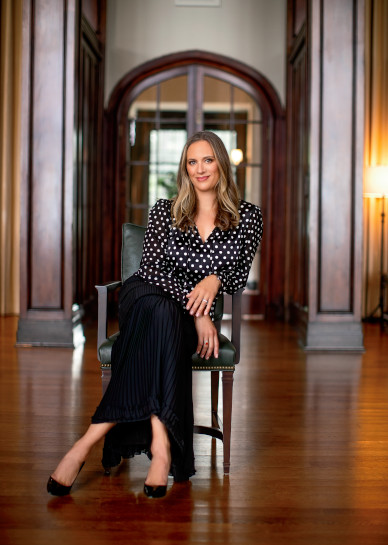 Alyssa Rapp at Lake Shore Country Club where she has been a long-time member. Photography by Maria Ponce / Styling by Theresa DeMaria / Hair & Makeup by Lauren Ward

Named one of the “coolest entrepreneurs in America” by Inc. magazine, a notable woman in healthcare by Crain’s Chicago, and an Amazon bestselling author, Winnetka-based Alyssa Rapp is a business leader to look up to. But she credits two of the Jewish elders in her life—her late grandfather Joseph and her stepfather Daniel—for being her own entrepreneurial role models.

“My grandfather escaped the Holocaust and came to the U.S. to start selling paintbrushes door to door, then eventually bought and sold the paintbrush factory, and later made early investments in IBM that let him travel for the rest of his life,” says Rapp. “He taught me the power of resilience and to always bet on yourself. My stepfather founded East Bank Club and The Habitat Co. and is someone I look to as an example of those same themes and the responsibility to build organizations of impact that create legacies.” 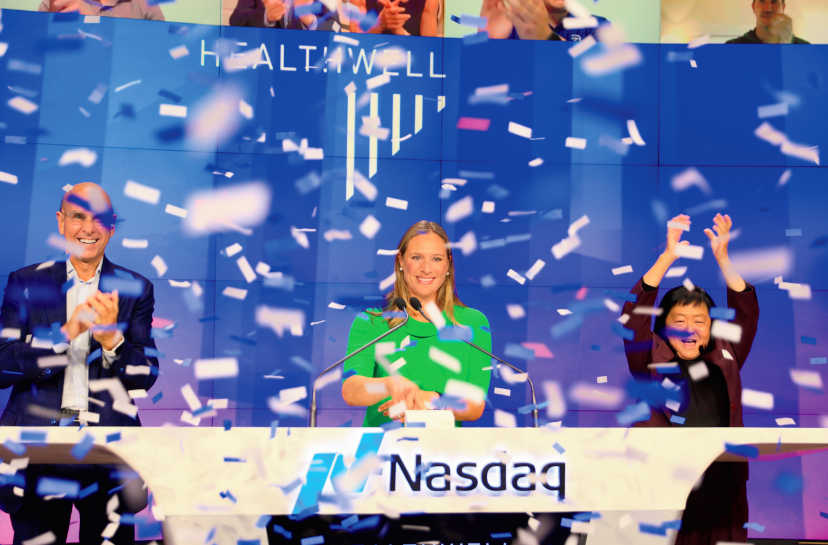 In terms of her own legacy, Rapp recently became one of the few women to launch a special-purpose acquisition corporation (“SPAC”) that IPO’d on the NASDAQ in August 2021. As stated in their S-1 filing with the SEC, Healthwell Acquisition Corporation raised $250 million in an initial public offering as a “blank check company.” Healthwell is targeting technology-enabled businesses across the entire healthcare industry with a focus on those with enterprise values between $750 million and $1 billion.

“It felt right and exciting to do something entrepreneurial again, which a SPAC is, in many ways,” says Rapp. “Here, I could marry my experiences in Silicon Valley with those in healthcare. It’s an extraordinary time in healthcare, and I genuinely believe that technology-enabled healthcare products and services will be what change the game for clinicians and patients alike.” 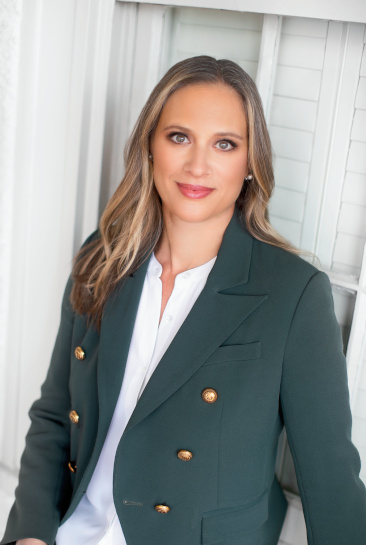 Peterson Partners’ Curtis Feeny and George Horning, LLC’s George Hornig work with Rapp as SPAC board co-chairs, and the family office of Greg and Francine Purcell is a key supporter. Other Winnetkans John MacCarthy and Lauren Hamlin are also directors and investors in Healthwell, respectively.

“The SPAC process made me appreciate being an American woman,” says Rapp. “I had initial conversations about starting a SPAC at the end of 2020 and, thanks to a tremendous amount of support, was able to file an S-1 with the SEC in February 2021 and ring the NASDAQ bell after we IPO’d in August 2021.

In what other country in the world could a 42-yearold woman have an idea and nine months later IPO a shell corporation on the NASDAQ? I’m incredibly grateful to have been afforded the opportunity to work with such a tremendous group of investors, directors, advisors, team members, and to pursue my dreams.”

She’s passionate about helping others pursue their dreams, too, writing two bestselling business management books—Leadership and Life Hacks and Hacks for the New World—that have aptly been described as “the 40-Hour Workweek meets Emily Post.” Adds Rapp of her writing inspiration, “If I can spare an entrepreneur any learnings from the school of hard knocks, then I wanted to do so.”

Since 2014, Rapp has been a lecturer-in-management at her alma mater Stanford University’s Graduate School of Business. And, just last year during the pandemic, the University of Chicago Booth School of Business named Rapp an adjunct professor of entrepreneurship. She currently teaches a course there on Women as CEOs, Investors, Directors, and Executives.

“So far, I have exclusively taught the course at Booth to eager MBAs, mostly women and a few secure men, too, via Zoom,” says Rapp. “Spring 2022 will be my first live experience at Booth. We look at the world’s leading companies and the wide-ranging world of business through the lens of female protagonists. It’s been a very enriching and satisfying class for students and for me personally so far.”

Rapp divides the course into case discussions and guest panelists. Thanks to Rapp, students have heard from speakers like former Playboy CEO Christie Hefner, a longtime mentor of Rapp’s; Former White House Senior Advisor and Ariel Investments board member Valerie Jarrett; and more.

“I believe in paying it forward,” says Rapp. “Mentorship is absolutely crucial for women today, particularly the next generation of women leaders. I have been profoundly impacted by mentors in my life, many of whom are involved with my SPAC today.”

Or take, for example, premium canned wine brand Maker Wine, which was started by two former students of Rapp’s at Stanford. (Once upon a time, Rapp served as the founder and CEO of Bottlenotes, Inc., the leading interactive media company in the U.S. wine, craft beer, and artisanal spirit industries.)

“They leveraged many of the trends we discussed in the class, Global Dynamics of the Wine Industry,” explains Rapp. “Of course, I had to support two great female founders and invest.”

With her wine background, Rapp loves wine tastings and sharing a glass of wine with her husband to wind down. And when she’s not running a SPAC, teaching, integrating into her newly elected role to the District 36 School Board, or being a wife and mom to her daughters, Rapp loves to run, travel, and is attempting to learn how to play golf.

Rapp does, however, hint that another book may be in her future. “We shall see,” she says. You heard it here first.