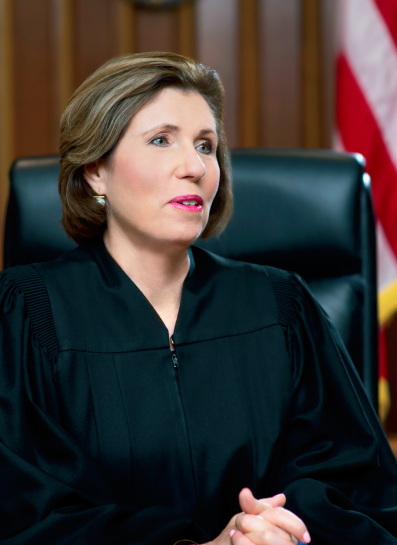 “My parents taught me by example that when an opportunity for service presents itself, you seize it, and perform to the best of your ability,” says JUDGE ELIZABETH ROCHFORD, a Lake County Judge for the past nine years. Judge Rochford’s inspiration came at a young age when she was witness to her father’s committed service as a Chicago police officer for more than 30 years, ultimately as Superintendent, and from her mother—a special education teacher. Her career trajectory went from Assistant State’s Attorney to private law practice and Commissioner of the Illinois Court of Claims for 23 years before becoming a judge. Now, Judge Rochford is seizing the opportunity for service once again; she recently announced her candidacy for the Illinois Supreme Court in the newly redrawn 2nd District. “I’ve learned by observation that great leaders stay connected to the communities they serve,” she says. “It is a lesson that is not lost on me as a judge, and it won’t be forgotten as a Supreme Court Justice. When the Illinois Supreme Court issued its mandate on civil courts to provide ‘access to justice for all people, especially the poor and vulnerable,’ it was a call to action for me; it set my compass and charted my course.” On her candidacy, she says: “I recognize that candidacy for the Illinois Supreme Court is a lofty aspiration, and I’ve been cautioned that the road ahead may be difficult. But I’m ready—armed with my legal and judicial experience, my commitment to service, and humility gained through my successes and detours along this wonderful journey.”