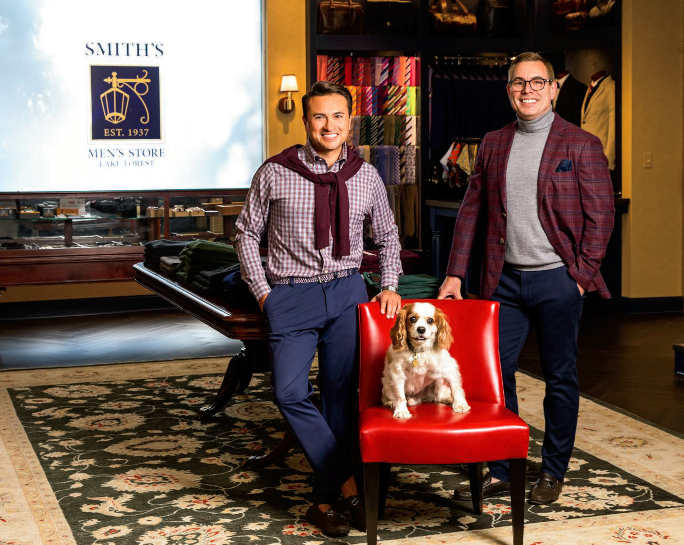 Two years ago while dining at the Deer Path Inn, Trey Gonzales, Kip Helverson, and friends discussed the closing of Smith’s Men’s Store and floated the suggestion that someone should buy it. That “someone” became Gonzales and Helverson, who purchased Smith’s Men’s Store in September 2019 and reopened its doors two months later. 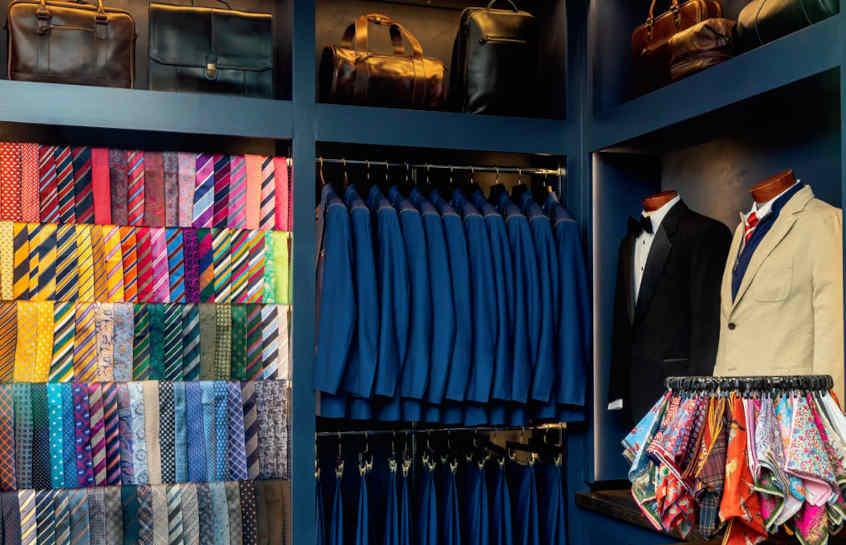 “One friend said, ‘well, I don’t recommend you both quit your day jobs until you know if this is going to be a success,’” Helverson says with a laugh. 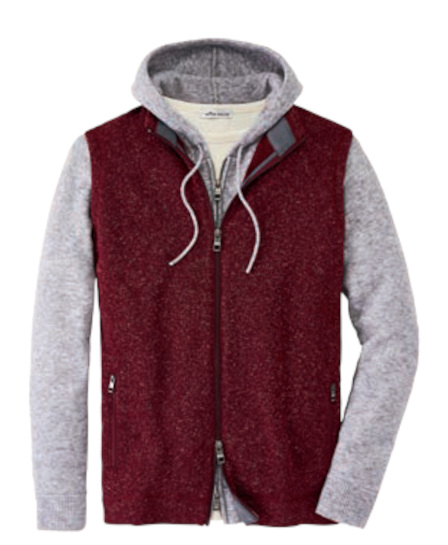 And a success it is, as the partners recently expanded and acquired the storefront behind Smith’s Men’s Store—with Gonzales calling it a natural progression for the business—and have almost doubled the original space creating more “breathing room.”

“One of the lines we quote to each other a lot is ‘bloom where you are planted,’ and this gives us the opportunity to do just that,” Gonzales shares. The addition features a coffee, wine, and bourbon bar offering the perfect place for a groom and his groomsmen to get comfortable and reminisce while being measured for tuxedos or custom suits.

And who is most excited about the increased space? Baron, the pair’s beloved Cavalier King Charles Spaniel who has a dais next to the door and consistently earns the title of employee of the month.

“We are always trying to keep our store fresh by bringing in new brands and current styles,” Helverson notes of the new space’s inventory. “But it’s still very tailored, timeless North Shore attire.”

Gonzales, who works full-time in the store and proclaims that he has “never worked harder and never been happier,” anticipates “winter red” to be the fall trend, and will begin carrying the color along with the store’s signature Navy blue.

“What’s nice is that almost everything in someone’s closet is easily accented with red,” Gonzales explains, “and it will be a nice fresh look for fall, yet keeping that classic aesthetic that we are used to.”

Smith’s Men’s Store, which bears its original name, has been open since 1937. The most recent owner, John Tadel, took over in 1988 and closed in 2019—but continues to regularly work in the store twice a week, which has aided in a smooth transition.

Gonzales and Helverson are focusing on broadening their walk-in demographic. Recently they attended a luncheon and met a woman who hadn’t been inside Smith’s because she was unsure of their inventory.

“After we described the brands and styles that we carry, she realized that any relative from her high school son to her grandfather could walk into the store and find something they love,” says Gonzales.

Part of the pair’s attraction to Lake Forest was the liveliness of Lake Forest’s Market Square. Gonzales, a Texas native, recalls fondly visiting a men’s store in his community as a young man, to try on his first suit with his father. “I remember going into the store, my dad was standing behind me, and I was trying on suits and jackets—it was a great bonding moment,” he says. “It is neat to be in the store and see those moments happening with other families, that they are experiencing something similar to my cherished childhood memory. It is so wonderful to be able to provide a space for that in our community.”