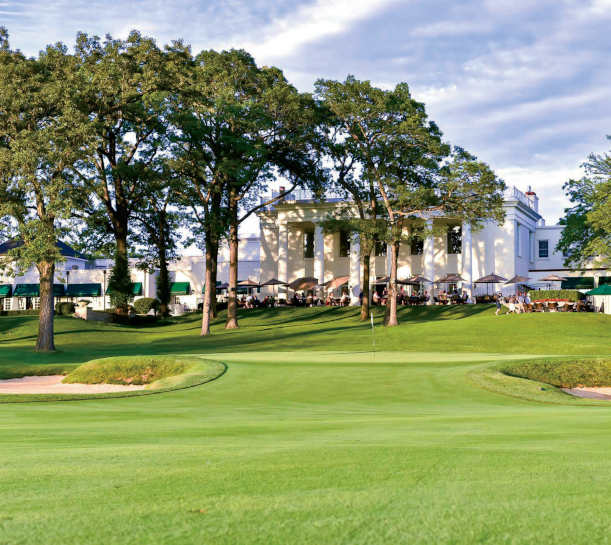 With its enchanting entrance, spectacular golf course, expansive veranda, majestic clubhouse, and dynamic membership, Exmoor Country Club in Highland Park is a sanctuary for members and their families to participate in a myriad of sports, socialize, and dine—and this year, the club is celebrating its 125th anniversary.

“Our goal at Exmoor is and has been to provide a fun and welcoming atmosphere where our members feel a sense of inclusiveness and what we refer to as ‘The Spirit of Exmoor.’ That phrase captures our 125-year heritage and the club’s long-standing belief that Exmoor should stand for friendship, hospitality, and good fellowship,” notes Hob Jordan, Exmoor President. 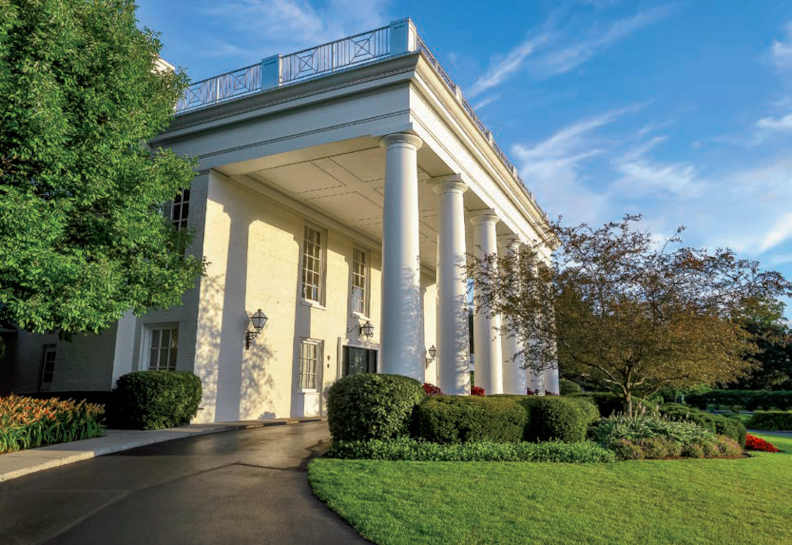 Exmoor was founded as Illinois’ third golf club in 1896 when local residents William A. Alexander and Charles Fullerton purchased 93 acres in Highland Park. Alexander and his wife Maude chose the name of the new club based on a British novel, Lorna Doone: A Romance of Exmoor, a love story taking place in the picturesque East Lyn Valley area of Exmoor, west of London. 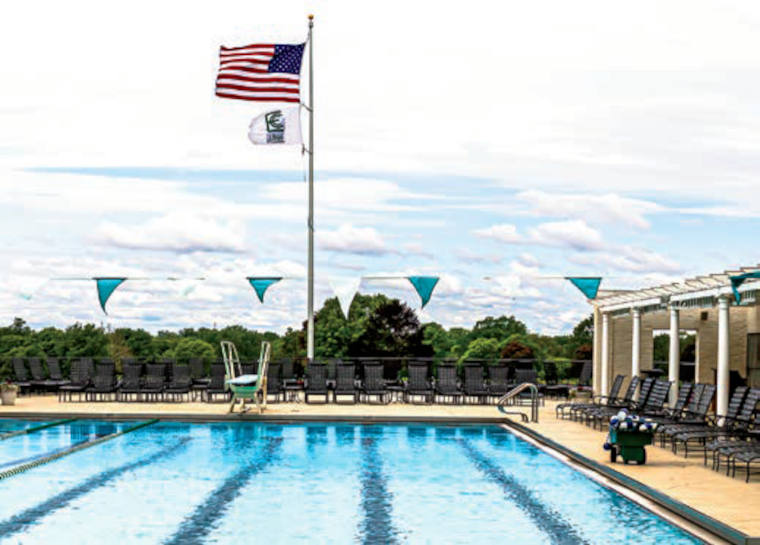 Exmoor’s legacy is rooted in the game of golf. Host of 18 national and professional tournaments since 1903, Exmoor is the site of the 2022 Western Amateur Championship men’s tournament, the club’s fourth such event, slated to attract top national and international players.

Proud of its formidable history, Exmoor is one of only two golf clubs with three members who have won the U.S. Amateur Championship: H. Chandler Egan, S. Davison Herron, and Chick Evans. In fact, Exmoor is also the only club in the country to have five Olympic medal winners (1904) in golf: H. Chandler Egan along with Clement Smoot, Ben Cummins, Nat Moore, and Walter Egan.

Contributions by these exceptional golfers were recognized far and wide—H. Chandler Egan was elected to six sports’ halls of fame, including the Illinois Golf Hall of Fame, and became a world-renowned golf architect who led the celebrated redesign of Pebble Beach Golf Links in 1929. 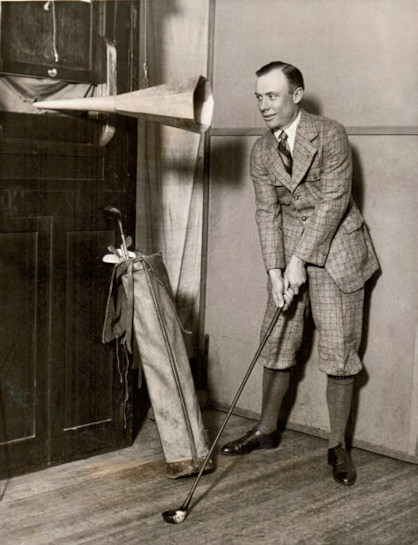 Charles (Chick) Evans, Jr. gives a golf lesson in 1922 by speaking into a phonograph recording device

In addition to his much-heralded golf career, in 1930, he founded the Evans Scholars Foundation, an idea which came from his mother who he said, “pointed out that his money came from golf and thus should go back into golf.” 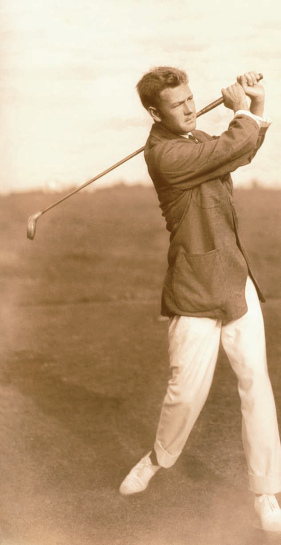 Since its inception, more than 11,300 caddies have graduated from college as Evans Scholars. Today, a record 1,045 students are enrolled in 19 universities throughout the country, with more than 100 students having been awarded the Evans Scholarship this year from Chicagoland alone, with three from Exmoor.

“We are keenly aware that our members rightfully expect the Club to be good stewards of our community and our environment,” Jordan notes. To that end, over the years, Exmoor has made enduring, significant contributions to the city of Highland Park and beyond. 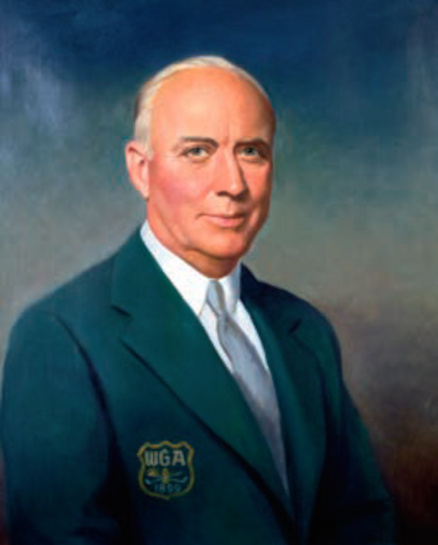 A Chicago Tribune headline on October 3, 1918, read: “Turn Golf Club into a Hospital for Influenza: Exmoor Meets Emergency in North Shore Epidemic; 54 Patients.” According to the story: “In its war charities, Exmoor has made a wonderfully fine showing … when the opportunity arose for matters of greater moment, Exmoor again was ready, and overnight the big clubhouse was converted into a hospital for influenza sufferers.”

The Best of Both Worlds: A Proud Heritage, An Energized Future

“As a club, we continually adapt to our members’ and future members’ family, work, and leisure lifestyles in an effort to become their favorite year-round place for social, dining, and recreational activities,” explains Jordan. 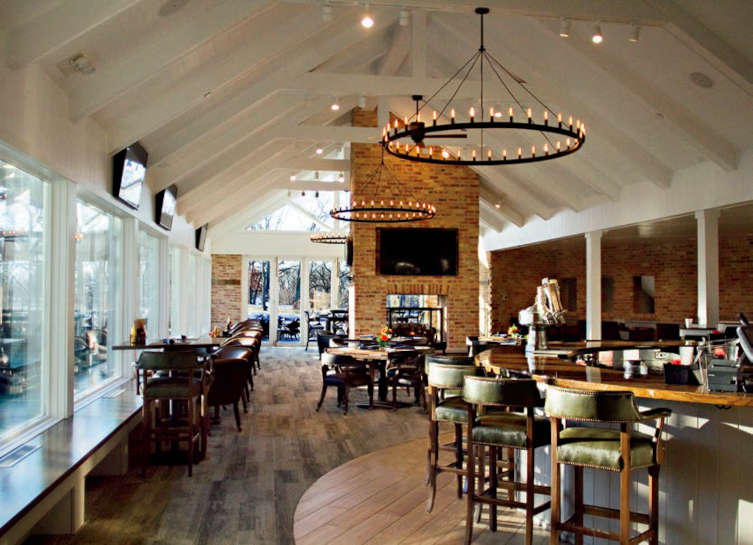 The pool features an unparalleled, spectacular vista overlooking the golf course, perfect for families and swimmers alike. Jordan adds: “Exmoor’s updated tennis, platform, pickleball, and curling facilities – with the centerpiece being our new Oakhouse are in my opinion second to none. They afford our members an upbeat, casual environment to enjoy the Club all year long.”

Looking ahead, Exmoor will continue to celebrate its proud heritage while planning for an energized future. “It’s an honor to be a part of the stewardship, the legacy that is Exmoor – our values, our facilities and, most of all, our people are what set Exmoor apart, for today and for the generations that will follow,” says Exmoor General Manager Alan Slatin. 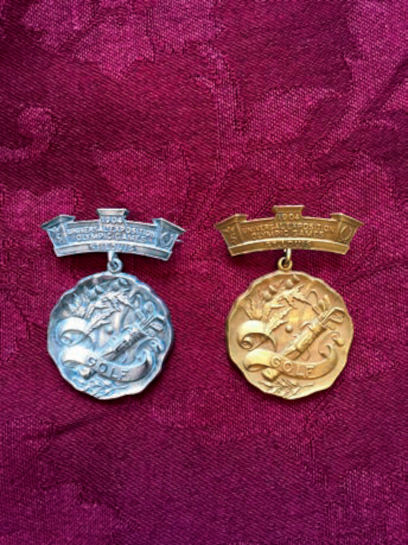 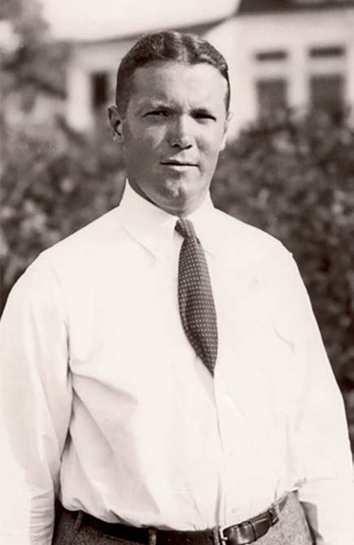 • Built in 1847, the Francis Stupey Cabin is the oldest structure in Highland Park, built on the grounds that later became Exmoor Country Club. Long used as a golf shop and caddie building, Exmoor donated the building in 1968 to the city of Highland Park where today it is used as a pioneer-era learning center.

• Since 2018, the Exmoor Foundation, funded entirely by Exmoor members, provides scholarships for club employees and their families who wish to advance their educations.

• Five Exmoor members, more than any other club, have served as presidents/chairmen of the Western Golf Association/Evans Scholars.

• Exmoor’s Ann Swisshelm led the U.S. Women’s Curling team to a fourth-place finish at the 2002 Olympic Games in Salt Lake City and was a member of the U.S. team in Sochi in 2014.