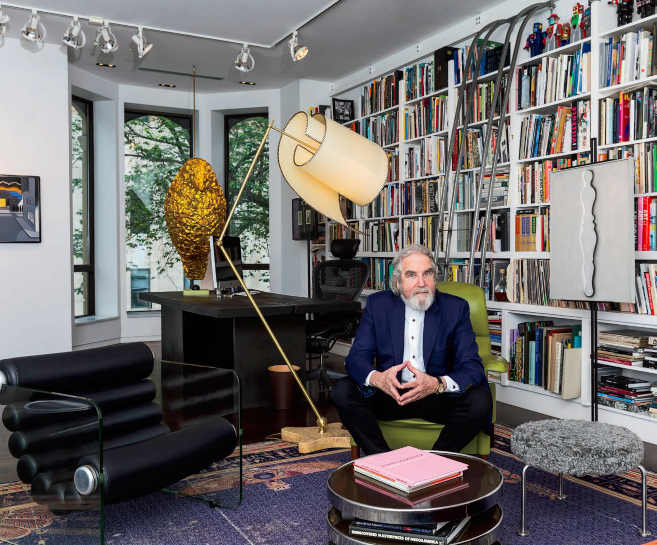 You wouldn’t go out and buy a wardrobe of clothes in one year and assume that’s it forever, and I approach art and design the same way,” says Alan Koppel. The proprietor and founder of Alan Koppel Gallery, opened in downtown Chicago in the 1990s and has recently expanded to a second space on the North Shore in Glencoe.

Both locations offer American and European 20th century modern and contemporary art. Koppel’s keen eye seeks to secure the cutting-edge moments, often from mid-career artists, rather than representing new or emerging artists. “A gallery, in my opinion, edits,” notes Koppel, “the art never changes, the person looking at it does.” 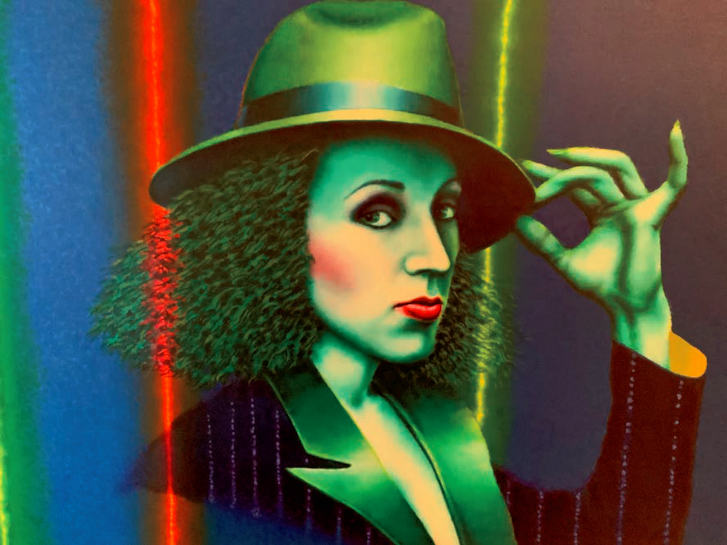 Koppel grew up in Queens, New York, part of a Modern Orthodox Jewish family where exposure to art was primarily limited to religious objects of adornment. When he left for Ohio State it was to pursue pre-med studies, but after three years he knew his path lay in a different direction. He decided to travel Europe. “I was staying at a pensione in Florence, Italy, and met two art history students from Princeton,” recalls Koppel, “they took me to museums, churches, and all of a sudden I was learning about Renaissance art.” Like the latter historical period, the trip marked a cultural awakening and transition for Koppel. He returned to school, and changed majors, focusing on fine arts. 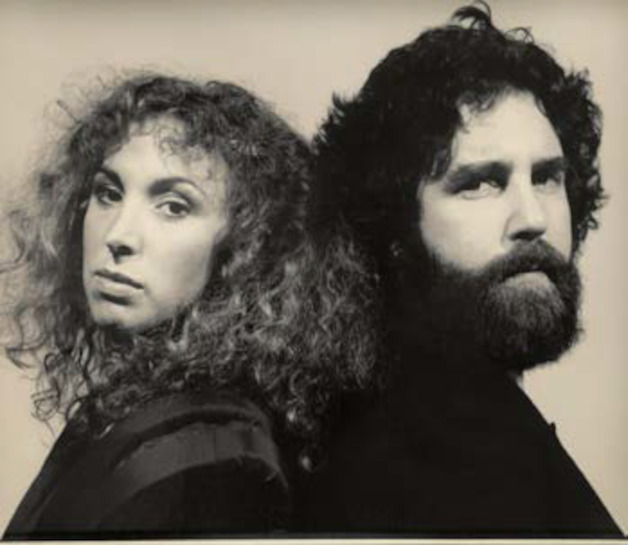 Upon graduation, he started his career as a Member of the Chicago Board of Trade and the Chicago Mercantile Exchange, keeping art as a serious side passion. “The grain markets closed at 1:30 p.m., and I would immediately head over to the galleries.” Phyllis Kind and Bud Holland, leading local dealers back then, helped to further Koppel’s knowledge about artists. “I was in my mid-40s and trading had been very good to me, but it is really a young man’s game. I was ready to move on to something else.” He says those same analytical skills of looking for value applied to his ambitions as an art dealer. When he first opened for business, it was a salon-style out of his Lincoln Park home. 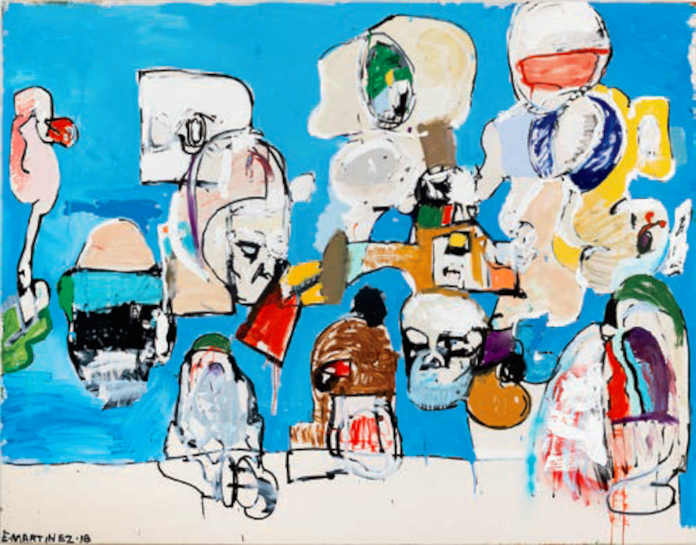 Today, the city gallery is in a Dearborn Street brownstone which also houses his wife’s namesake interiors firm, Sherry Koppel Design. They frequently work together and as she says, “the best outcomes are when we collaborate.” A former color consultant and costume jewelry designer (previously selling to the likes of Neiman Marcus and Ultimo), Koppel remarks that “Sherry has turned every hobby she has into a business.” Together the duo share a vision for how varying disciplines of painting, photography, and sculpture engage with form, function, and fabrics. They have lived in urban and suburban settings, from Art Deco-influenced vintage and mid-century makeover apartments to building newer construction complete with elaborate surrealist-inspired gardens. 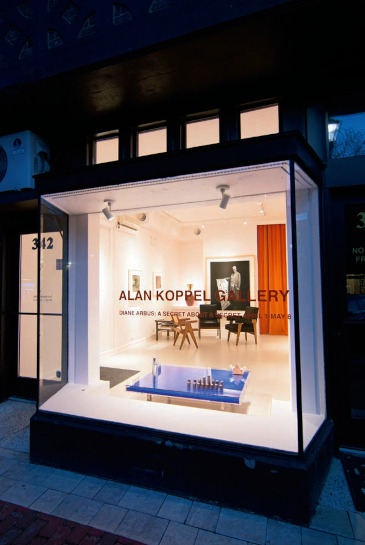 “Think of how many great works of literature or symphonies are created over a decade,” remarks Koppel. This is the same discretion he applies to his inventory. He bought a series of Damien Hirst pieces before the English artist had a significant roster of solo exhibitions, sold the work of Mark Tansey to many well-known private collections, and has recently acquired paintings by New York-based artist Joel Mesler. Shows at Koppel’s galleries have been known to exchange dialogues between works on paper by Marcel Duchamp and Man Ray, photographs by Diane Arbus paired with Hiroshi Sugimoto, and prints by Vija Celmins, all surrounding rooms centered with decorative arts such as an Yves Klein coffee table and Pierre Jeanneret chairs. The conversations between disciplines is what keeps the spark for Koppel, “I like when artists have controversy.” His hope is the art will convey the same importance to others, whether viewing or purchasing from his galleries, as it has in the course of his life. Even back in the early 1980s, he had a sense of what might be significant to the future. “I noticed a sale at Sotheby’s of Russian space objects, and thought instead I’d start looking for American space gear.” He has an impressive collection that includes astronaut Alan Shepard’s gloves, Gus Grissom’s spacesuit, and even a meteorite. As civilians now embark on visiting other planets, Koppel’s perspective is not only on the pulse of a new movement but primed and dressed for its take-off. 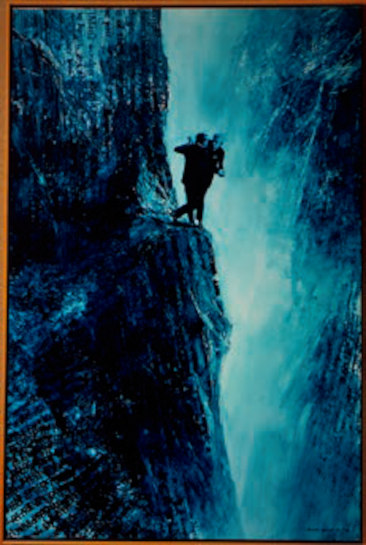 Visit Alan Koppel Gallery at 806 North Dearborn Street in Chicago (Monday through Friday 10 a.m. to 5:30 p.m.) or 342 Park Avenue in Glencoe (Thursday through Saturday 11 a.m. to 5 p.m.), and at alankoppel.com. To learn more about Sherry Koppel, visit sherrykoppeldesign.com.