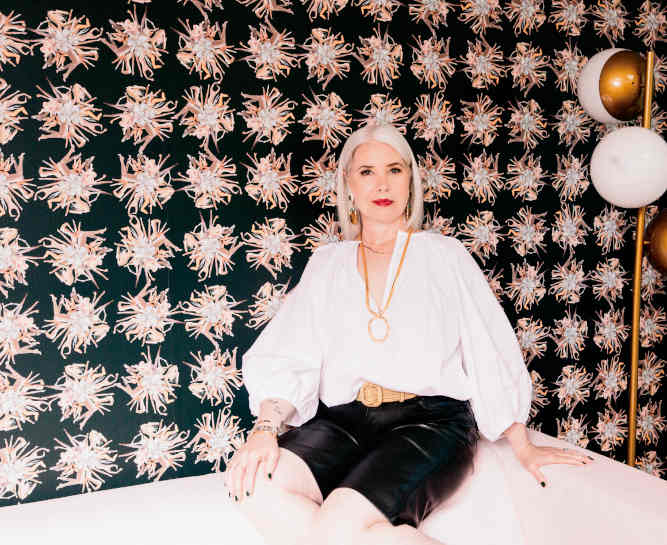 North Shore-based artist and filmmaker Maggie Meiners just received her MFA from Maine Media College this spring, but she first fell in love with art back in 1996. She visited a Kodak photography retrospective at the Victoria & Albert Museum in London before marrying her husband and decided then and there to pursue her passion.

“That’s when I really started my art career, although I didn’t know at the time it would be an art career,” recalls Meiners. “It started as a hobby but took off, and I found it to be a great escape and an outlet to examine subjects that were interesting to me and that I couldn’t otherwise explore as in-depth.”

Meiners’ work revolves primarily around themes of self-critique and authenticity, a means to understanding her place within the world as a self-described “white woman of privilege.” With a background in anthropology, Meiners has a personal interest in popular culture and how opinions are formed through fashion and beauty. 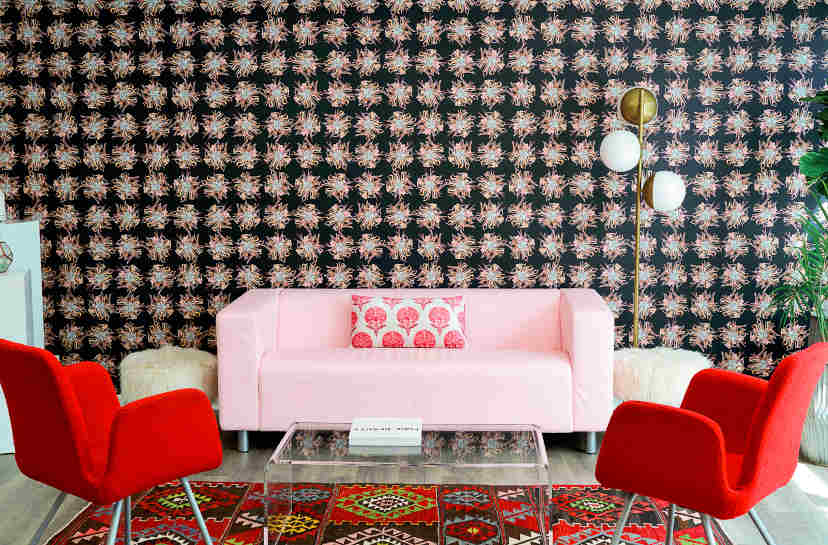 She employs various mediums and the modes of appropriation, deconstruction, and collage and applies them through the lens of humor and feminism. Cultural artifacts and images from popular culture and consumerism portray the dichotomies of the gendered psyche to symbolize the feminine through notions of domesticity, beauty, and body image.

“I put those ideas within the context of myself, rather than prescribing to how things need to be or already are,” says Meiners. “I have internal conflicts about body image, motherhood, and domesticity, much like many women. Giving in to those feelings helps me arrive at a more truthful understanding of where I fit on the spectrum of the wider conversation or context. It is usually a very cathartic process for me.” 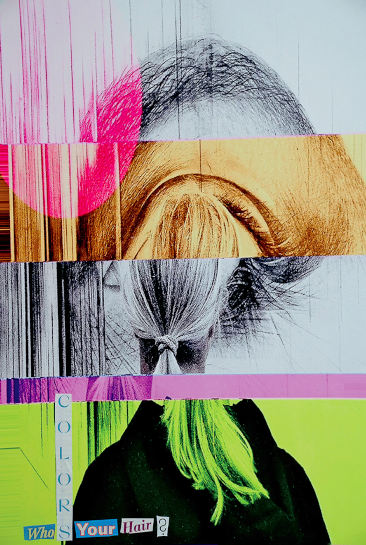 Who Colors your Hair?

Take, for example, her 2016 Revisiting Rockwell series, which was inspired by a trip Meiners and her husband and kids took to the Norman Rockwell Museum in Massachusetts. There, she began to ruminate on her place in the world through the lens of the idea of the Rockwellian existence and how that looked for her personally.

“I wasn’t aware of it at the time, but that ended up being the broader scope,” explains Meiners. “The series was like no other work I’ve ever done. I’m unapologetic about being white and privileged. That’s my truth, I can’t deny it. What I can do, however, is have a conversation about it and dedicate time to understanding what that means. My art requires an inward look.” 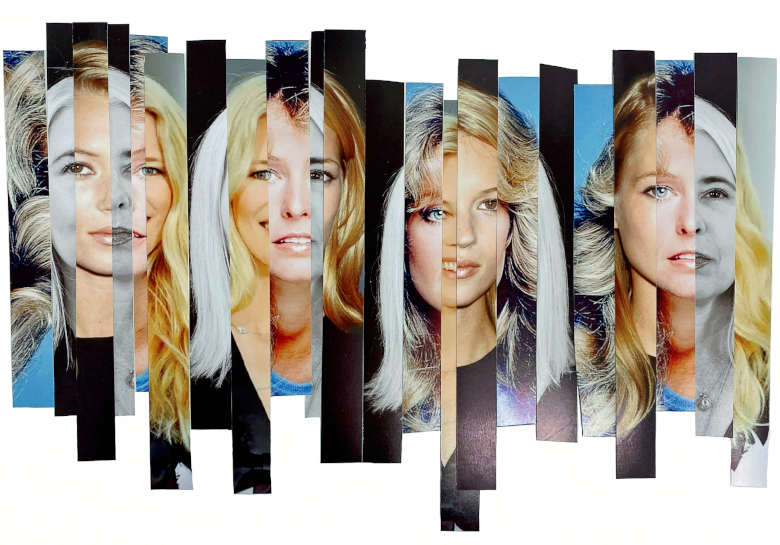 The series took eight years to complete and debuted as a solo exhibition at Anne Loucks Gallery in Glencoe. It was later featured at the Butler Institute of American Art in Youngstown, Ohio and at the Montclair Art Museum in Montclair, New Jersey before traveling to other venues nationally and internationally. A few more shows are already lined up for this year.

“It was really special to have people in my own community see this other side of me,” says Meiners. “Not just a mom on the soccer field or in the PTO but as an artist.”

Meiners’ art has been widely exhibited and remains in the permanent collections of the Illinois Institute of Art, Wheaton College, Harrison Street Lofts, Fragomen, Del Rey, Bernsen & Loewy, LLP, and numerous private collections. Her work was even on loan at the American Embassy in Uruguay from 2016 through 2019.

Now, she’s working on a project about masculinity inspired by being a mother to two sons. “It’s been particularly challenging to raise two sons in the #MeToo era,” says Meiners. “Not because I don’t agree with the movement but because there are societal expectations of what a man is supposed to be. I have to analyze where I stand in order to figure out how to best raise my children in a way that will help them be kind, generous, and loving but still maintain whatever I might think is masculine. I always look to what’s going on in the world for inspiration.”

Meiners approaches each project differently, depending on what she’s trying to say, and she usually has three to four projects in the works at any given time. One might be writing, another film, and another tactile, like sewing or collage. For this, she’s using found photographs from the internet.

In April 2019, Meiners’ first film, The Little Black Dress, was nominated for Best Mobile Short at the Indie Shorts Fest of the Los Angeles International Film Festival and was also an Official Selection in The International Women’s Film Festival and the L.A. Neo Noir Film Festival. The film explored Meiners’ relationship with the little black dress and why it has become such an iconic piece of clothing for women.

“I dove into that,” says Meiners. “Sometimes it’s an armor and a mask. It allows me to hide in a corner. Or, it can be the centerpiece at a party.” 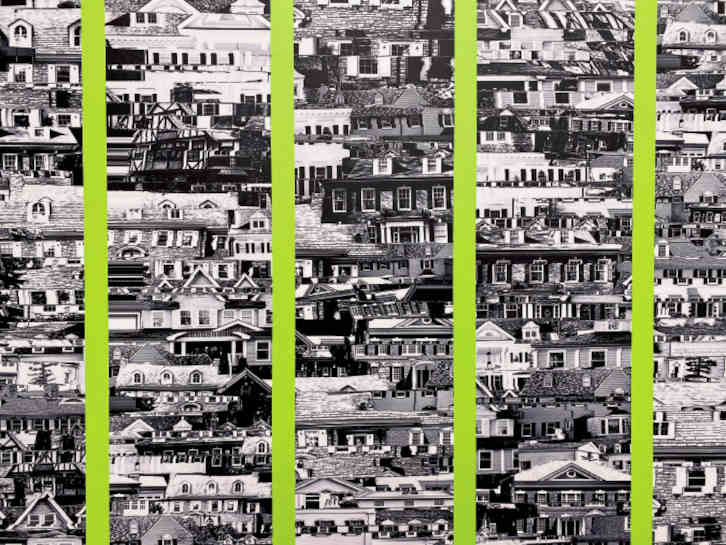 She shot the film on her iPhone during her first semester of graduate school and was quickly hit with the filmmaking bug. She recently finished an experimental film for her thesis about sweeping things under the rug, collecting anonymous content through a hotline and editing it into story form. 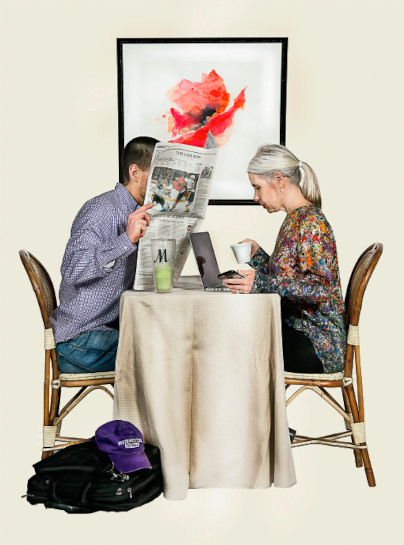 “A guy called and talked about how he knew he liked men for 25 years but always swept those feelings under the rug,” says Meiners. “A woman shared that a painter had told her and her sister that he didn’t wear underwear under his overalls while working at a project at their house when they were kids, but their mom swept it under the rug. Some of the themes are uncomfortable but important.”

Meiners is currently penning a feature-length film through Sundance. “Each moment in my career is ‘the best’ at the time, then things keep getting better,” she explains. “I’ll never feel like I arrived. For many artists, you don’t really ‘make it’ until you die.

For me, art is a necessity, not a luxury.”