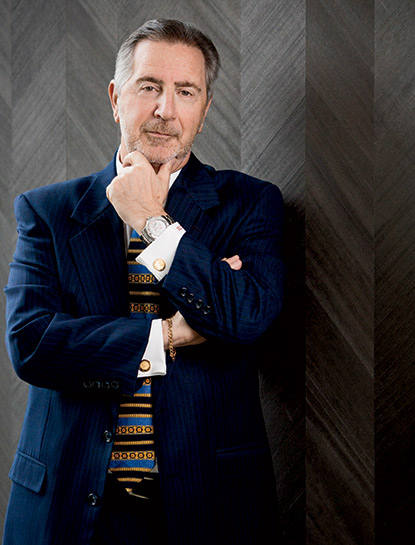 One of Enrico J. Mirabellli’s favorites stories about finding success as a young lawyer is also filled with a valuable life lesson—never stop committing acts of kindness. That’s exactly what the John Marshall Law School graduate did when he assisted a woman, pro bono, who was having issues with her landlord. “Soon thereafter, she was assaulted by an employee of a major airline,” says Mirabelli, explaining that she called him first because he had helped her. “I ended up filing a lawsuit that landed on the front page of almost every major newspaper in the country—settling for a very tidy sum.” That incident would be the catalyst for a series of high-profile cases, leading to Mirabelli’s career as an attorney specializing in family law. He has now handled more than 3,500 divorces or divorce-related cases, approaching each one with what he calls the three “Bs” approach—be honest, be fair, and be done. “Some of the matrimonial cases I’ve handled are very high profile or high net-worth and some of them not. Nevertheless, I have long realized that there are no small cases; only small-minded lawyers,” says Mirabelli, a native of the south side who joined Beermann LLP as an Equity Partner in 2011. “The goal is to treat every client with dignity and respect for their individual case. Whenever possible, I try to achieve a fair and amicable result without having to go to trial but I’m always ready to go to trial if settlement negotiations fail.”