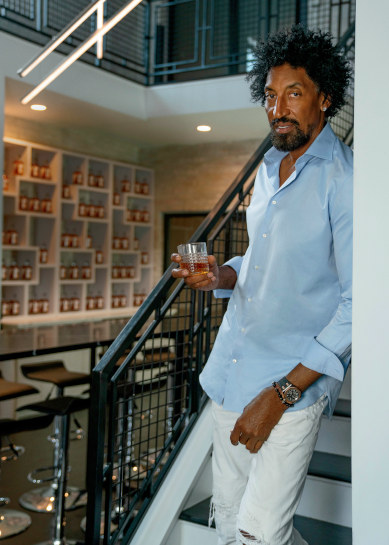 Scottie Pippen’s rich baritone is the envy of any DJ looking to land a gig at a smooth jazz radio station.

But Pippen didn’t need his deep voice to personify smoothness on basketball courts worldwide during a highly decorated career, gliding his lean, chiseled 6-foot-8 frame as a six-time NBA champion forward for the Chicago Bulls and as a two-time U.S. Olympic gold medalist. 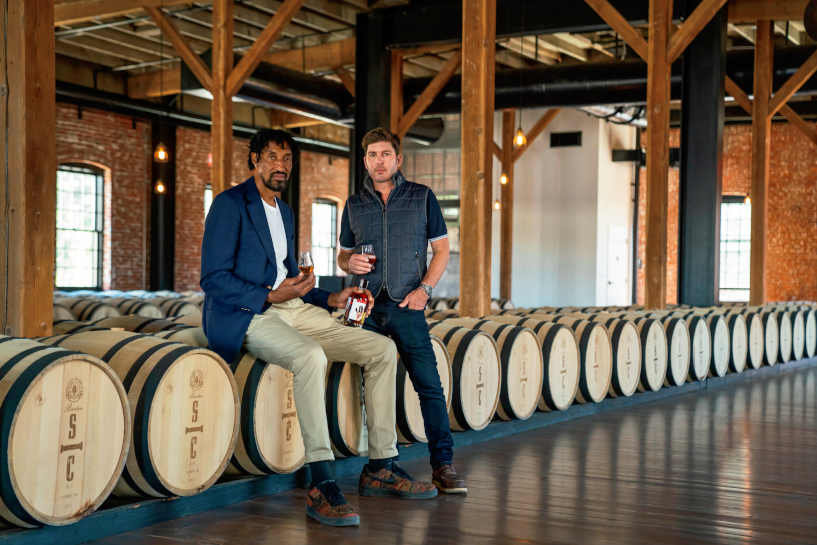 And now he’s one of two accomplished men behind Digits, a five-year-old Tennessee bourbon whiskey [46 percent alcohol by volume, 92 proof] that he launched with famed wine and spirits maker Dave Phinney earlier this summer. It’s Pippen’s first foray into the beverage industry, and it happened to coincide with the Bulls’ 30th anniversary of their 1991 NBA championship. 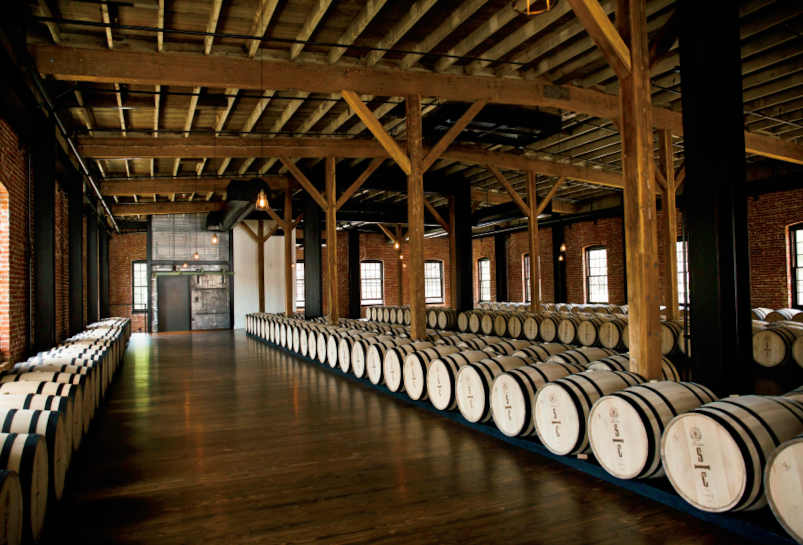 Picture Pippen soaring effortlessly toward a rim to drop a graceful, finger-roll layup through twine.

Imagine a sip of a distinguished and mature bourbon whiskey—Digits is produced and bottled by the Savage & Cooke distillery on historic Mare Island, near Vallejo, California—warming the roof of your mouth and blanketing your tongue. 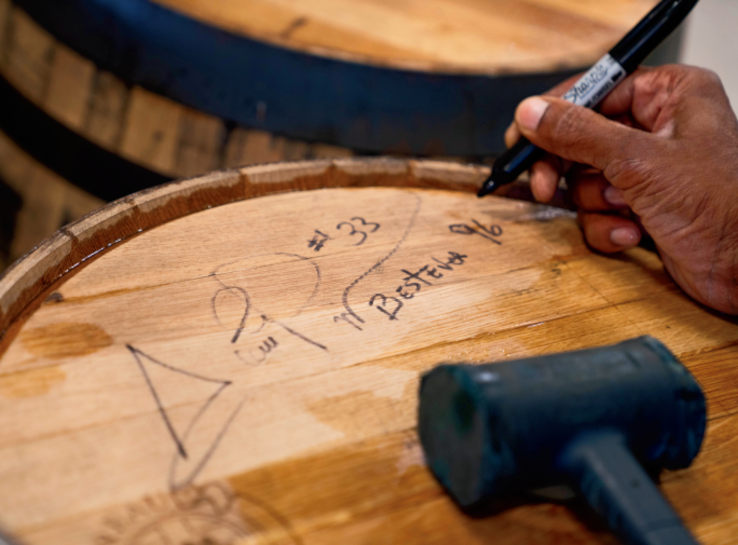 Scottie Pippen signs one of his Digits barrels

“Digits is straight and easy on the palate, with no hard edges,” says the 55-year-old Pippen, who lives mostly in Los Angeles but has owned a home in Highland Park since 2004, and regularly sinks silky putts at Kemper Lakes Golf Club in Kildeer and across a range of picturesque North Shore golf courses, including Exmoor Country Club in Highland Park, Lake Shore Country Club in Glencoe, and Lake Bluff Golf Club. 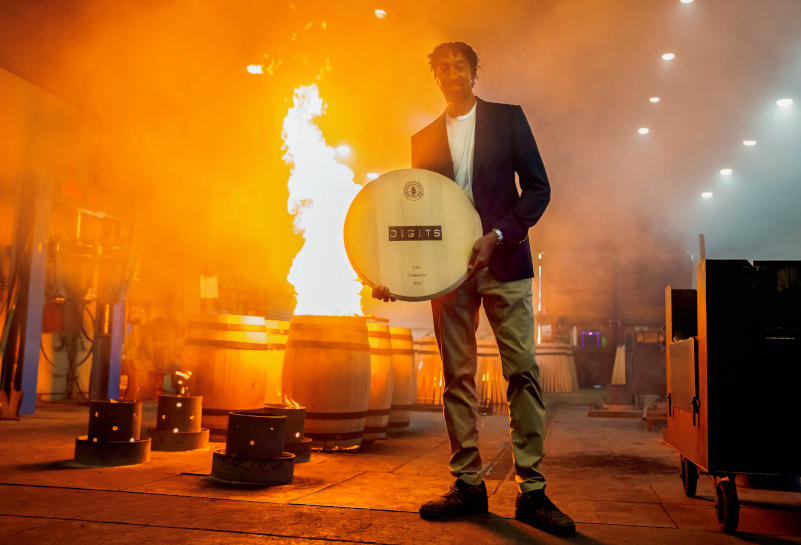 “I’m excited about this next chapter of my personal journey,” adds the Basketball Hall of Famer who was named one of the 50 greatest players in NBA history during his 1996-1997 season with the Bulls. “I get to work with one of the greats in Dave Phinney, who’s humble, very creative, and a true visionary.” 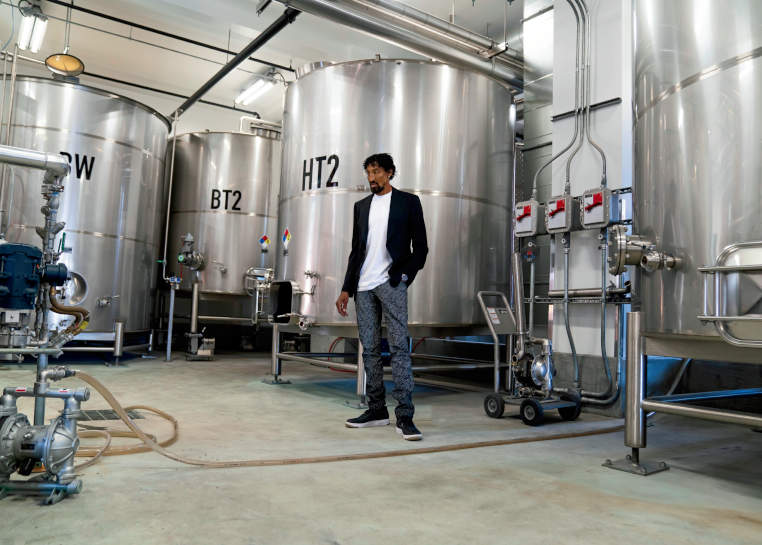 Pippen’s business partner, Trinidad native R.C. Mills, has an extensive culinary background and has been aware of Phinney—named Winemaker of the Year by Wine Enthusiast Magazine in 2019—since a brief encounter 12 years ago. Almost a year ago he arranged for Phinney, a Napa Valley winemaker and the spark behind the acclaimed flagship blend “The Prisoner,” to head nearly 400 miles south of Napa Valley to have dinner with Pippen in Santa Monica, California. 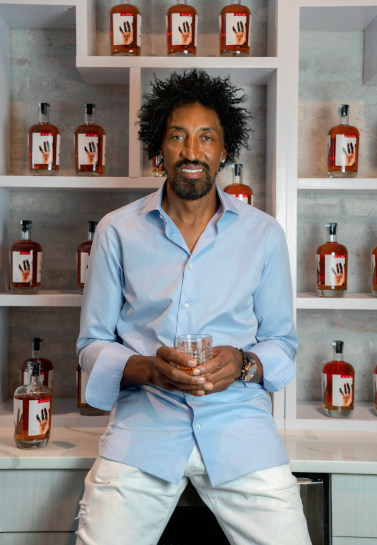 Scottie Pippen in front of his wall of Digits in Chicago

“I liked the potential fit,” Mills says. “Both are passionate people, and Dave Phinney has always been known for his attention to detail.”

Phinney, who also owns Orin Swift and produces wines from his vineyards in France, Italy, Spain, and Greece, opened his Savage & Cooke distillery in 2016 on the island that was the location of the Pacific Coast’s first naval shipyard in 1854.

Pippen and Phinney, 47, ate dinner at their initial get-together and talked spirits and collaboration and hoops—for six hours.

Teaming up with Pippen—the fifth overall pick in the 1987 NBA draft, out of the University of Central Arkansas—off the court thrilled Phinney to no end.

“Savage & Cooke, since its inception, has been a place of discovery and a home of opportunities for great spirits to come to life,” Phinney comments in a statement. “Little did I know I would have the opportunity to add to our roster one of the greatest basketball players of all-time in Scottie Pippen, whose drive for another great moment would include us coming together to make what is a beautiful and championship-level bourbon in Digits.”

Each bottle of Digits (blended by master distiller Jordan Via) features three striking images of Pippen’s right hand in various poses. One could easily pass as his right mitt, pinky askew, above a basketball rim and awaiting the descent of a ball on an alley-oop play.

Pippen, who retired from the NBA at age 39 in 2004, could have introduced Digits in southern California. Or somewhere in his native Arkansas. But the eight-time NBA All-Defensive First Team member chose to do so in Chicago, where he starred for dynastic Bulls teams that captured three NBA championship from 1991-1993 and three more from 1996-1998.

“Chicago has meant so much to me, from the experiences of playing here professionally and living here to the wonderful people who inspired me and cheered me on all those years,” Pippen says. “Bulls fans and sports fans in Chicago and all along the North Shore are the greatest. I wanted to toast them first and foremost.”