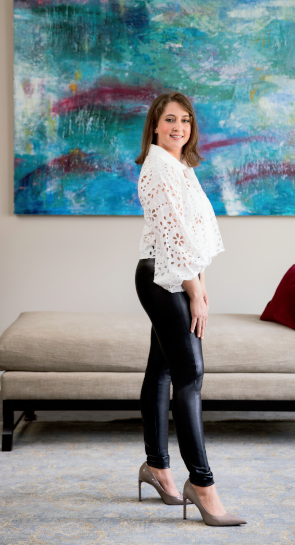 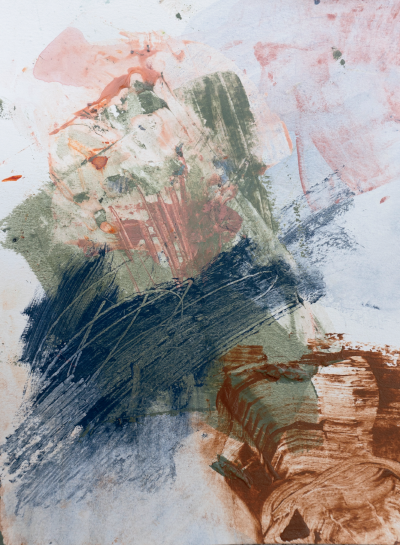 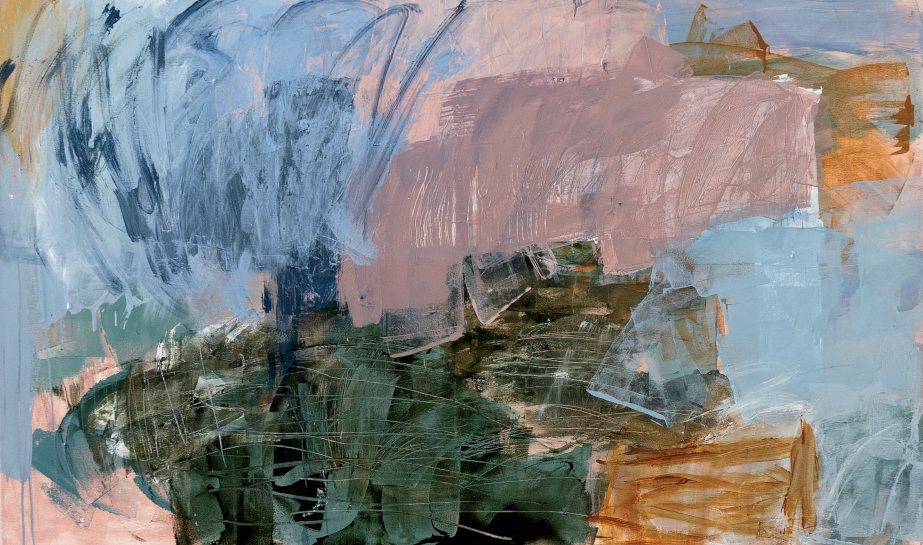 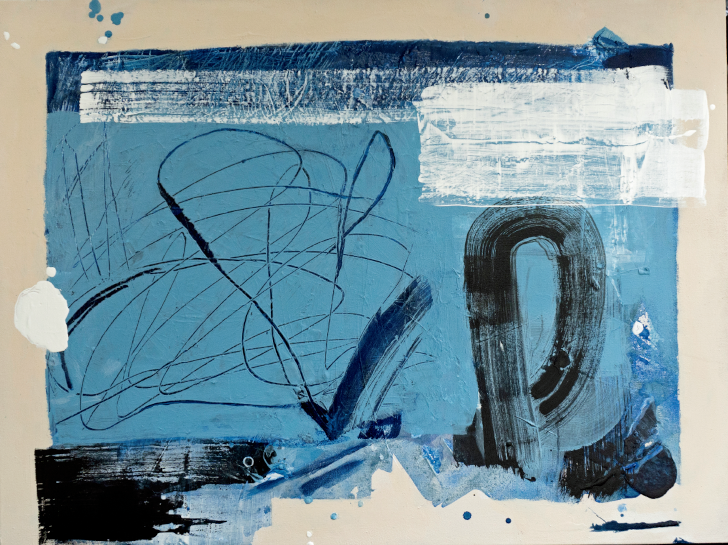 Fine artist and Glencoe native Caryn Constantinides first considered painting as a career path while a student at New Trier High School. It was while immersed in their in-house art program, she says, that art school became a viable post-grad option, and she later enrolled at the Maryland Institute College of Art to pursue a BFA in general fine arts.

But she added a BFA in graphic design to he coursework, too. “I felt nervous about having a fulltime career as an artist and trying to make money,” explains Constantinides. “Graphic design felt more sustainable at the time.”

For 10 years, Constantinides worked for different design firms. During that time she also took on freelance projects under the name Made By Caryn, working with brands like the Chicago-based ethically manufactured clothier Dearborn Denim (she created the company’s signature red logo when they launched in 2016). Then, she married and welcomed daughters Adele, 3, and Etta, 1, and happily became a full-time mom.

“With graphic design, I worked with clients who had deadlines, and I was often on someone else’s timeline,” says Constantinides. “When I had my first daughter in 2017, I knew I wanted to find something that would fulfill me creatively but also provide a flexible schedule—and that’s how I ended up launching Caryn Constantinides Studio.”

An abstract expressionist painter, Constantinides’ work aspires to use color, texture, and form to evoke emotion. She takes inspiration in everything from strolling through the Chicago Botanic Garden to The Modern Wing at The Art Institute of Chicago, specifically the work of 20th century American painter, sculptor, and photographer Cy Twombly.

“I also love West Coast interior designer Kelly Wearstler, who began her career as a graphic designer, too,” says Constantinides. “She uses lots of color and texture. And I’ve been a fan of contemporary British painter Jenny Saville since college. She does massive six-foot figurative paintings that have a subtle abstract quality. One brush stroke, for example, will create the shape of a lip. They’re very beautiful and layered.”

She recently invested in her first original art, an 8 by 8-inch piece by American contemporary painter Caleb Mahoney (she discovered his work on Instagram) with base tones of mauve and black. “Now I feel like a real collector,” says Constantinides. “It’s refined but still expressive in a different way than my own work. 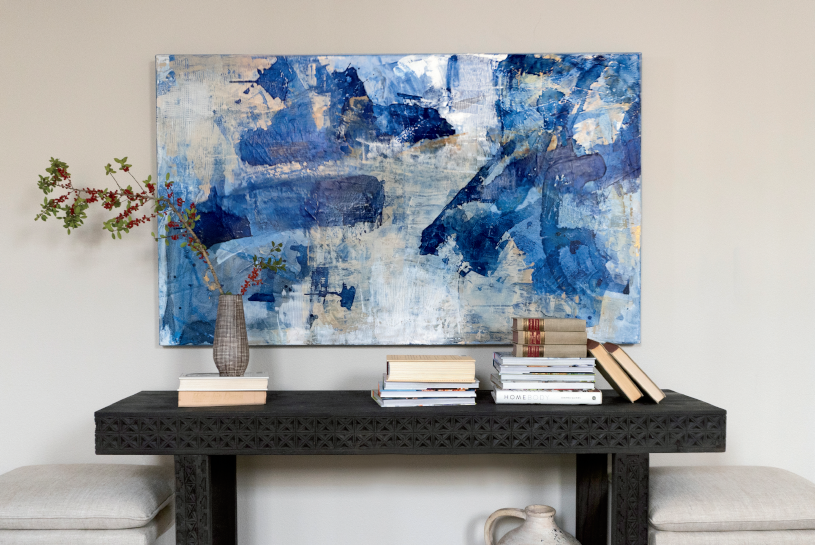 Instagram has made it easier for artists to be seen and has made the career more viable than it was when I first graduated.”

Constantinides typically begins her creative process with only a color palette in mind but no other direction, describing her work as “intuitive.” She uses a series of gestural marks and layers of paint to build a balanced composition, one that takes influences from Constantinides’ earlier career in graphic design.

“I often use graphic shapes, lines, and circles,” says Constantinides. “In graphic design, everything is so precise. My art stems from—and is probably a reaction to—those rules. Painting allows me to be really messy and free. That said, my design skills still come in handy. I can mock something up in Photoshop to see what the final product will be before I go too far down a path.”

In May 2019, she hosted her first gallery show at Vivid Art Gallery in Winnetka. Every month, Constantinides explains, the space showcases a new neighborhood artist. “I can’t tell you how exciting it was to see my work in the window,” she says. Although, she also mentions her first-ever commission—a bold large-scale piece interspersed with gold, navy, and cream—as a milestone.

Just recently, Constantinides finished a large-scale spring commission for a close friend with an abundance of seasonal hues, like blues, greens, teals, and pinks spread across an “expressive” and expansive 60 by 36-inch piece. “I felt the pressure,” says Constantinides. “I knew I’d see the piece all the time because we’re so close.”

With the arrival of spring and summer, Constantinides says she’s been in a lighter and more hopeful mood, dabbling in brighter palettes. Working in a series of layers—two to three in smaller pieces, more in larger— she adds a layer of color, lets it dry, adds another, then uses a palette knife to scrape parts away to showcase the various shades underneath. The negative space helps move the eye around and creates visual interest, she notes.

“Adding layers is like painting a completely new painting over the top of another,” explains Constantinides. “It adds texture. I’m influenced by my mood and actually want that to come through, so people feel something when they look at my work.”

Separate from her own artistry, Constantinides will soon be on the other side of the proverbial fence. She and her friend Lauren Laughlin, an artist agent, will this summer launch LCAC to help connect collectors with up-and-coming artists. One such artist might just one day be Constantinides’ daughter Adele.

“She loves to make art and tell people she’s an artist,” laughs Constantinides. “Of course, I know where she got it from, but I haven’t pushed it on her. My wish for her is that she grows up to be whatever and whoever she wants—isn’t that the dream for all of us?”