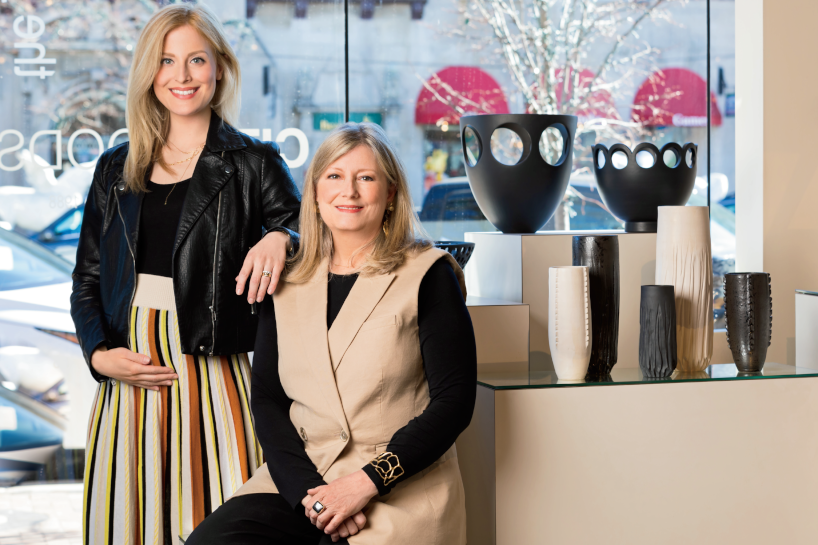 Citywoods has been a Highland Park shopping district fixture for 33 years, remaining true to its original concept of featuring handmade goods from American artists.

The concept began with owner Diana Schaps’ late husband, Robert, and his love of wood. Robert’s family were retailers in the music business, which fostered his appreciation of fine woods used in musical instruments. He proposed the idea of a fine woodworking store to Diana and with her background in retail and giftware, they expanded the concept to include other media. From the very start, they agreed that everything had to be handmade.

Together they spent two years sourcing artists, buying products, finding the space, hiring an architect, and building out the gallery. They were determined not to open until they were ready. That commitment to detail is evident from the beginning and continues to serve Citywoods well today.

“It was a much different time,” Diana says. “Highland Park was filled with independent retailers and a lot of unique shops. It’s a way of doing business that makes for a different experience.”

Fast forward to the present day.

About two years post-college, after dabbling in both politics and the jewelry business, Diana’s daughter Samantha joined Citywoods. They now run the business together, and their visions and style complement each other beautifully.

“The mother-daughter team is a great partnership,” Diana says.

“Samantha brings her style and energy. She has a great eye and an understanding of what works naturally—and her drive and vision to introduce fine jewelry into our space has been exciting. I applaud all that she has accomplished since she’s been here.”

“It’s a very good balance,” Samantha adds. And while acknowledging that she doesn’t have her mother’s history, what she brings to the business is equally valuable. “I have no long-term knowledge. I wasn’t here for the crash of 2008. But I see things from a different perspective, which is very healthy.”

Samantha previously worked for a fine jewelry manufacturer and realized a void existed in the market for unique, artist-made fine jewelry. Citywoods now features a beautiful collection of pieces made by American fine jewelry artists. “It’s been interesting to work together in terms of expanding our concept,” Samantha says.

“One of the things that is critical to being in business for a long time is the ability to adapt,” Diana explains.

“Samantha spearheading jewelry has allowed me to focus on the home sector of our business— which is my strength. Even though we cross over, we created a new balance and a modernization of our concept. And that will continue to evolve,” Diana says.

Admittedly the past year has been a challenge, but they have come through it even stronger. “The pandemic was hard on our artists and on us. But putting ourselves aside, we were committed to survive. Having been in business for 33 years is challenging. You have to love it. It has to be in you. I wasn’t going to let a 33-year-old business go,” Diana says.

The mother-daughter duo spent three months during the shutdown updating their website. “Having a web presence that accurately represents the gallery is very important and relevant. But it’s not the same as visiting the store. People still want to come in and try things on. Brick and mortar retail will never die,” Samantha notes.

“After being here for eight years, it’s really gratifying to see that Citywoods has remained true to its origin and inspiration, yet it’s still completely fresh and modern, and that has taken years to master. We’re always tweaking it,” Samantha says.

“And while there are obviously amazing artists all over the world—at the end of the day, it still matters to us to continue to support American artists,” Samantha notes.

Over the years, Diana and Samantha have developed close relationships with both their artists and their customers.

“At this point, Citywoods is more than just a store, it’s a community,” Diana says. 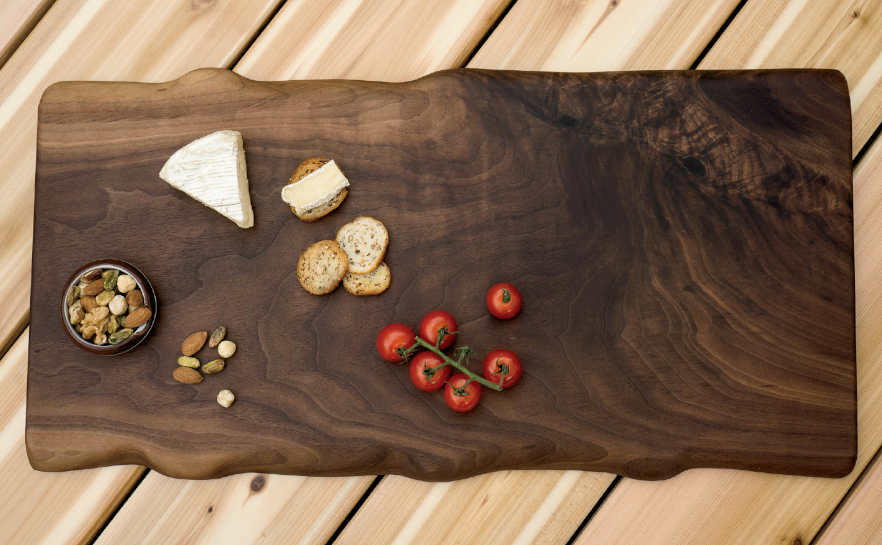 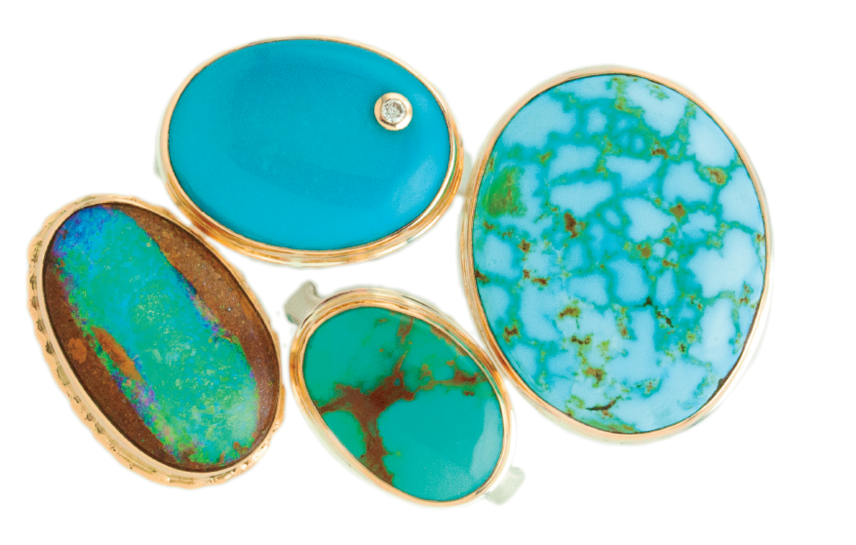 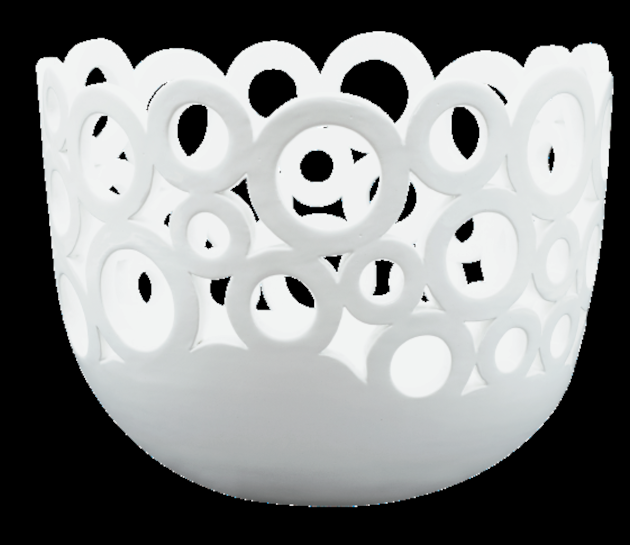 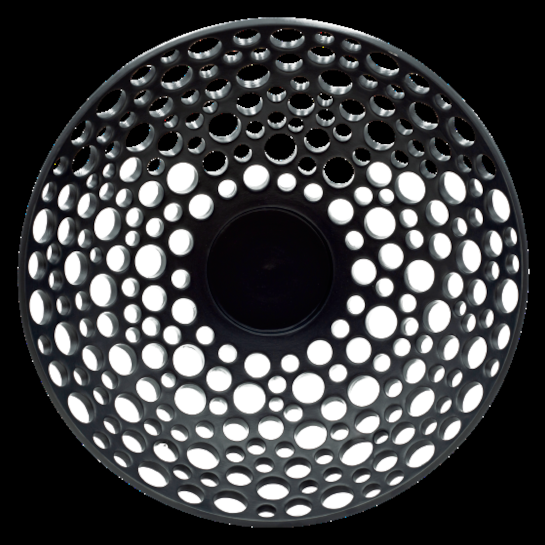 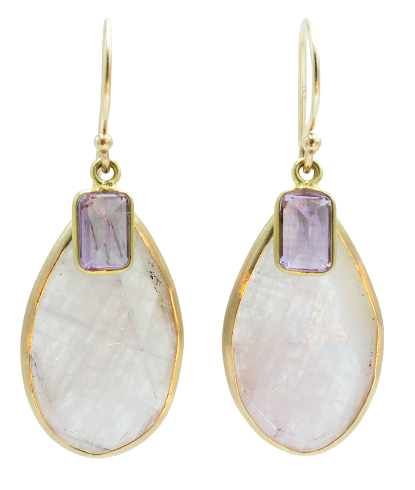 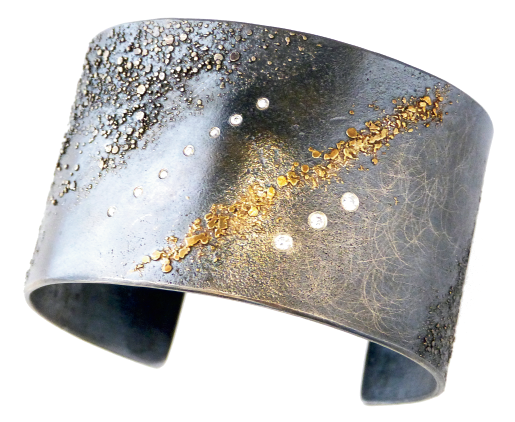