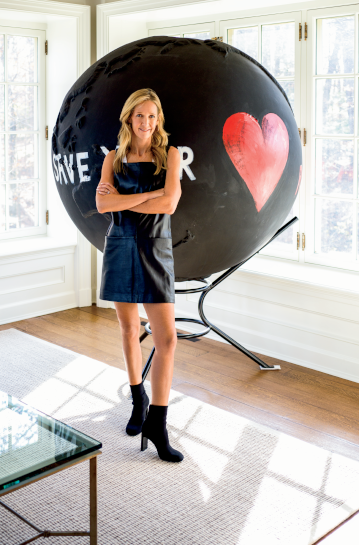 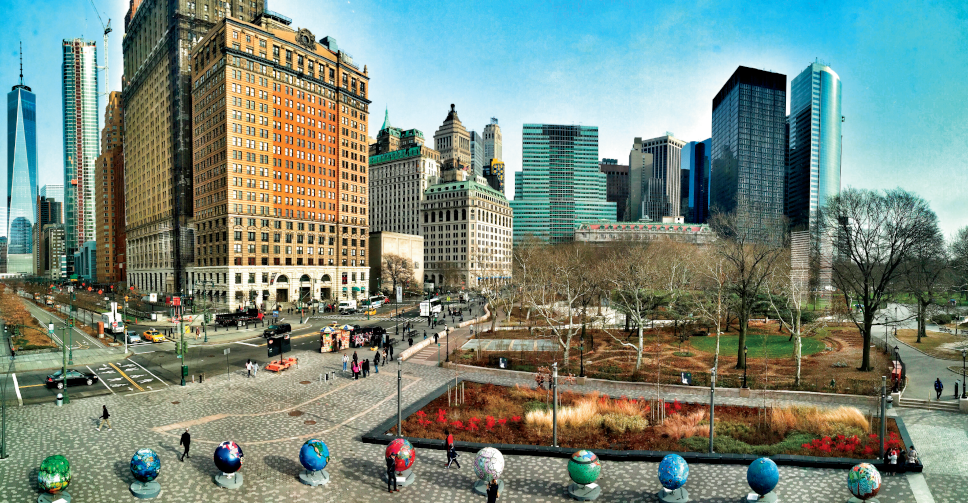 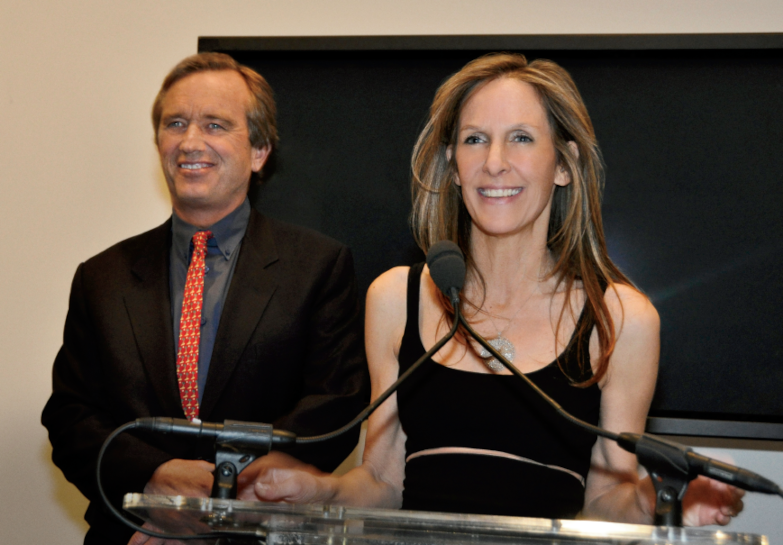 Robert Kennedy and Wendy Abrams at a Waterkeepers event

Nearly two decades ago, Wendy Abrams founded a nonprofit called Cool Globes: Hot Ideas for a Cooler Planet. Highland Park has always been home base for Abrams, the place where she both grew up and raised her own family. Her environmental work, however, has expanded its reach to national and even international platforms. She has become a highly respected activist taking on topics ranging from civil and social rights to climate change. A member of the board of the Center for American Progress Action Fund, the Robert F. Kennedy Human Rights Leadership Council, and in 2019, she was also a recipient of their Ripple of Hope Award.

“When I went away to school at Brown, my dad’s advice was that I could always find ways to learn about economics and finance later on, but not necessarily art history or literature.” After graduation and a stint at an advertising firm in New York, Abrams returned to Chicago for an MBA at Northwestern and leadership positions at several corporations. It wasn’t until her late 30s when she really found her professional and philanthropic passion. “It started when I read an article that talked about the possibility of an uninhabitable earth in 100 years,” recalls Abrams, “with four young children, including newborn twins at the time, all I could think about was their future.” She contacted the Environmental Defense Fund, visited the New York City headquarters to meet with staff and scientists, and joined their lobbying efforts on Capitol Hill.

An invitation to the Clinton Global Initiative came with an obligation to build a project that would help the environment. “I realized that it wasn’t about protesting, it’s participating that makes the difference,” says Abrams. She partnered with the Field Museum, the City of Chicago Environmental Commission, rallied a committee of friends and volunteers, and notable artists including Jim Dine and Jaume Plensa. The result was an exhibition, Cool Globes, modeled after Chicago’s Cows on Parade, with one-of-a-kind sculptures of globes intent on educating young and old on everyday solutions in global preservation. “I wanted the messages to be visually stimulating and offer solutions as opposed to scaring visitors on challenges we face,” remarks Abrams, joking that now the traveling works have become a “Where’s Waldo” type of search. When out-of-towners began inquiring and subsequently acquiring temporary installations for their respective communities, Abrams found herself, along with Cool Globes’ Executive Director, Megan Scarsella, organizing shipping, insurance, and curatorial management. The show is currently on view in Charlotte, North Carolina, having logged an impressive number of miles spanning three continents. 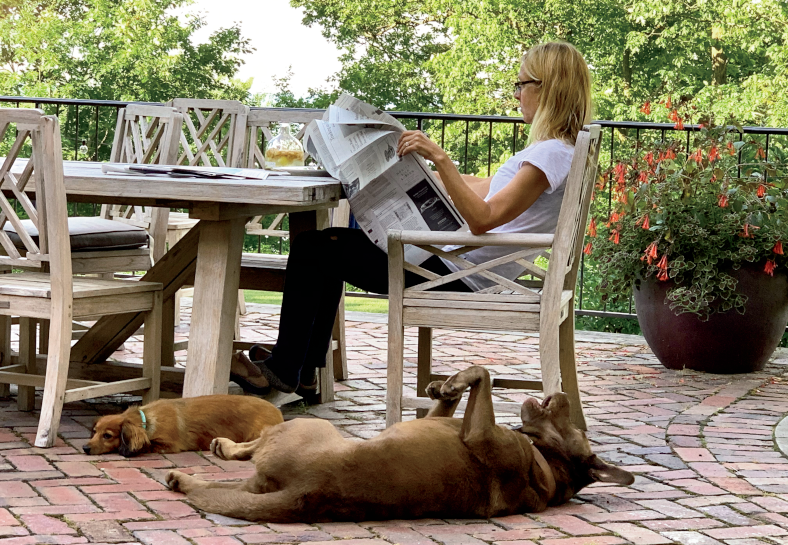 Abrams at home on a typical morning 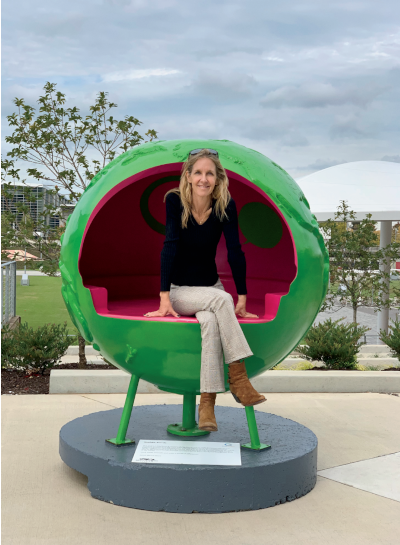 Abrams at the Cool Globes exhibit in Atlanta in 2019 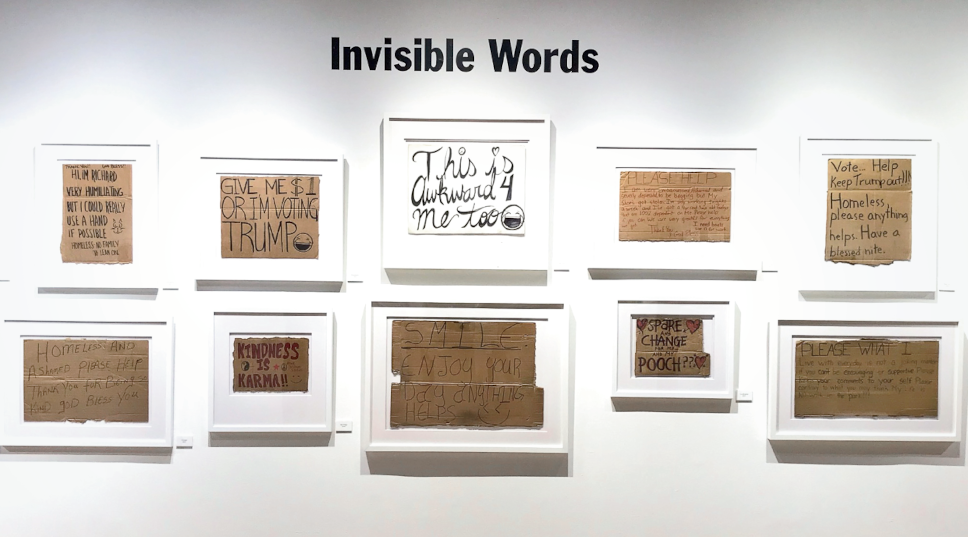 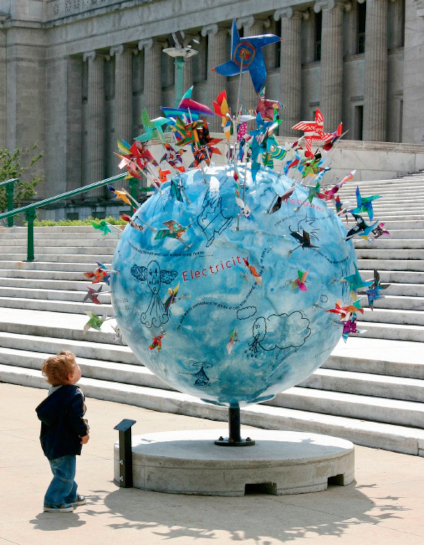 A few years later, Abrams regrouped many from the original Cool Globes’ team to focus on campus activism under a campaign called Know Tomorrow. “I want the next generation to feel educated and empowered,” says Abrams. This time they mentored college students at more than 80 campuses, from Tufts to Tuskegee, to engage creatively in building their own climate awareness campaigns. While climate change has been her top priority, it is on a long list of issues that she believes need addressing. In response to pervasive homelessness, Invisible Words debuted at The Art Center of Highland Park in 2019 (and is scheduled to tour Washington, D.C. later this year.) It features a collection of homeless signs that Abrams purchased from their authors. “I think the North Shore is really progressive,” notes Abrams, who feels strongly that her peers and those of all ages understand drastic measures and significant expenses are not the only ways to embrace the movement. Getting involved starts with recognizing that no person or problem is overlooked, and sometimes that means without concrete answers there can simply be conversation.

Abrams now teaches a course, “Activism and Advocacy,” at the University of Southern California. Guest speakers from Patagonia’s Director of Corporate Social Responsibility to former Members of Congress frequently join for class discussions. The students Abrams is most proud of are those, now all in their 20s, that she shares with her husband, Jim. “Our kids have each found their personal inspirations and that’s my best contribution to sustainability,” says Abrams.