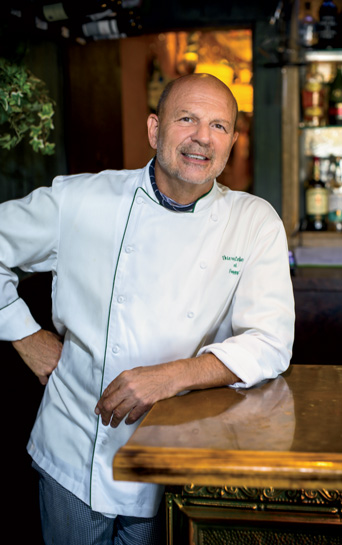 Long before trendy food spots with creative fusions entered the game, the idea of dining at a fine French restaurant colored culinary imaginations. The French, developing a method of understanding haute cuisine as early as the 17th century, became the archetypal purveyors of fine food for the discerning, privileged palate. The romance of enjoying gastronomic delights of rich meats, mother sauces, and the freshest fruits and vegetables lovingly and exquisitely prepared by learned and accomplished chefs is not just a notion to survive the centuries, but to thrive in today’s restaurant renaissance. 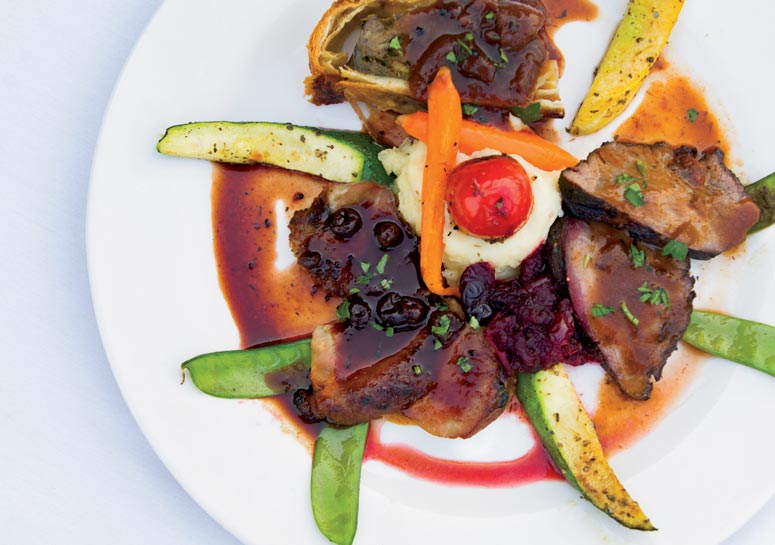 “It doesn’t matter what you have been, what you have accomplished, even in 40 years—at the end, you’re only as good as the last meal you created,” Chef Thierry Lefeuvre explains, reflecting on his landmark restaurant, Froggy’s French Café, which celebrates 40 years on the North Shore. 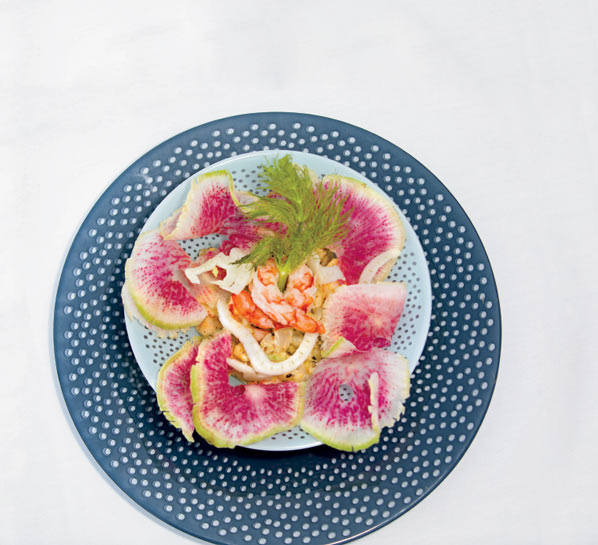 Ceviche of shrimp and red snapper with fennel and watermelon radish, finished with house citrus vinaigrette

Like his 19th century predecessor, famed French chef, Auguste Escoffier, Lefeuvre, too, became a personal chef for elite clientele, most notably the governor of Tahiti. Those who order Froggy’s signature dish, steamed lobster finished with a savory vanilla cream sauce, will taste the influence of the chef ’s time in French Polynesia, and perhaps expand their understanding of the potent bean as something beyond the realm of dessert.

Passers-by know Froggy’s from the street-view glimpse into the Greenhouse Bar, an absinthe-tinted space canopied by skylights. In the summer, classic white-clothed tables spill onto the sidewalk; in winter, those same tables tuck back inside, flanking the great brick fireplace that dominates the southern wall. Bowtied waiters (many of them longtime members of the Froggy’s family) pour champagne cocktails and uncork bottles of Bordeaux from their extensive in-house cellars. In the shadow of decades’ worth of awards and commendations, a buttery, cognac-colored leather stool sits unofficially reserved as the perch of the guitar players, poets, artists, and authors who regale Friday night gatherers. Behind the bar, the main dining room offers the formal atmosphere that is French cuisine’s natural home, while a cheeky, eclectic array of parasols and umbrellas diffuse the ceiling light to a dim glow. It is this elegant yet playful, prestigious yet accessible vibe that—together with arguably the most authentically French menu on the North Shore— earns Froggy’s the following of lifelong North Shore residents and the younger set who are discovering its appeal for the first time. 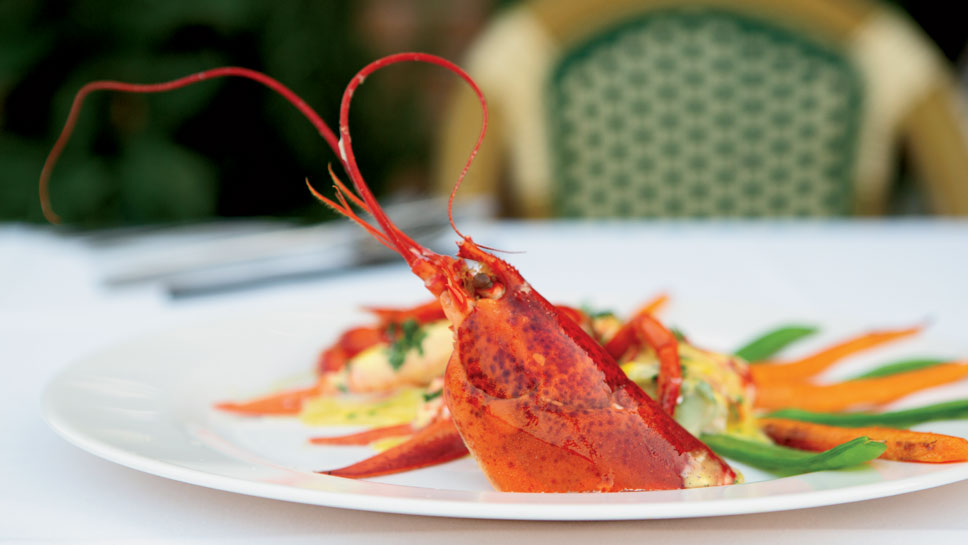 Two thousand twenty is a difficult year to mark an anniversary, yet Froggy’s continues to adapt to changing levels of comfort with measures designed to instill a sense of safety, without having to sacrifice experience. Dressing-room-style partitions now divide each table in the main dining room, creating a more private enclosure that has some diners suggesting they become a permanent fixture. A newly installed purifier refreshes the circulated air every fifteen minutes, and a UV light adds yet another measure designed to keep the restaurant as safe and comfortable as one could hope. 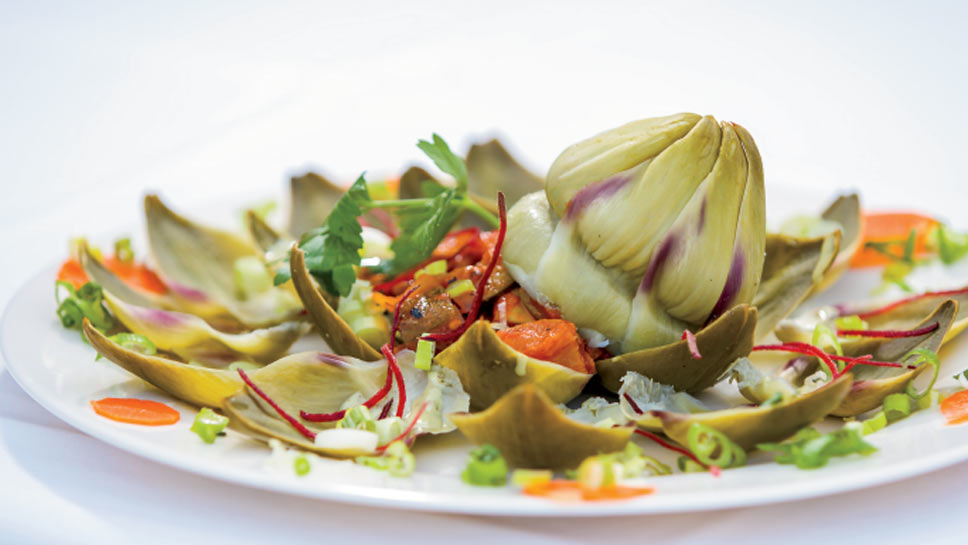 Steamed artichoke with ratatouille, sauced with house herb vinaigrette—one of the many vegan and vegetarian options available on Froggy’s menu

When restrictions are lifted and people feel ready to take the adventurous plunge of dining indoors again, Froggy’s will welcome them as warmly as those who prefer the option of take-out. The somewhat laughable notion of to-go meals from a fine French restaurant is one that Chef Lefeuvre takes on the chin. Like his consistent quote on Instagram posts, he reminds us, “never take yourself too seriously.”