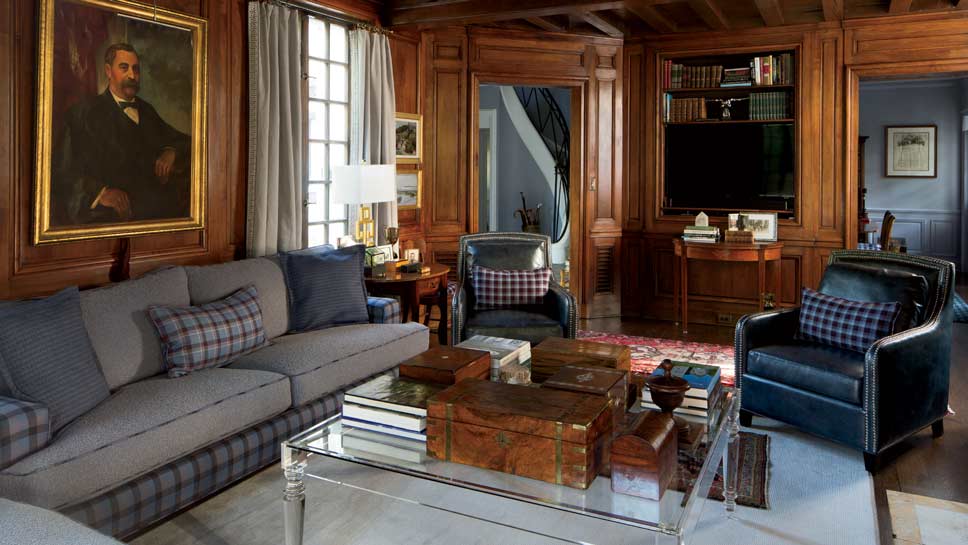 Once upon a time, in a lovely land along the scenic shores of Lake Michigan, sat a picture-perfect country cottage.

Along came the most ideal owners for this charming home.

But alas, it just was not meant to be—the first time.

Several years passed, and the opportunity came once more. But someone had beaten the potential owners to the punch and a contract was pending, so they lost out on it, yet again.

They returned home, bereft. Then two days later their phone rang . . . and in that moment, a real estate dream came true. 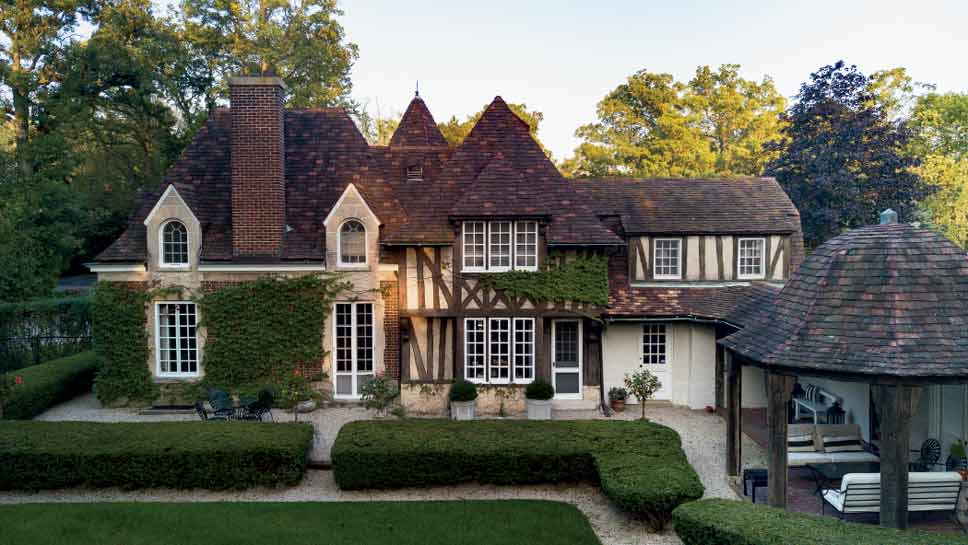 About six years ago, Jeff Harting and John Toniolo had just sold a home in Michigan and were about to start construction on their third Michigan weekend home. The two are both architects and founders of the firm GTH Architects. “Plans were complete, bids were in, and as usual, the costs were coming in far greater than we anticipated,” Harting explains.

They decided to pause for a moment and think about if it made sense to move forward with construction. They searched for homes on the North Shore and “stumbled upon a charming home that spoke to both of us, a home exuding charm and character beyond comparison. We sat starry-eyed at the online images and could immediately see ourselves scrapping all plans and moving right in.” 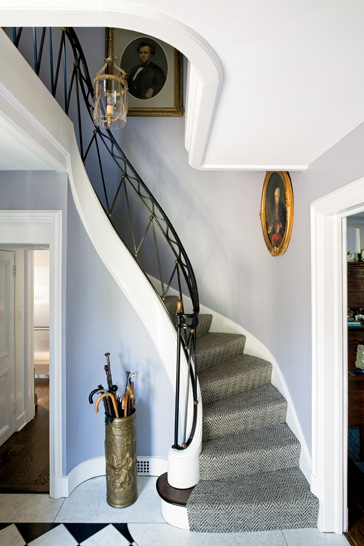 But once they did some soul searching, they realized they were too far into the Michigan project, so they had to reluctantly say goodbye to their “thoughts and dreams of living in this Highland Park charming cottage.”

Four years passed and Harting and Toniolo sold their next Michigan house and found themselves in a similar situation, getting numbers back to do yet another new home. “We weren’t even thinking about this house at all.” But they did another search online just to see what was out there and what do you know—the charming cottage came up again.

“I thought, this is just too weird, that it’s for sale again. So we called the realtor and said we’d love to see it.” Although the house was already under contract, the realtor was willing to show it to them. 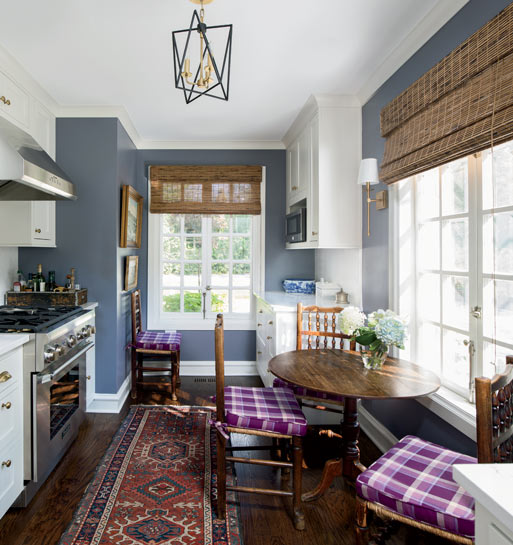 “We walked in the front door and we both almost wept. It was so lovely and charming. We were simply smitten and in love with the house. The exterior was just a prelude to the interior with the paneled walls and many beautiful details,” Harting says.

The first time they toured the home, they immediately knew what they would restore, renovate, and improve. In addition to their architectural firm, they also own a fabric company based out of Scotland, Jamie Graham Fabrics. “We envisioned the home as a backdrop for our Scottish designed and manufactured fabrics and actually living with them in a setting best suited for them. It all seemed so perfect. However, we were reminded it was under contract.”

Yet, as they left, their realtor uttered those fateful words, “you never know.” And lo and behold, two days later their realtor called and asked if they were still interested in the cottage. 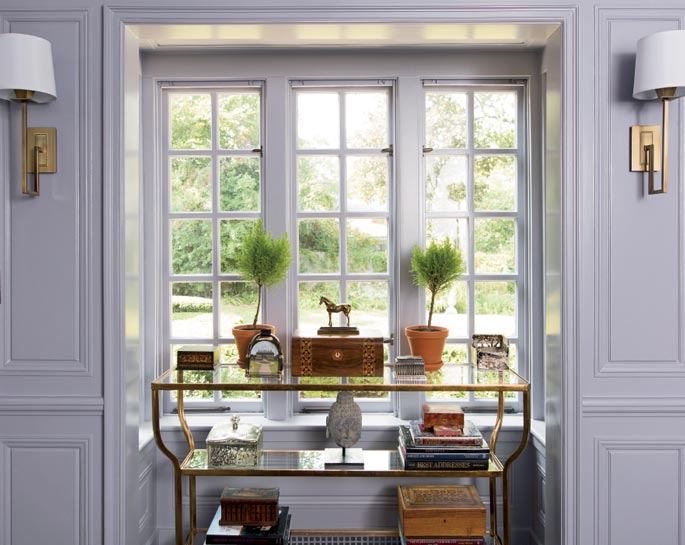 They have spent the last two years updating and decorating this unique property. “We’ve mostly decorated because, luckily, it never really went through a bad renovation.” In addition to redoing the bathrooms, they’ve also “renovated the kitchen to be more period to the existing home and restored the butler’s pantry cabinetry. We also restored the living room paneling and refinished all the floors throughout. On the exterior, we have focused on landscaping improvements and garden restorations and plantings, as well as window and door restorations and maintaining the original details and character so lovingly designed almost 90 years ago,” Harting says. 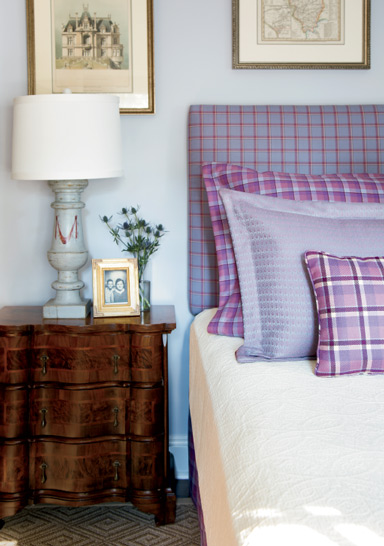 As Harting describes it, “It’s a nice little four-bedroom cottage on the inside. There’s a big living room, but there’s a small kitchen and dining room and just a lovely staircase. The funny part was, we didn’t really research the house much until after we bought it. To find that an architect designed it for himself and his wife was amazing,” Harting says. The house was built in 1932 as part of a cluster of French-inspired homes designed by architect Ames Ross. The inspiration came from the ancestral home of his wife, Fernande, who was originally from Brittany, France. This is what inspired Ross to name the street this home was on, Brittany Road, as a loving tribute to his wife. 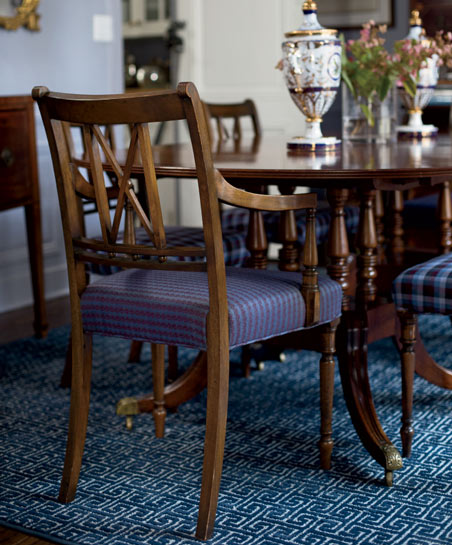 “We knew it was fate that the home found its way to us. The timing and chance encounters are fortuitous and destiny in one way or another,” muses Harting.