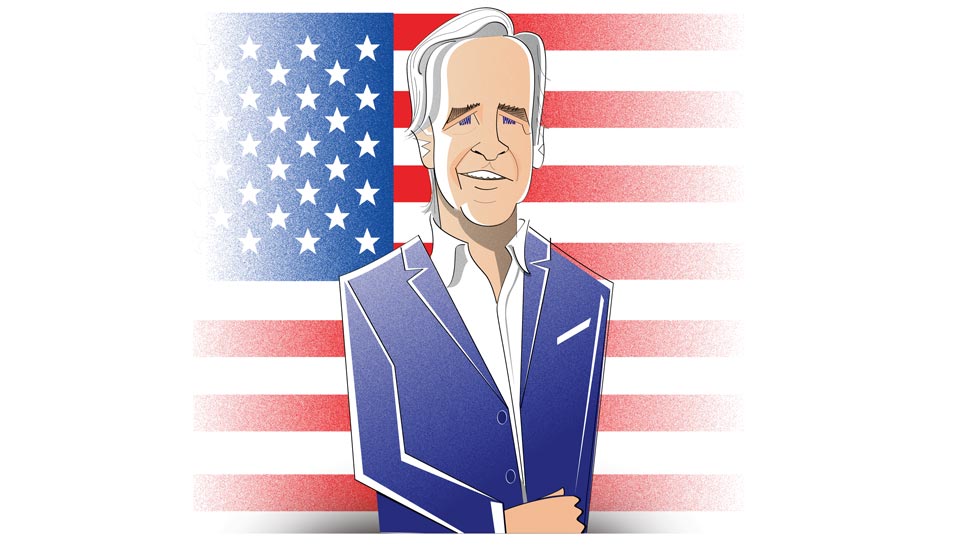 It’d be easy to start a full-page magazine piece about retired Marine Corps aviator Jim King with vivid descriptions of one of his 215 Vietnam War missions from 1969 to 1970. It’s November, after all, the month featuring Veterans Day. But Jim King, the topic, is No. 101 on King’s List of 100 Favorite Topics.

He’d prefer to discuss sisters Alison and Emily Spann, of Winfield, Alabama, and wondrous details of the Marine Corps Scholarship Foundation until his voice deteriorates to full-blown raspy. The sisters’ 32-year-old father, CIA Paramilitary Officer Johnny “Mike” Spann (a former Marine), was killed in action on November 25, 2001, three days after Thanksgiving. He was the first American combat casualty in Afghanistan following the September 11 attacks. Alison was 9; Emily was 4. About a month later tragedy struck the family again, three days after Christmas. Their mother died from cancer. The sisters tied for the all-time record in consoling hugs received in a single holiday season.

Years later the Marine Corps Scholarship Foundation (MCSF) provided a major lift for the siblings, enabling them to enroll and flourish in college. Alison, a news junkie since the day she could read, majored in communications at Pepperdine University and landed a job as a television reporter in Biloxi, Mississippi; Emily graduated with a degree in international business management at Georgetown University earlier this year.

“I usually like to stay under the radar, but not when it comes to an opportunity to talk about children of Marines and their education,” says humble-to-the-core King, who grew up in Oxnard, California, and founded Five Crowns Capital, LLC, in 2002, after a 20-year tenure with the real estate investment firm RREEF. “Education is an investment in our country’s future. It’s exciting, moving, to learn about the students’ progress in college and beyond. What I like more than anything else is listening to the students and their parents speak at the Chicago Dinner because they’re absolutely the best speakers. We see Marine Corps values—courage, honor, commitment, teamwork, not leaving anybody behind—in these families.”

“We’re all in this together.”

Alexis Wright is the daughter of Staff Sergeant Anthony Session, United States Marine Corps (Ret.). Losses and personal setbacks delayed the 2008 high school graduate’s pursuit of higher education. Now a wife and mother of a 4-year-old son, Wright transferred from a community college to San Diego State University to accelerate her quest to become a doctor. She’s majoring in microbiology and double-minoring in megapersistence and ultrazeal.

“I am so very thankful to programs such as Marine Corps Scholarship Foundation for making my college experience less stressful,” Wright writes in a letter to MCSF. “Attending a fouryear university has been one of the most empowering moments of my life. Now more than ever I encourage other young mothers and wives who have not finished their education to do so. It is never too late to complete your education and achieve your [career] goals.”

Alexandria, Virginia-based MCSF has awarded $135 million in post-secondary scholarships to more than 40,000 children of Marines since 1962. King served as MCSF’s vice chairman of the board for 14 years and launched a local initiative, the highly successful Chicago Dinner, with others in 2011. The Chicago Dinner raises funds annually for children of the severely injured Marines. The pandemic forced the cancelation of this year’s dinner, but it failed miserably to scrub folks’ enthusiasm. More than $1.6 million had been raised through mid-September, following an average yearly total of $2.7 million in investments over the last three years.

The admirable goal is to provide $30,000 need-based scholarships to 1,000 students. That’s a whopping $30 million; King and his fellow dinner hosts are more than halfway ($17 million) home.

MCSF recipients graduate from college at a rate of 90 percent, compared to 65 percent nationally. Other MCSF figures: 50 percent of the scholars are first-generation students, 45 percent are STEM majors, and 39 percent are students of color.

King met his wife, Suzanne, at the University of Southern California. He majored in business administration in Los Angeles; she got her degree in education. Jim attended Officer Candidates School in Quantico, Virginia, in 1966, and earned his wings in 1968 at Corpus Christi, Texas. During the Vietnam War, he flew the Grumman A-6 Intruder in day and night missions over South Vietnam, Laos, and Cambodia, among other lands.

Water has been one of his treasured escapes since retiring from the military. King has run at least 18 rivers worldwide with fellow whitewater-rafters. His experience along China’s Yangtze River? “The most exciting, the prettiest, and the scariest,” says King, who has also pierced waves with paddles in Chile, India, and Serbia, and would jump at the chance to fly-fish anywhere or ski in Colorado. “There’s nothing like whitewater rafting. You’re out there navigating with 8 to 10 others, no phones, enjoying the time to talk and to reflect.”

The adventurous King owned planes for 25 years before selling his last, a Cessna Caravan, seven years ago. He misses it. But his spirits continue to soar whenever he’s around any of his eight grandchildren. Married for 52 years, he and Suzanne have three children.

“It’s been nice and fun because education means so much to my wife and me,” King says. “Making a commitment to it balanced our lives, especially at the beginning of our involvement. We’d devote a third of our time to family and travel, another third to the MCSF, and a third to work.”

He’ll be all-in on November 11, Veterans Day. And he’ll reflect, this time on terra firma. He’ll no doubt nod and smile warmly while acknowledging grateful sentiments from loved ones and friends. He’ll deliver grateful sentiments in the presence of other veterans.

“It’s a day,” King says, “to thank our veterans for their service and also for providing an example for every American to make personal sacrifices and compromises for the greater good of our country during these challenging times.”