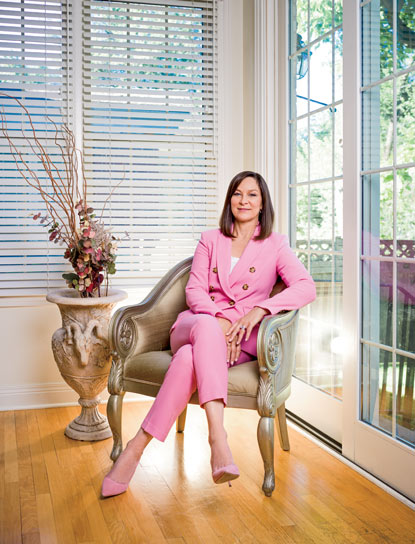 The youngster who threw hay on her home ranch in the Santa Cruz Mountains and ran tight spirals in a Powder Puff high school football game in California, now enjoys riding swiftly on the trails.

Linda Imonti, managing principal of KPMG’s Chicago office, grips an ATV’s handlebars and attacks the tough terrain of trails in South Dakota’s Black Hills and also gets a kick out of schussing slopes in Colorado.

“Lots of dirt, lots of dust,” Imonti says of the grime she and her family—husband Dave Way and their daughter, a student and longtime equestrian Kayla—faced on off-road bikes in the Mount Rushmore State during their bumpy, twisting, thrill-a-second Fourth of July weekend this year.

Imonti’s life, in a trio of words: lots of firsts. First female managing principal of KPMG Chicago; first woman (and youngest employee) to make partner in consulting at the accounting and advisory firm Grant Thornton; first full-time student at San Francisco State University to launch a bookkeeping business and sell it three years after graduating; and, presumably, first fifth-grader to form girls basketball and baseball teams because none had existed at her small, rural grade school in Santa Cruz County. Imonti and her teammates dribbled deftly in the winter and ran the bases in the spring versus other park district teams.

Imonti sits still as often as a crocodile flies. “I work out religiously, at least four times a week,” says Imonti, who has been at KPMG— one of the world’s leading professional services firms, providing innovative business solutions and audit, tax, and advisory services to many of the world’s largest and most prestigious organizations— since 2006, and oversees a small village (more than 2,600) of partners and professionals at the Swiss cooperative’s Chicago location.

But years ago Imonti was sitting down, at lunch, when her response to one of her lunchmate’s comments revealed all you’ll ever need to know about Imonti’s sound, selfless leadership style. Imonti had just been promoted to partner—without having served a minute as a senior manager, the title most attain before becoming partner—at Grant Thornton.

“One of the first things she said to me was, ‘You’re so lucky, Linda; you now get to be a boss,’” Imonti recounts. “I then told her, ‘I don’t look at it that way, and I never will. When you’re a partner, every day is about everybody else.’ I’m all about enabling folks around me to be the best they can be, or maybe even surpass their expectations of themselves. People, I’ve learned, are capable of so much more than they believe they are.”

“What’s most rewarding for me at KPMG is watching another grow in their career. Nothing excites me more than when someone finds their passion at work, accomplishes things, and gets promoted. Seeing their excitement, it’s the best, and it energizes me. We are focused on people and clients first at KPMG; our organization is structured around that.”

Elected to KPMG’s Board of Directors in 2015, Imonti chaired the American Heart Association’s 38th Annual Heart Ball in June, a virtual event that raised more than $2.3 million. She’s also proud of her company’s commitment to eradicate childhood illiteracy through KPMG’s Family for Literacy (KFFL). Put books in little hands, watch opportunities swell. KPMG also has partnered with United Way of Metro Chicago to augment the nonprofit’s COVID-19 Response Fund and support the agencies tasked with ensuring Chicagoans’ access to basic needs in times of crisis.

A college-aged Imonti averted calamity—hunger—by selling her accounting acumen to small businesses. Her company, Good Balance, grew steadily to the point where she had to hire five bookkeepers. Imonti hit the textbooks, too, though she did not have to take Grit 101 or Intro to Tenacity. She had acquired those invaluable traits, tuition-free, from her father, Dominic.

“I loved bookkeeping at an early age. Accounting, it all made sense to me. Numbers have always been either right or wrong. What I love now is a combination of accounting and technology. I didn’t sleep a lot in college. I spent most of my time either studying or working. I didn’t get the true college experience,” Imonti shares.

The former high school sprinter dashed to sustained professional success after her San Francisco State days. Today she’s a 30-year veteran of business consulting, having worked with clients to develop information-centric organizations by leveraging data for key insights and transformation.

Imonti, a North Shore resident since 2006, received a Women’s Leadership Award from Consulting Magazine, and Crain’s Chicago Business named her a Notable Woman Executive. The National Diversity Council included her on one of its Top 15 Business Women in Illinois honor rolls. 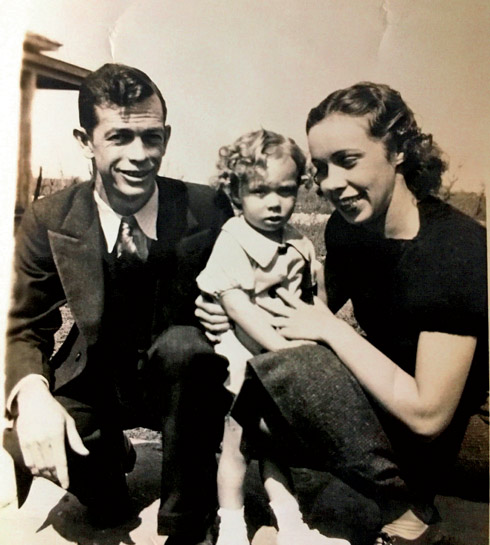 The most influential woman in Imonti’s life, from the time she first shook a baby rattle to the time she became adept at leading and coordinating multidisciplinary KPMG teams across the country and globally, was her mother, the late Jeannette Imonti. Jeannette’s parents, Virgil and Ellen Grimes, were deaf.

Jeannette signed before she uttered her very first syllable.

“My mom,” Linda says, “grew up in an era when deaf people were looked at and treated differently than they are today. She was kind, loving, accepting, and nonjudgmental. She was hardworking and liked to tell my siblings and me that our dreams should never have any boundaries.”

“She believed,” sums the tireless business leader and athlete, “that you should be true to yourself at all times.”