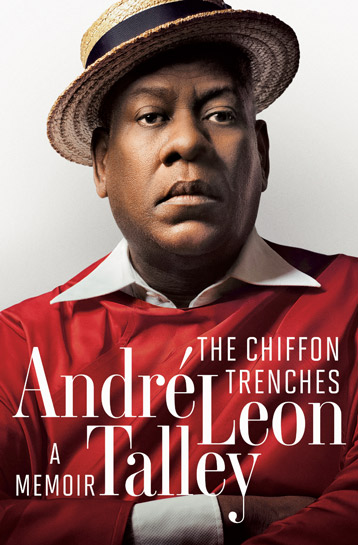 “As if she heard my soul crying out, I got a call from Mrs. Eunice Johnson, of Ebony magazine, asking if I would fly to Chicago and meet with her and her husband, Mr. John H. Johnson, scion of the Ebony empire,” writes André Leon Talley, former Creative Director and continuing Contributing Editor at Vogue, in his new bestseller 2020 memoir The Chiffon Trenches. The book touches on the author’s life from his youth in Durham, North Carolina, raised by his grandmother, and studies at Brown University (he holds an MA in French Literature), to his incredible journalism career starting in New York City. His internship at The Metropolitan Museum of Art Costume Institute, under legendary curator Diana Vreeland, led to work as an assistant with Andy Warhol’s Interview magazine, and to numerous prestigious editorial roles. It is the chapter, however, devoted to what Talley calls “one glorious year,” working with the late Mrs. Johnson, traveling to Paris couture shows with her and daughter Linda Johnson Rice (CEO of Johnson Publishing Company), that is considered here with reflection on an incomparable fashion journey and lifelong friendship formed by this dynamic trio.

“My mother read Women’s Wear Daily, the fashion bible if you were serious about the business,” says Johnson Rice, “and I remember she talked about André’s stories and told my father we needed to hire this fantastic man.” For Talley, timing was everything. He had just resigned from WWD, departing their Paris bureau, and returning to New York. As he writes in his book, “My family did not read Women’s Wear Daily at all, nor would they even know where to purchase that publication. But they all subscribed to and read the monthly Ebony, as well as Jet, a weekly publication that addressed the black community on a national basis.” 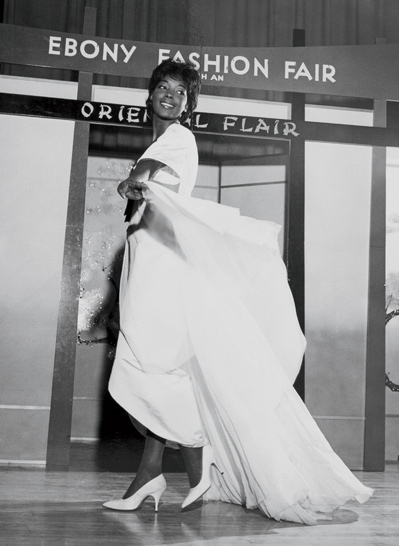 Model at Ebony Fashion Fair in the 1960s. Image courtesy of Hindman Auctions

Talley fondly recalls their flights abroad via the Concorde, hotel stays at the Plaza Athenee, fancy French cuisine dinners, and jaunts after to London, Rome, and Florence. “Mrs. Johnson treated me like family,” says Talley, “I never had a boss like her.” “That was my mother,” laughs Johnson Rice, “she knew what she liked and how she wanted it done, but she was never going to ask you to do something different from what she would for herself.”

When Talley joined in the ’80s, Mrs. Johnson was already a front row fixture at couture shows, a top client of European as well as American fashion houses. She sought theatrical runway looks that would translate drama and aspirational dreams on stage for the Ebony Fashion Fair, touring multiple cities throughout the United States from 1958 to 2009. “You have to understand that there was also a genius marketing component, not only fashion,” points out Johnson Rice, “every ticket sold benefited an African-American charity and included a magazine subscription, building our publication outreach.” Today, it is the meaning behind it all that sustains. Mrs. Johnson knew clothing wasn’t frivolous, rather it was foundational to giving black men and women a view of possibility, potential, and power. “My mother was a visionary,” says Johnson Rice, the same sentiments echoed by Talley, “this was Mrs. Johnson’s strength, she was a pioneer.”

A Southerner like Talley, Mrs. Johnson was born in Selma, Alabama, to a well-educated family, her father a surgeon and her mother a high school principal. She pursued multiple degrees in art, sociology, social work, and even sewing and tailoring. “There was a Picasso hanging in the living room and Mrs. Johnson would still go into the kitchen and bake her favorite pound cake,” recalls Talley, citing that “soul cooking” as insight to Mrs. Johnson’s ability to stay true to herself amidst any surrounding, or adversity. “She might purchase a jacket for over $50,000 from a fashion house, but not receive an invite to their party that evening,” recalls Johnson Rice, of the triumph her mother overcame by always recognizing that her job, like any other, had obstacles and conflicts to rise above. Mrs. Johnson paid upfront and in full with checks, whereas Talley comments “other patrons might ask for adjustments on the price tag or simply take an invoice to be billed months later. “I think she was able to see the forest beyond the trees,” states Talley, reminiscing about a story from the early ’70s when he worked at the Met and they needed funding to include entertainer Josephine Baker in the American Women of Style exhibition. Mrs. Vreeland, at Talley’s encouragement, wrote to Mrs. Johnson for financial support. “Within a week of the request, money arrived to cover the installation costs, no questions asked,” exclaims Talley, “Mrs. Vreeland couldn’t believe it!” “They had a bond, a simpatico, through a mutual respect and admiration of beauty,” says Johnson Rice, of her mother’s relationship with Talley. He knew she trusted and valued his eye, and furthered her connections to designers she frequented such as Yves Saint Laurent, Lagerfeld, Oscar de la Renta, and Stephen Burrows, among others. 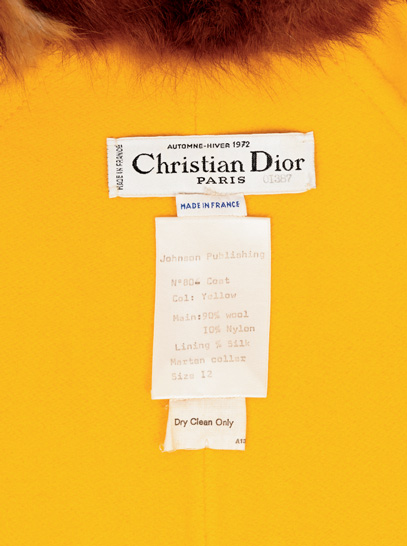 In Talley’s 2017 documentary, The Gospel According to André (now available on Amazon Prime and Hulu), he speaks of “aristocracy without being born into royalty,” no doubt the iconic Mrs. Johnson a fitting example. Talley’s upcoming projects include an idea for a third book, potential collaborations with Apple TV and Black Entertainment Television, and his valued partnership with the Savannah College of Art and Design where he was awarded an honorary doctorate and Lifetime Achievement Award in 2000, the latter later named in his honor. Johnson Rice is an Executive Producer in the film business now working on documentaries, the President of the Chicago Public Library, and on the Board of the Art Institute of Chicago (her mother was on the Women’s Board and her father a Life Trustee). Her daughter Alexa interned for Talley at Vogue a few years ago making the relationship truly multi-generational. “I remember attending the Pierre Cardin show in Paris with my mother and there was no seat for me as the little girl tagging along,” says Johnson Rice, “so they put me back where the models entered and exited, and I can still hear the “swoosh” of the fabric that I loved as figures strutted onto the catwalk.” The memory of that sound, perhaps a metaphor for the impact Mrs. Johnson and Talley, individually and briefly together, made loud and clear for the history of fashion, each working their way through, as Talley’s book appropriately titles it, The Chiffon Trenches.

The Chiffon Trenches is available locally at The Book Stall in Winnetka, 847-446-8880 and at Lake Forest Book Store, 847-234-4420. To learn more about the André Leon Talley gallery at SCAD Museum of Art, visit scadmoa.org.