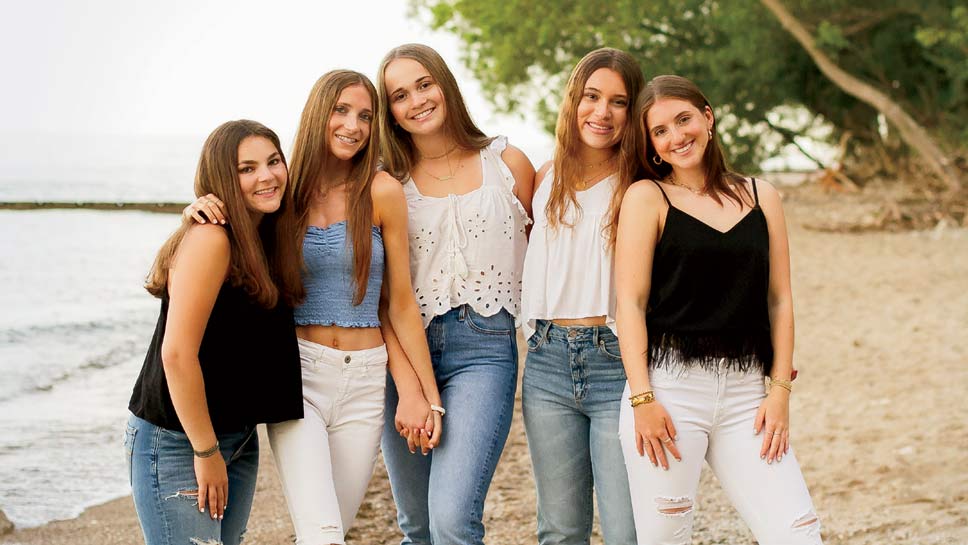 It all started in the Deerfield High School class honors business incubator. Classmates were assigned the task of solving problems they saw in their lives and turning that solution into a product. Samantha Feldman, Gabi Donenberg, Lily Zouber, Sarah Gertz, and Emily Slutzky, who make up the founders of Clasp & Co., were assigned to work with each other in a group. They all love playing sports and fashion and started talking about how the two intertwine. Specifically, the simple problem of tangled necklaces.

“We all live very active lives and taking on and off necklaces gets very difficult,” says Donenberg. “We decided to make our product solve this problem.”

The girls noticed, too, that other students had difficulty layering necklaces. The necklaces would flip around the front and get tangled in their hair.

It was at this intersection of fashion and simplicity that their idea for the two clasp converter, Clasp & Co.’s first product, came to fruition. In the class, which lasted their junior year, the group worked on the project every day. They turned their idea into sketches, and those sketches became prototypes.

“We eventually landed on a design, but one of the first challenges was to make the clasp magnetic,” Donenberg explains. “There needed to be a way to attach the necklaces so that they could be held separately.”

The idea attracted the interest of a mentor, Jordan Bressler, President and CEO of TSMGI Marketing Group in Deerfield. He connected the girls with a manufacturer overseas that could produce a prototype. After a few design changes, the two clasp converter was ready to hit the market in the late summer of 2018. 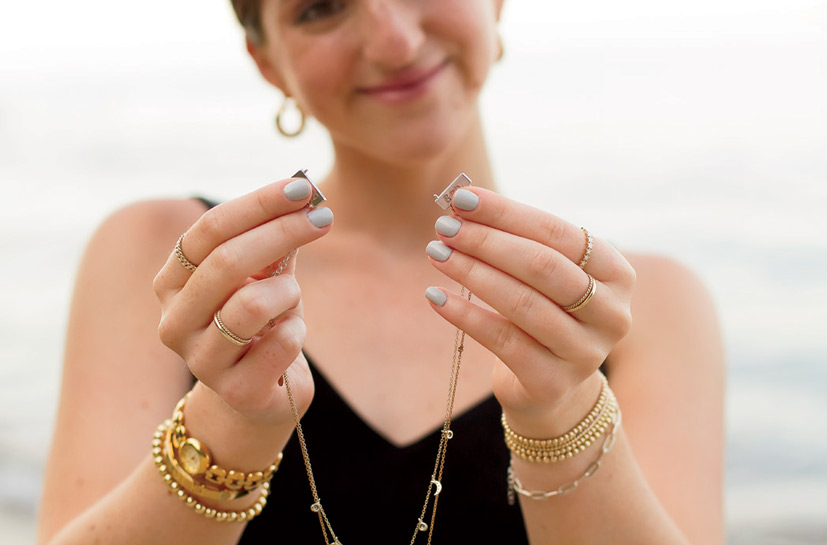 The girls organized themselves by their strong points into various roles. “Each of us has kind of taken on a different role within the process,” Feldman explains. Gertz and Donenberg took on social media duties. Zouber and Gertz handled the shipping. Slutzky oversaw the warehouse.

After they finished the design, the girls hit the pavement.

“We would go into different towns door to door and say, ‘Hi have you heard about our product before?’” Donenberg says. “We learned how to have a face-to-face connection with people and that was a lot better for us to tell our story.”

How did store owners react to them being in high school? They sold out of the two clasp converter and reordered.

“I think coming from that angle of being young female entrepreneurs was something people really enjoyed,” says Feldman. “It was difficult talking to store owners at first, but they started to take us more seriously because they saw that we had a solid foundation and a product we believed in.”

Clasp & Co. started to grow legs when the girls took their product to a local trade show and sold out of 300 pieces.

“After the trade show we had a lot of publicity,” Donenberg says. “And we were constantly working on our social media and website.” 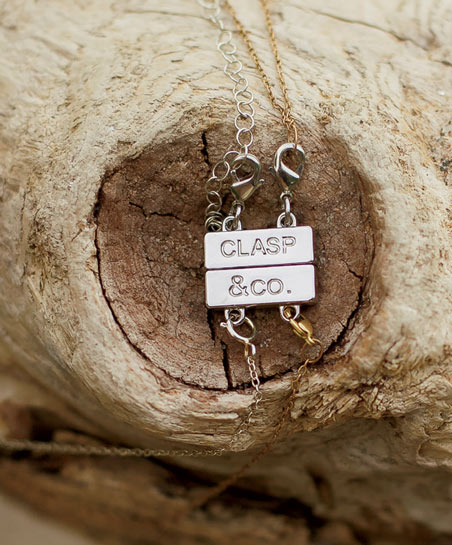 Clasp & Co. has also shown business savvy when it was tested by the pandemic.

“It’s very hard to get into new stores right now,” Feldman explains, “So we’ve been trying to advertise through social media and other platforms.”

They also formed partnerships with influencers on Instagram and ran giveaways.

“The pandemic has given us a real opportunity to focus on the social media and digital aspects of our company,” Donenberg explains.

Asked about the future, Clasp & Co. plans to use its adaptability to adjust for college. “We’re going to try to bring it to our college campuses,” says Donenberg.

“We’re hoping we can reach a whole new target audience and get into stores on campuses in different states.”

They also plan to expand their brand beyond one product.

“With Clasp & Co. we wanted it to be a brand and not just a product. So we’d definitely like to expand,” Donenberg notes. “We also hope that from what we’ve done we can inspire other young girls to get into business at an early age and chase their dreams.”