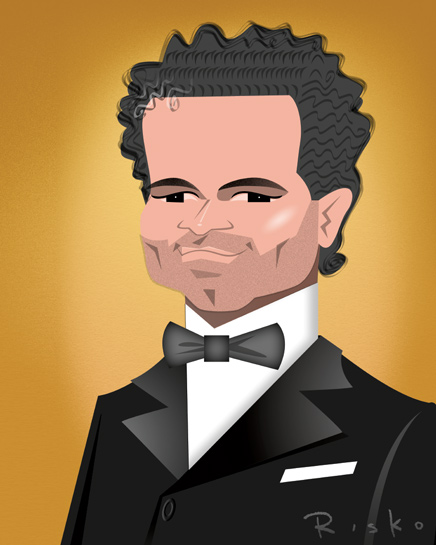 I’d like to think it’s not in my nature to talk about myself. I do, however, love it when people talk about the magazines— and for nearly 20 years, I’ve focused my energy on telling other people’s stories with the publications I created under the umbrella of JWC Media. And this month, as we celebrate 100 issues of Sheridan Road, I was asked to share the behind-the-scenes tale of how it came to be.

My wife, Kim Conatser, remembers some of the details better than I do. Even before we were married, she remembers seeing sketches and covers from many magazines taped to the walls of my studio. The decor probably felt like a museum with the type of furniture I had, but magazines from all around the world were literally everywhere—just everywhere. I saw what was possible and wanted to bring that level of elegance and luxury to the North Shore in a glossy magazine unlike anything that had been published here before.

The idea came to me shortly after launching my first JWC magazine, Forest & Bluff, in 2001. Those who know me well know that my path to the publishing world was not a traditional one. In fact, I struggled throughout my youth and high school education with dyslexia. I couldn’t always make sense of the written word through reading, but as a result of that obstacle, I fell in love with another medium that I could understand— film. I used to say that I went to movies to learn about almost everything in my young life, and the experience was so powerful that I began making my own 8 mm films by age 8.

Clearly, I did not become a professional filmmaker, as I once thought I might. I did, however, find a love for magazines and became a publisher to creatively tell stories with beautiful still pictures and art. Though I did end up making one independent film later in life, I like to think that I make mini-movies every month through the pages of the four magazines we produce at JWC Media— including Sheridan Road—which officially launched in 2006.

While Forest & Bluff was successful and is still going strong, I knew from the beginning that I wanted Sheridan Road to be different. For this magazine to be successful, I had to find a way to speak to the entire North Shore in a way that tied them all together. Every town needed equal representation so even when it came to the title, I found common ground in the name of the esteemed thoroughfare that connects our communities from Wilmette to Lake Forest—none other than Sheridan Road.

The reaction to that first issue was off the charts. My cover of Suzanne Melges grabbed everyone’s attention, along with a lot of advertising contracts. She was photographed in fur, which was a risk, but I believed in my recipe. Sheridan Road turned out to be everything I hoped, and more. I am especially excited that Suzanne Melges is also on the cover of this issue—the 100th.

Today, we’re up to about 200,000-plus readers each month with Sheridan Road alone, and that template was used to create similar magazines in Barrington and in Hinsdale and Oak Brook. With those magazines, plus our weekly newspaper, The North Shore Weekend, JWC Media is now the largest publisher in Illinois north of Chicago.

I approach the words and images that go into each of my publications with a cinematic vision, but truly rely on the great team of editors, writers, and artists that have come along for the ride with me. These last 100 issues of Sheridan Road have also brought our readers tales of legendary North Shore personalities and residents, from inspiring philanthropists and business pioneers to celebrated artists like John Hughes. I find it exciting to think about all the new stories still to tell and the new business relationships to form in the 100 issues to come.

I’ve truly made more than my share of mistakes along the way, but have also been very fortunate in business, and many of my advertisers have become close friends. In fact, during the current Coronavirus pandemic, I have remained closely connected to many of the businesses that have partnered with me over the years, and we have found ways to work through this together. That all said, I would be a fool to take the credit, for it has always been God. He has always been the reason for my sustainability.

Recently turning 50, I was asked about my legacy, and what I hope it will be. But as I mentioned earlier, it’s not my legacy; it’s yours. I’m just telling stories through pages of words and photographs. However, if I’m ever truly blessed to leave an actual legacy, I hope it’s similar to the story I heard about Lake Forest’s Mr. Armour, who once gladly responded to a passenger seated next to him on a plane, who asked him what he did: “I tell people about Jesus and sell a little meat on the side.” That’s the real secret ingredient to everything in my life.

Thank you for being a part of these 100 issues!