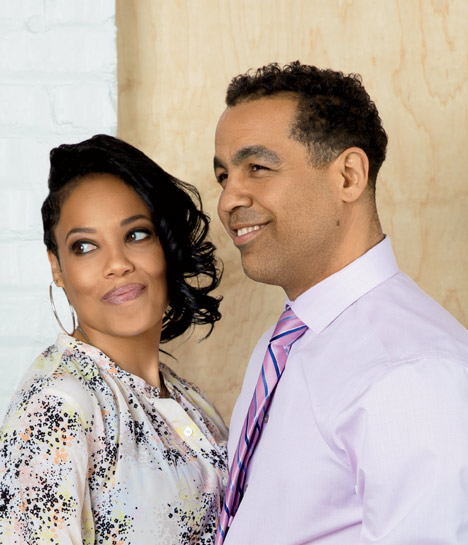 With a 15-year commitment to wellness, inspiring scores of North Shore men, women, and teens to achieve their fitness, nutrition, and lifestyle goals, TONY AND SHAI DUNCAN opened a sparkling, state-of-the-art, Paul Konstant-designed gym, BODY SCIENCE PFT, in Kenilworth on Green Bay Road. Here, this power couple who exude positivity towards life, their team, devoted clients, their family, and each other share their favorites, underscoring their wide-ranging interests from history and philosophy to motivational and spiritual reads to old and new school music.

Tony dives deep into history, philosophy, spirituality and quantum physics. Recent books include Ethnic America, by Thomas Sowell, who is an American economist and social theorist; Sapiens: A Brief History of Mankind, by Yuval Noah Harari, an Israeli historian and philosopher; Breaking the Habit of Being Yourself, by Dr. Joe Dispenza; and The China Study, by Dr. Colin Campbell, an American biochemist who specializes in the effect of nutrition on long-term health. Shai is currently loving inspirational reads including The Secret: Manifesting the Law of Attraction, by Robert A. Byrne; The Power of Prayer, by R.A. Torrey, one of the most influential evangelical speakers of the late 19th and 20th centuries; and The Law of Attraction Collection, by Esther and Jerry Hicks.

Music that energizes and touches the soul is perfect for Tony and Shai, and this includes ‘80s one hit wonders, ‘70s funk, old school R&B, and Motown classics. Their Spotify shuffle features everything from Chaka Khan and Aretha Franklin to Anthony Hamilton and Bruno Mars. Music is a must at Body Science PFT where they curate playlists to get clients moving and motivated.

They soak in everything they can from social media and mobile apps. Wired to Facebook, Instagram, and Twitter, this duo keeps up with a huge network of family, friends, and clients as well as the latest in fitness, sports, news, and social issues. In addition to Facebook, Instagram and Twitter, Tony’s go-to includes Ted Talks, Anthony Robbins, WNPR, Nutritionfacts.org, YouTube podcasts, CNN, and the Bleacher Report while Shai favors Pinterest, Instagram (her favorite) and a variety of blogs, especially those that are fashion- and trend-focused.