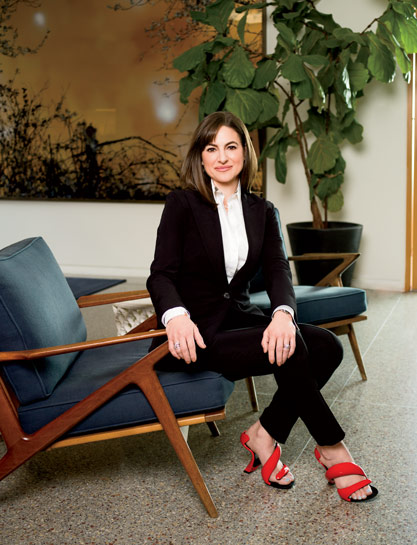 To elevate and expand these conversations, Légère, along with co-founders Angela Braly and Kathryn Hubbard, established The Policy Circle.

The organization’s vision is that “women across the nation are connected and engaged in their communities, openly sharing their views, and taking a leadership role in public policy dialogue on what human creativity can accomplish in a free market economy.” Its mission is to inform, inspire, and develop community leaders.

Round table discussions, held in living rooms, community rooms, and corporate board rooms throughout the country, are designed to empower women to become more vocal in public policy dialogue and civic engagement within their community, their state, and their country.

Since 2015, The Policy Circle has grown to over 3,200 members in more than 320 Circles in 40 states and 3 continents. Based on organic networks of women, it is one of the fastest-growing national organizations empowering women to gain the knowledge and confidence to become policy leaders.

According to the organization’s website, The Policy Circle provides a fact-based, nonpartisan framework that inspires women living in the same community to connect, learn about, and discuss public policies that impact their community. In a time of crisis, The Policy Circle becomes a forum to inform and drive local engagement.

While there is no pressure to be an expert on topics and no lobbying or discussing social issues, the organization encourages members to become educated about policy and issues. Before discussions, women read briefs detailing the influence of specific policies across the nation, then discuss how those policies influence their own local and state governments.

Born and raised in Gatineau, Québec, Canada, Légère is fluent in both French and English and earned an undergraduate degree in Management Information Systems from the University of Ottawa, Canada, later earning a Master’s in Computer Science from Northwestern University.

Her wide-ranging professional pedigree reflects her interests, with more than 20 years of experience working in technology, process, and change management for Accenture, TD Ameritrade, and JP Morgan Chase, Légère also has had entrepreneurial experience as co-owner of a bicycle shop outside Chicago, and developer of an App for people with developmental disabilities.

Through this lens, she brings a perspective on small business, tech, and corporate issues. Above all, “I’m a mother—and that shapes everything,” she says.

That’s also true for Légère’s high powered co-founders of The Policy Circle. Co-founder Angela Braly serves on the Board of Directors of Brookfield Asset Management, Inc.; ExxonMobil; Lowe’s; Procter & Gamble; and the Indiana Economic Development Corporation. Braly, the former Chair and CEO of WellPoint, Inc., today known as Anthem, has been named to the list of the most powerful women in both Forbes and Fortune.

Policy Circle co-founder Kathryn Hubbard, co-founder of the Bridges of Understanding Foundation, a nonprofit, non-political organization dedicated to fostering better understanding between the United States and the Arab world. She also serves on the Board of Trustees of DePauw University and chaired the Nominations and Trusteeship Committee; the Board of Trustees of the American Federation for Children and the Board of the Choice Charitable Trust, a foundation which provides scholarships for low-income students to attend private schools. In 2006, she was appointed by President George W. Bush to the J. William Fulbright Board.

What lies ahead? “We hope to see continued growth as The Policy Circle encourages women to step out of their comfort zones to achieve their own goals as community leaders in the U.S. and beyond. We also plan to incorporate Millennial women, to help mentor them and build their networks,” says Légère. “At the end of the day, we want to ignite those fires within women, to ensure that everyone has a voice.”