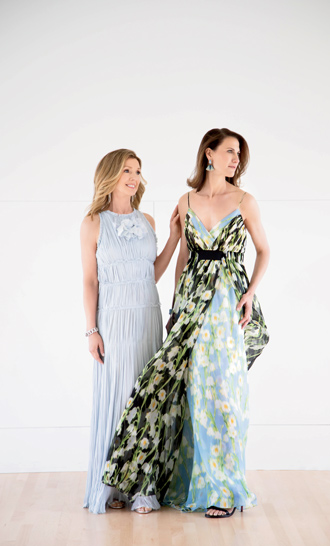 In 1952, the Boys & Girls Clubs of Chicago hosted its inaugural Summer Ball at Arlington Park’s Post and Paddock Clubhouse with 500 of Chicago’s notable leaders in business and philanthropy coming together to benefit the city’s most economically challenged neighborhoods and most disadvantaged families.

The event endures today under the leadership of the Boys & Girls Clubs of Chicago Woman’s Board, which last year held its 70th Anniversary gala in support of and dedication to the nonprofit. Since the end of World War II, the Woman’s Board has proven to be a powerful force in Chicago’s philanthropic community.

The members of the Woman’s Board are strongly committed to a hands-on approach, with the boys and girls of Chicago by offering unique opportunities for Club members to experience the best of Chicago’s arts and culture and supporting Club members as they contemplate their futures and go on to college.

Two very dedicated Woman’s Board members, Caroline Burns of Winnetka and Cynthia (Cindy) Chereskin of Chicago, will take the reins this year as co-chairs of the 2020 Summer Ball, which has been postponed to November 14 at the Four Seasons Chicago. The event has a long and colorful history, and they are excited to put their own spin and mark on the gala.

“We both love fashion and were inspired by what’s happening in Paris, so you’ll see that style come through,” says Burns, who has been on the Woman’s Board for seven years. “While we hope that it’s fresh and sophisticated, it’s also going to be very much about the kids and about raising money for an amazing organization.”

Adds Chereskin, who is a nine-year Woman’s Board member, “The true meaning of why we are getting together to celebrate is the children. We strive to help them lead fuller, richer, and safer lives.”

Founded in 1902, the Boys & Girls Clubs of Chicago’s mission is to enable all young people to reach their full potential as productive, caring, responsible citizens. Serving nearly 20,000 youth ages 5 to 18, Boys & Girls Clubs of Chicago works to provide members with the emotional, educational, physical, and cultural resources that allow them to enjoy their childhood and to thrive in adulthood.

Both Burns and Chereskin had upbringings that inspired their ongoing commitments to philanthropy. Originally from Sycamore, Illinois, Chereskin recalls fundraising from an early age through church and following her mother’s lead to help disadvantaged families during the holidays with meal deliveries and Christmas gifts.

“Even in the small town I grew up in, I could see there were children who did not have the same means as I did,” says Chereskin, who has also been involved with the University of Chicago Cancer Research Foundation for 22 years. “Then after getting married and having children of my own, I realized how many children do not even have their basic needs met and I wanted to help in any way that I could.”

Burns has been similarly influenced by her family, who taught her early on about the importance of giving back. Burns’ mother, Linda Gantz, has been an active member of the Woman’s Board for 32 years, and Burns first went to the Summer Ball as a teenager.

“Growing up, you know your mother a certain way, so it’s been amazing to get to work with her now and see her in this new light,” says Burns, who has already instilled the same sense of purpose in her own three children. “I admire my mother’s passion so much. A big part of my involvement is wanting to carry on her legacy.” 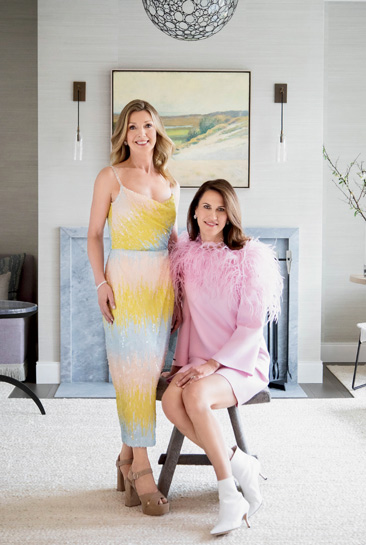 This year’s gala will celebrate the contributions of Boys & Girls Clubs of Chicago visionaries Karen Z. Gray-Krehbiel and the late Kim White, who passed away in January. White founded the organization’s Share Chicago program, in which Boys & Girls Clubs youth have the opportunity to participate in enriching experiences together with Woman’s Board volunteers, like seeing a performance at the Joffrey Ballet or learning about their city at the Chicago History Museum.

Former Woman’s Board president Gray-Krehbiel, celebrating her 30th year on the board, is one of the long-standing stewards of the scholarship program that has, to date, granted more than 100 scholarships and awarded in excess of $4.5 million in funding. Members of the Woman’s Board firmly believe that support of Chicago’s at-risk youth does not end at high school graduation.

“These women have given so much throughout the years,” says Chereskin. “The Board has amazing leadership with compassionate and purposeful women who have become great friends. Working with Caroline has been absolutely delightful. As with most things in life, working on something substantive gives you great self-fulfillment but being able to do so with others creates a deep sense of community.”

Burns concurs, “I made a lifelong friend in Cindy and feel wonderful about what we are accomplishing.”

The two women prove why one of the city’s oldest black-tie galas is still its greatest.