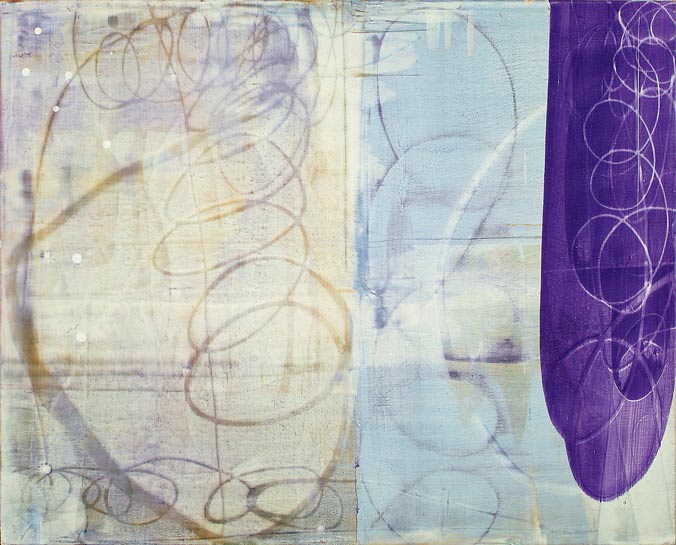 Years ago, Tübingen, Germany-born artist Bernd Haussmann began planning for a large-scale art show in New York, where he’d showcase vertical six-foot by eight-foot paintings. One series in the show, “Open Heart,” explored Haussmann’s emotions after his father’s heart operation, and the paintings featured an abundance of red. The show opened a week after the September 11, 2001, terrorist attacks.

“Everyone said, ‘How did you know?’ But I’m not a psychic,” says Hausmann. “I’d been working on the show for a year and just painted what I paint. A painting paints itself. It’s not the artist. The artist is only the tool, so whatever is channeled through the artist, I try not to control. Everybody either loved the series and thought I had this foresight or hated it because they thought I was jumping on the bandwagon of pain.”

That said, Haussmann describes his art as a medium to learn about both himself and the world, exploring gesture, color, and texture in paintings on metal, acrylic, glass, wood, canvas, and paper that mimic the effects of time, temperature, and the environment on surfaces. Exhibiting both nationally and internationally, Haussmann embraces the dialogue with his audience and the inclusion of the environment into his work. 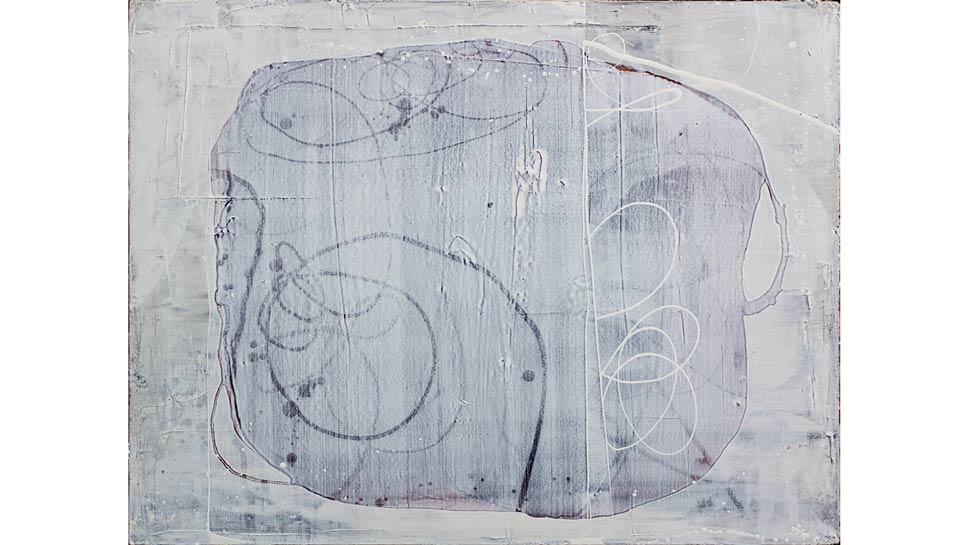 He first became interested in art—or rather, creative expression— at a young age, after realizing the limitations of certain forms of language.
“I got creative, as kids do, which was just the beginning of what we’d now call creativity,” says Haussmann. “Of course, a kid would not call it that. It’s just what they do. You’re able to create freely, openly, and innocently as a child because you aren’t limited by an agenda or worried about people liking your art or liking you. You play without thought.”

Haussmann believes the language of art is more open than other forms and is oftentimes about sharing experiences. The biggest dilemma visual artists have, he says, is to try to translate their experiences and connections to the spoken language. 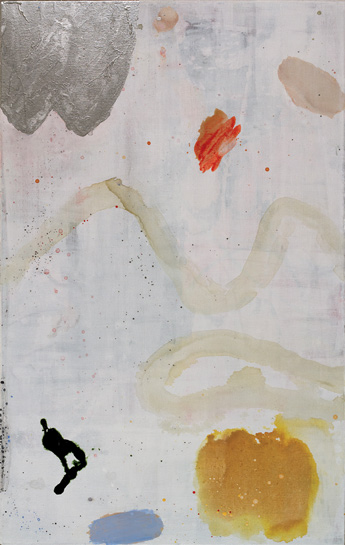 “If I go for a walk and see a mushroom, it’s only when I’m able to be still and mindless later that I can absorb the experience,” says Haussmann. “Things like color, the soft surface, and the rounded shape begin to emerge, and then I want to make a painting of the sensation of that mushroom but not an identical reproduction.”

Haussmann explains that when he later shows the finished product to someone, they become a key ingredient in the art and bring their own experiences to the viewing, connecting with what speaks to them in the painting. “There’s nothing similar in any other language, especially the spoken word,” he reveals. “Art becomes art when you don’t think about it.” 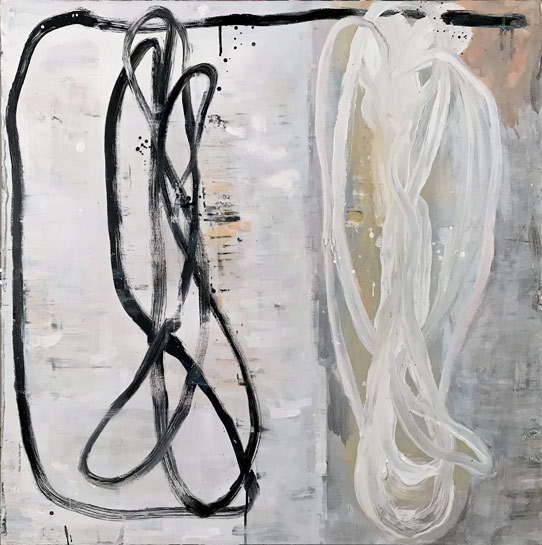 For those reasons, Haussmann has never surrendered to a particular style, even though art school encouraged him to find an identifying voice because the art business responds well to being able to classify one’s work.

“You learn to hit the audience over the head with who you are as an artist until they get it, but I don’t feel comfortable with that,” he explains. “I make art to learn more about myself, what I am and what my job could be in the world. There is learning we are not taught in school, that doesn’t fit into the conventional way of learning, like how to get rid of your conventions and to be open, alert, curious, and brave.”

Even so, Haussmann also enjoys the exchange with fellow artists and students. He has been a mentor and educator at Lesley University, the Art Institute of Boston, and at the New Hampshire Institute of Art. Since 2014, he has been offering courses at the Truro Center for the Arts at Castle Hill, Truro; the Provincetown Art Association and Museum, Provincetown; and the Montserrat College of Art, Beverly.

“I opened my studio many years ago for artists to come in and show me their work,” says Haussmann. “Everyone is a teacher and a student at some point, but the artist needs to be both always. I’m not interested in helping someone sharpen their pencil but rather sharpen their mind.” 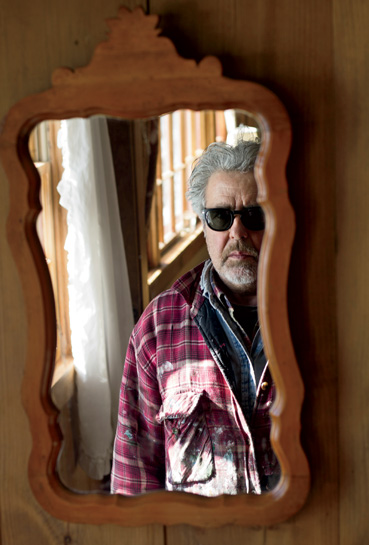 Although Haussmann divides his time between the North Shore of Boston and western Maine, where he feels most comfortable and where he also works with his wife, Anne, on a 450- acre nature project, he continues to share his work at various exhibitions. To keep his own mind sharp, an upcoming show at contemporary art gallery Anne Loucks Gallery in Glencoe will feature a mix of mediums and a variety of series. Haussmann, however, refers to each series as a “story” and says a gallerist is always a “translator.”

“What you will see is hopefully an interesting glimpse into what I do,” says Haussmann. “In my career, I have intentionally closed doors that would have meant more fame and more money, but that’s not relevant to what I do. Art is life and life is art. It’s not a job and not hard to do when close to your heart.”

Like in 2001, Haussmann once again opens his heart out of love for art and its audiences.

Bernd Haussmann’s anticipated exhibition is scheduled to be on view at Anne Loucks Gallery in Glencoe from May 29 – July 31. For updated information, visit loucksgallery.com.