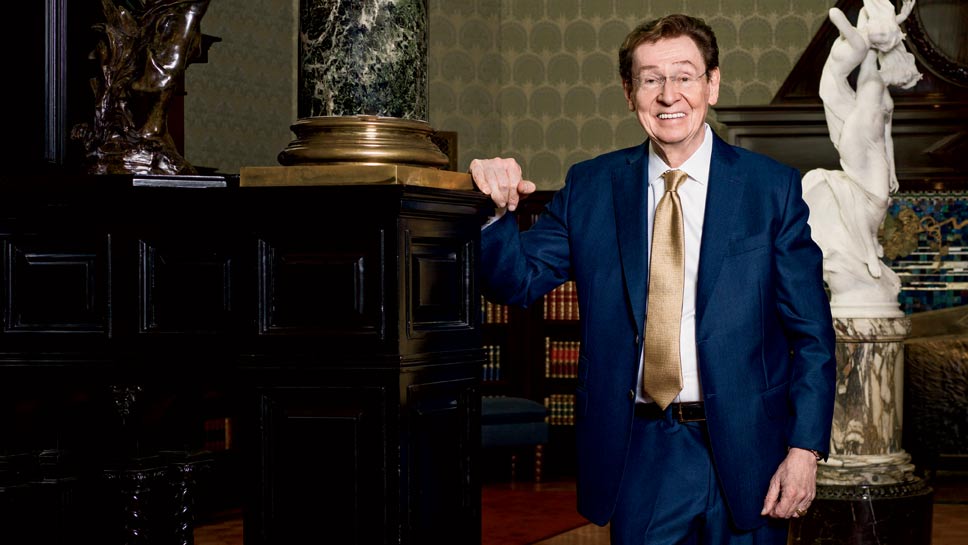 Lifelong Chicagoan Richard H. Driehaus—a renowned investor, entrepreneur, and philanthropist—grew up in a middle class Irish Catholic neighborhood on the city’s southwest side under the watchful eye of his parents, Herman and Margaret, and a slew of nuns. Both his parents and the sisters instilled in Driehaus the importance of hard work, honesty, curiosity, and giving back, values that have guided Driehaus throughout his life.

One evening in 1955 with nothing to do, Driehaus began flipping through the Chicago Daily American and discovered a page with corporate names, numerous columns, and numbers showing fractional changes. He was 12-years-old and had just discovered the stock market.

Driehaus began reading the financial pages regularly. Two of his favorite columnists, Sylvia Porter and Sam Shulsky, both liked Sperry Rand. In the summer of 1957, with money he’d earned from a local newspaper route and from wheeling and dealing with his collection of rare coins, he purchased his first common stock—20 shares of Sperry Rand.

Even though that early taste of the market did not earn the dividends he’d expect today, Driehaus took his mother’s advice to “investigate before you invest” to heart and he later cultivated a well-earned reputation for posting top investment results and for building an enduring boutique investment management firm in Driehaus Capital Management.

Just one year after opening his eponymous firm in 1982, Driehaus established The Richard H. Driehaus Foundation, which seeks to improve the built environment, enhance arts and culture, strengthen democracy, and advance economic opportunity.

“Philanthropy, in a sense, is a form of inquiry and a way of learning about the world,” says Driehaus. “Like investing, it requires strategic thinking, judgment for innovation, and tolerance of risk.”

He’s been a vocal advocate for the application of humanistic values in the built environment, which is grounded in the belief that design can make a community stronger and give it more pride, hearkening back to his roots in the Brainerd bungalow of his childhood.

“Richard is possibly the only philanthropist who understands the power of ‘home,’ and he believes in the importance of our work, which helps low- and moderate-income homeowners stay in their homes, care for their families, and protect what is often their only financial asset,” says Mary Ellen Guest, executive director of the Chicago Bungalow Association (CBA), a Driehaus Foundation grantee under the Built Environment portfolio. “It is no exaggeration to say that CBA would not exist without Richard’s investment in our organization.” 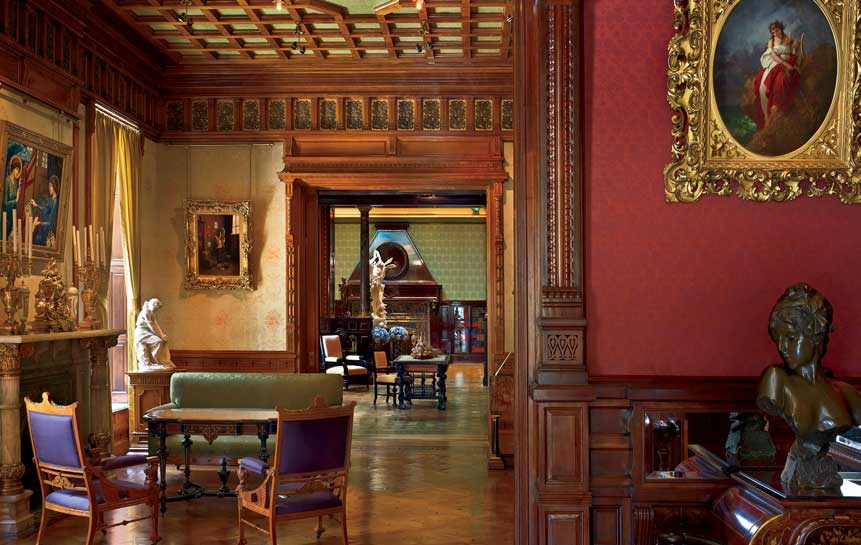 Driehaus personally put these ideals into action in the restoration of three significant properties: the 1883 Gilded Age Samuel Mayo Nickerson Mansion, which now serves as The Richard H. Driehaus Museum in Chicago; the 1886 Richardsonian Romanesque Ransom Cable Mansion, headquarters for his business in Chicago; and the 1906 Georgian-style estate built by Norman W. Harris in Lake Geneva, Wisconsin.

All feature pieces from Driehaus’ collection of decorative arts from artists like Tiffany and the Herter Brothers along with French Art Nouveau objects from Alfonse Mucha and Toulouse-Lautrec. Not content to simply live with the fruits of his labor, Driehaus loves to share the wealth.

When he noticed a group of bystanders admiring his personal residence, he flung open its doors and gave the shell-shocked visitors a private tour.

“Richard is an intellectual omnivore, as proved by his range of philanthropic interests,” says David Greising, president and CEO of the Better Government Association, a Driehaus Foundation grantee. “He recognizes his incredible good fortune in life—an earned one—and wants to share that so others can build their own successes.” 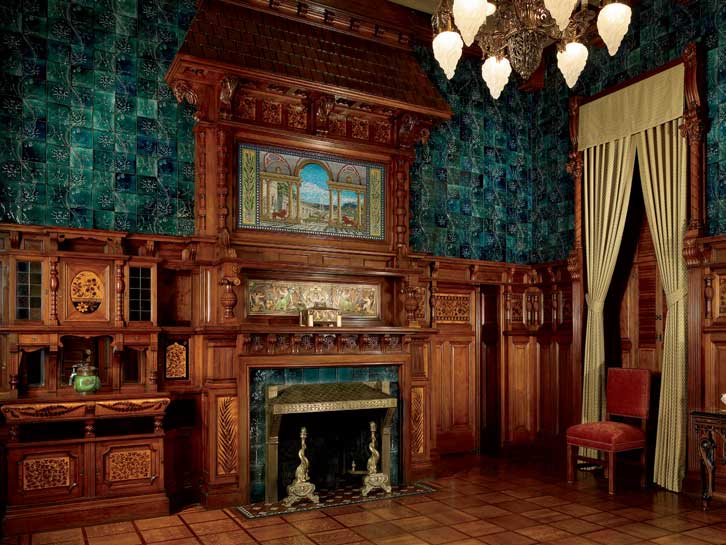 A private and inherently humble man, Driehaus has been recognized for his broad philanthropic support, but he’s also charitable in many other quiet, untold ways.

“When his letter arrived requesting $1 million, I was stunned. I had to set it on my credenza where it sat for several weeks. I was not inclined to meet the request. But a short while later, when my mother said she didn’t want anything for Christmas, I had a flash of inspiration. I would make the donation in her name for Christmas. Helping restore Old St. Pat’s Church was a priceless gift for her.”

Having grown up in the Catholic faith with Christian values, Driehaus appreciates the significance of a Catholic education. Over the years Driehaus continues to make contributions to his alma maters, including DePaul University, St. Ignatius College Prep, St. Margaret of Scotland, and the School Sisters of Notre Dame, in recognition of their contributions to his success.

By working solely with organizations and causes he’s passionate about, Driehaus ensures the funding he offers is not merely transactional. Many of the Foundation’s grantees are long-term relationships, although Driehaus and his team are always open to funding new organizations that reflect its priorities. In fact, it’s what keeps him going.

“Organizations often talk about ‘friends,’ but Richard moves beyond categorization,” says Michael Lykoudis, Dean of the University of Notre Dame School of Architecture, where the $200,000 Richard H. Driehaus Prize has been awarded since 2003 to a living architect whose work embodies the highest ideals of traditional and classical architecture in contemporary society and creates a positive cultural, environmental, and artistic impact. “His determination, intellectual fluidity, and commitment to beautiful ideas have taught me much and I believe to all who know him as well.”

If he has learned anything, Driehaus notes, it is that there is no one right way to give back, but it’s important to keep doing it. When asked about his legacy, Driehaus recalls the words of Winston Churchill, “We make a living by what we get. We make a life by what we give.”

Consider those words to live by instead.