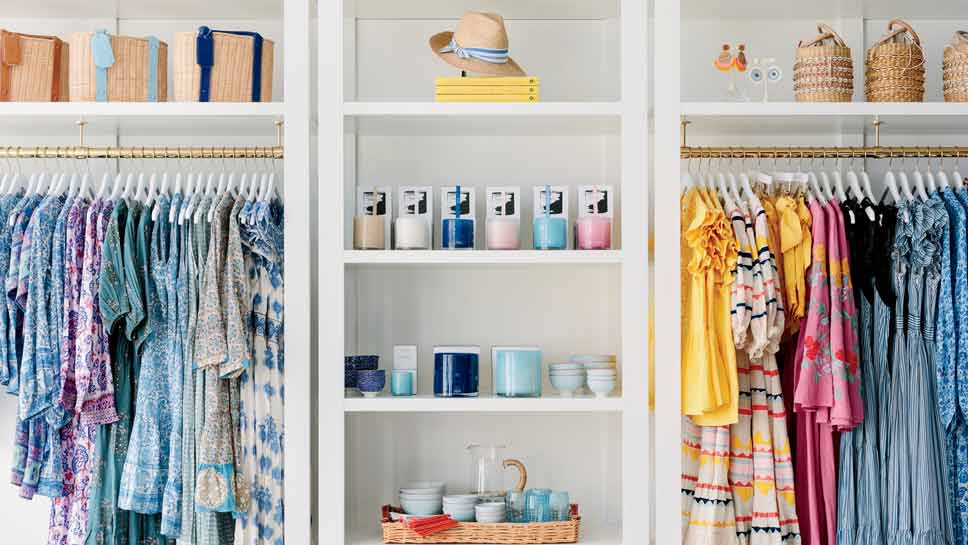 North Shore women looking for classic style with a twist of provenance can count on an upbeat new fashion outpost in Winnetka: Bunny & Babe. This fresh and modern retail shop, named for two American style icons, Bunny Mellon and Babe Paley, is infused with their essence and interpreted with the refreshing eye of owner Peyton Merrill.

Bunny Mellon was best known as a gifted gardener with royal means, infallible taste, and her confidante—and client—Jacqueline Kennedy. Reportedly, it was President Kennedy who, over lunch in Cape Cod, requested that Mellon redesign the White House Rose Garden. Mellon’s decision to anchor the Rose Garden with four magnolia trees—one placed at each corner of the garden—was considered a grace note, given her ethos that “nothing should be noticed.” 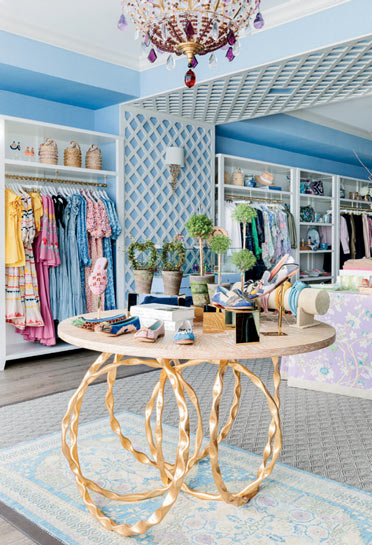 A classic flavor is featured throughout the boutique, nestled in a retail enclave on Chestnut Street in the middle of the bustling village. With neapolitan collection just across the way, a stone’s throw from Winnetka’s quintessential Frances Heffernan, and just doors down from Valentina and the modern a t h e n e, Bunny & Babe’s arrival makes Winnetka’s Chestnut Street what Oak Street is to Chicago. 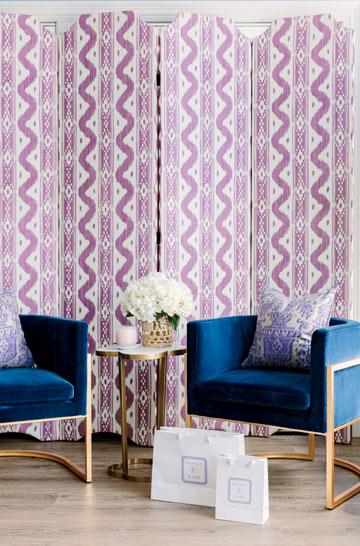 Bunny & Babe offers a breath of fresh fashion air, with the interior marrying shades of blue, lavender, and pops of leopard. Complete with a cocktail cart, bedecked with crystal lowballs and comfy chairs, the sitting area has a homey, inviting vibe, perfect for trying on resort wear and smart sundresses for destinations from Palm Springs to Palm Beach, while mulling over hair scrunchies crafted from vintage Hermès scarves and curated giftware and home goods. 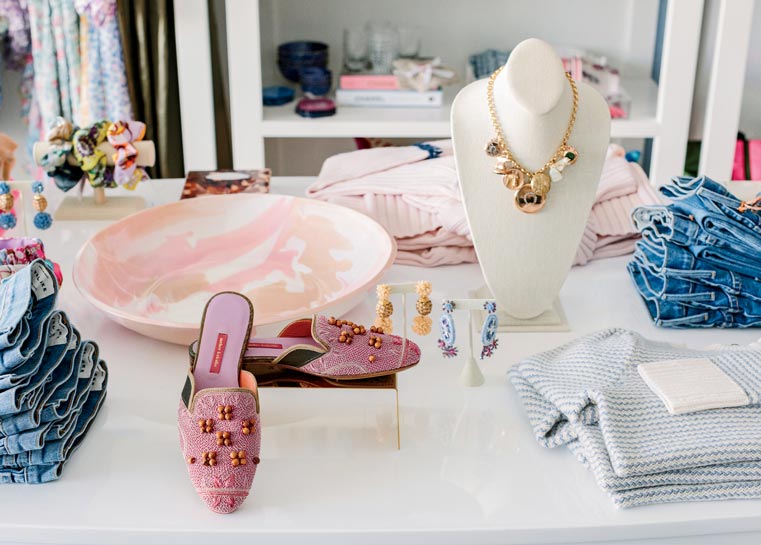 The shop’s look and feel is the work of a cheerful collaboration between Merrill along with Cindy Galvin of Bardes Interiors along with contractor Rutledge Smith and Michael Hershenson Architects. This partnership, well-honed through past projects, was a true meeting of the minds, leading to elevated design elements including surprisingly high ceilings, emitting natural light illuminating the handsome inventory. Portraits of Bunny and Babe are showcased with white trellis detail covering an archway, along with featured topiaries, a nod to Bunny’s world-renowned gardening.

“I would say the whole process from start to finish took me about a year. I did a lot of research on brick and mortar stores and boutiques and discovered that there was a lot of evidence supporting small boutiques surviving in this current market,” says Merrill. 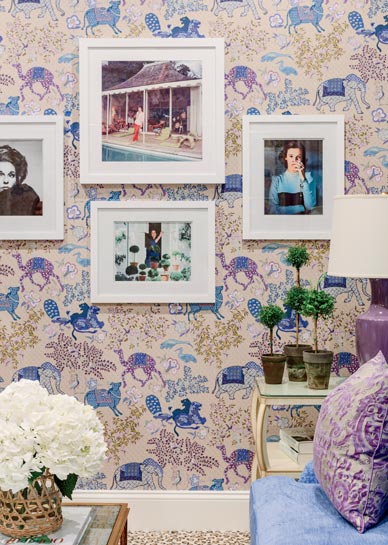 With a desire to invest both resources and talent to enhance the retail footprint in Winnetka, Merrill says, “Personally, I love to  shop locally. There is a lot to be said for customers wanting to touch, try on and feel the clothing they are buying. We will be super focused on providing the best customer service and keeping up with that immediate gratification that women want today,” she continues.

Inspiration for the space included Aerin Lauder’s boutiques in East Hampton and Palm Beach, with the goal of delivering a light, happy, and stylish customer experience.

A mother of three children from middle school to college, Merrill’s husband Topher grew up in Winnetka and the two met at Roanoke College in Virginia, where Merrill majored in history. For their first five years of marriage, the pair lived in London where Merrill’s taste and appreciation for design continued to evolve. 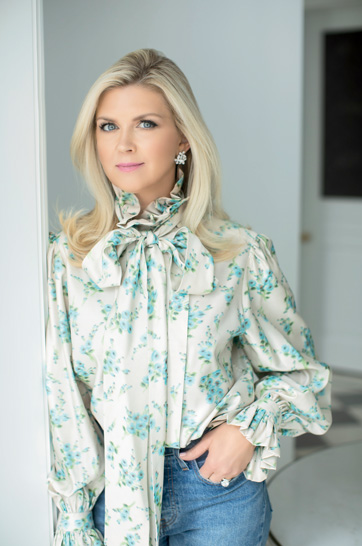 The daughter of an artist and advertising agency owner, Merrill credits her mother as her original design and color inspiration. Merrill’s early career included professional stops at retail giants Ann Taylor, J.Crew, and Thomas Pink in visual merchandising. Merrill decided the time was right—personally and professionally—to embark on opening a retail store in her hometown.

“I decided to open Bunny & Babe once my two older kids were away at school, as I have been waiting for the right time to jump. I have always wanted to open my own business and my wheelhouse is retail. I saw the need for that middle of the road, advanced contemporary price point for women’s ready to wear in Winnetka and decided to give it a shot,” she says.