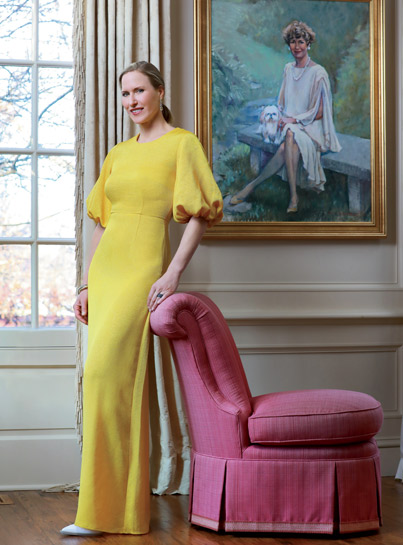 In October, event co-chairs Sarah Potter, Leslie Gantz McLamore, and Missy Kedzior began planning for The Woman’s Board of Northwestern Memorial Hospital’s annual Chicago Antiques + Art + Design Show opening night benefit party. The preview party was originally scheduled for May 14 but as a precaution during the COVID-19 outbreak, it has been postponed until October 2020. The co-chairs are continuing to plan and will have additional time to make the event more fun and fabulous.

“We complement each other,” says Winnetka’s McLamore. “Both Sarah and Missy have the creative vision, and I enjoy the behind-the-scenes management.” Adds Kedzior, who has been on the Board for nearly 20 years, “I really just love to throw a party and now that the formalities are in place, we have time to work on the fun part.” 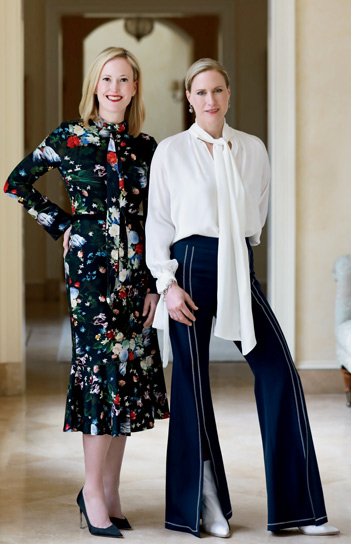 The preview party will offer serious collectors the opportunity to shop the Show—featuring over 70 premier exhibitors presenting fine antique furniture and decorative and fine arts on the seventh floor of the Merchandise Mart, before the Show opens to the public. VIP ticket holders will enjoy cocktails and a lecture with the party’s honorary chair, architect Margaret Cavenagh, Studio Gang’s Principal of Interior Architecture. 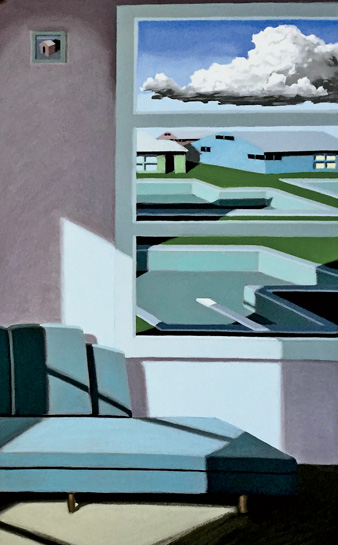 Cavenagh joined Studio Gang when Jeanne Gang had just been awarded the commission for the Aqua Tower. As employee number 10, Cavenagh helped to grow the Chicago practice at the firm, which now has 130 people in four offices. Cavenagh will talk about her work, which extends architectural building concepts into the interior, and discuss Studio Gang projects both past and current. 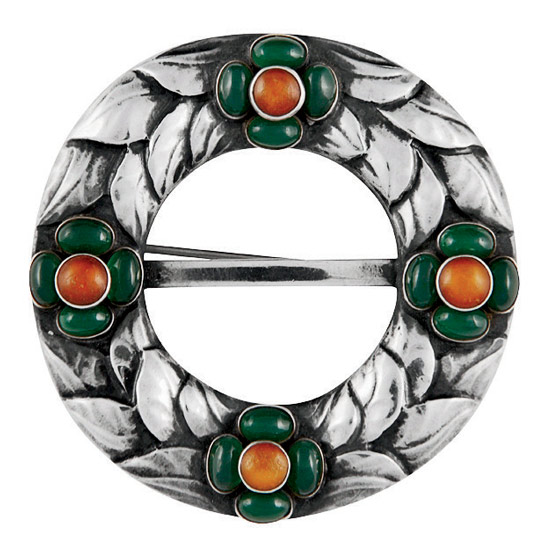 Proceeds from the opening night party benefit programs and patient care initiatives supported by e Woman’s Board, including the Board’s recent commitments to fund support for the EDGe Program, the Early Detection of Genetic Disease, for genetically-detected cancer patients and their families, as well as the study of collaborative mental health care in Northwestern’s primary care clinics in Chicago. rough these projects, The Woman’s Board is helping to improve the range of patient care initiatives. 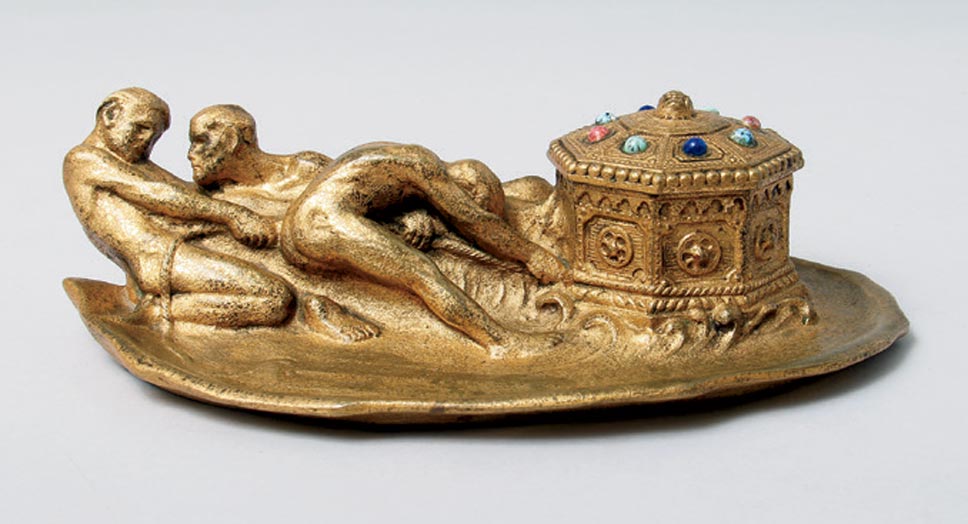 Now in its third year, the three co-chairs will put their own spin on the much-anticipated preview event. “We want to make it our own,” says McLamore. “Honoring a female architect who has spent her entire career in Chicago is a bit of a change from the interior design focus of the past. Margaret has a broader point of view and, in my opinion, will be equally interesting to both male and female guests that evening.” To further the appeal, the chairs have arranged a cigar roller and whiskey tastings.

McLamore says her commitment to philanthropy began with her parents, Wilbur (Bill) and Linda Gantz.

“Growing up, I saw how much joy charitable work brought to my family,” says McLamore. “As I’ve gotten older, charitable work has become my responsibility too and I want my children to understand that it’s rewarding to give back.” 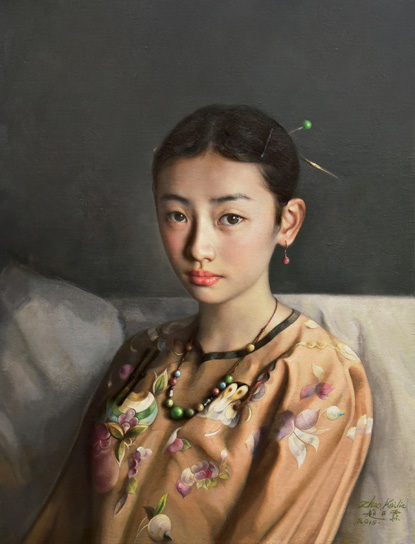 McLamore goes on to explain that her parents have streamlined their focus to two specific organizations in the last decade. For Linda, it’s the Boys & Girls Clubs of Chicago and, for Bill, it’s the Field Museum. McLamore, for her part, is following in her father’s footsteps by also serving on the Field Museum’s Women’s Board, while her sister Caroline Gantz Burns is a dedicated advocate for the Boys & Girls Clubs like their mother.

McLamore joined The Woman’s Board of Northwestern in 2012 because she valued the women who dedicate their time impacting the hospital as well as the City of Chicago. What’s also special are the relationships forged on these boards that quickly become lifelong friendships between dynamic North Shore and downtown women. 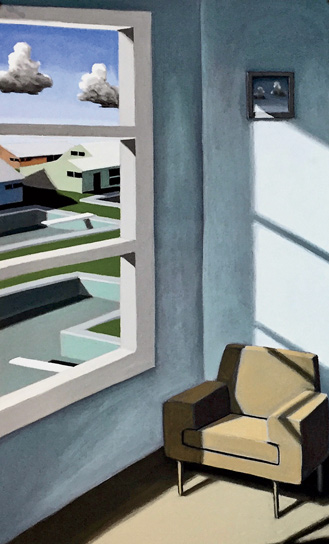 CAADS 2020 exhibitor Colm Rowan Fine Art of Philadelphia showing a pastel on paper “No One Belongs Here More Than You” by R. Michael Wommack (American born 1956)

McLamore also finds herself personally interested in design and is in the process of redecorating her home—something she jokes is “ongoing”—with a curated mix of old and new. She will be on the lookout for antique chests and standout art at the Show. “Of course, throw in some jewelry and bags, too,” she laughs.

Separate from the shopping at the Show, McLamore loves to frequent a t h e n e and neapolitan collection, dine at Mino’s in Winnetka, exercise at Unify Fitness in Glencoe, and is looking forward to an upcoming trip to San Miguel, Mexico for the “art and culture.” 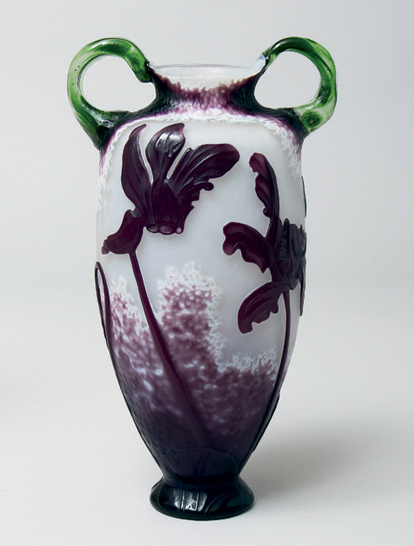 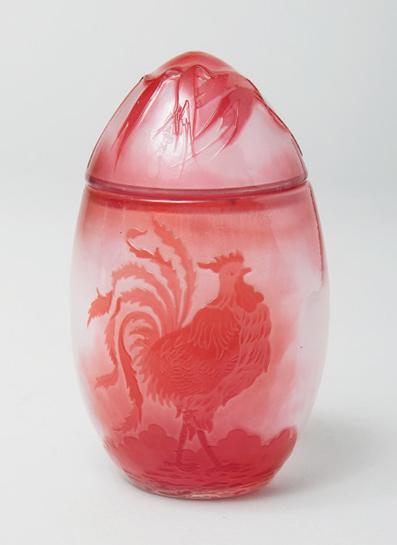 “Art and design are so personal and bring me joy,” she says. “At the preview party, I get to enjoy both while raising funds to expand patient care at Northwestern.”

For more information about the preview party of the Chicago Antiques + Art + Design Show and to purchase tickets, visit wbnorthwestern.org.