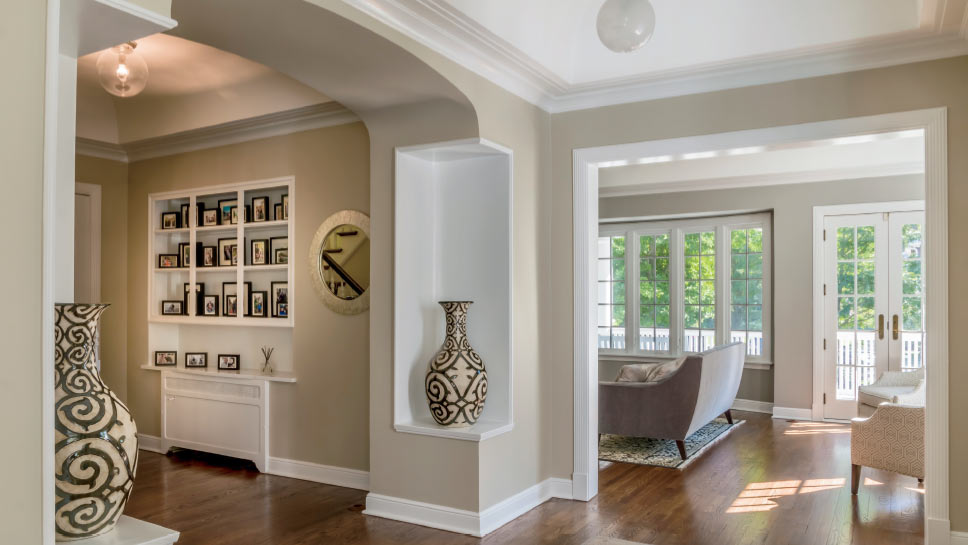 A young family breathes new life into one of Wilmette’s oldest homes with the help of Scott Simpson Design + Build—modernizing it for how families live today with a nod to the home’s rich history. PHOTOGRAPHY BY BRUCE VAN INWEGEN

With one small son and another on the way, Jeremy Hollis and his wife Amanda knew that their days of living in the city were numbered.

“We loved our life in Chicago, but once we had kids, we wanted things to be simpler,” says Hollis. “My wife’s sister lived in Evanston so we were familiar with Evanston and the surrounding area.”

Deciding to focus their new home search on East Wilmette, the couple found a house online that they had to see. “It was the only house we ever walked through,” Hollis says of the home they bought. “We knew it was what we were looking for.”

Surprising themselves, the Hollis family chose a grand, neoclassical home that was originally built in 1893. It is one of the oldest homes still standing in the neighborhood from this era. “We’re definitely not ‘old home’ people,” Hollis says. “We lived in a brand new condo in the city. But there was something about this house.” 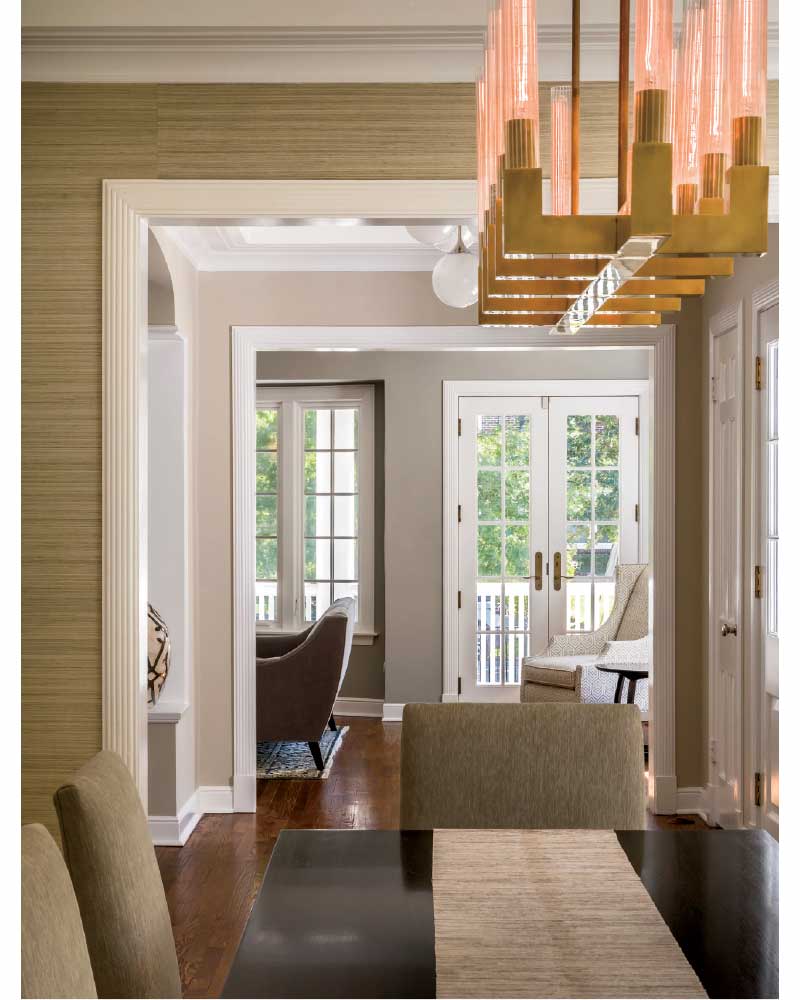 Having undergone several renovations over the years, with some of its largest transformations taking place in the last decade, the homeowners previous to the Hollis family engaged Northbrook-based Scott Simpson Design + Build to help them with a two-story addition on the north side of the home.

“We researched information on the original home using resources at the Wilmette Historical Society,” says Scott Simpson, a founding partner of Scott Simpson Design + Build. “From old plans, pictures, and on-site research, we were able to find the story in what remained of the original home to make plans that would respect the vision of the home’s first architect.”

Simpson and his team were mindful of the Greek Revival details inherent to the home when they added dormer windows at the roofline and commissioned hand-carved ionic-style capitals to top the deteriorated exterior columns. Though now supported by the modern conveniences of radiant heat and a top-of-the-line furnace, original features like a wood-burning fireplace in a second- floor bedroom continue to convey the charm of the 1800s. In 2008, this home received a Wilmette Historic Preservation Award because of the work that had been done to preserve this piece of the community’s history. 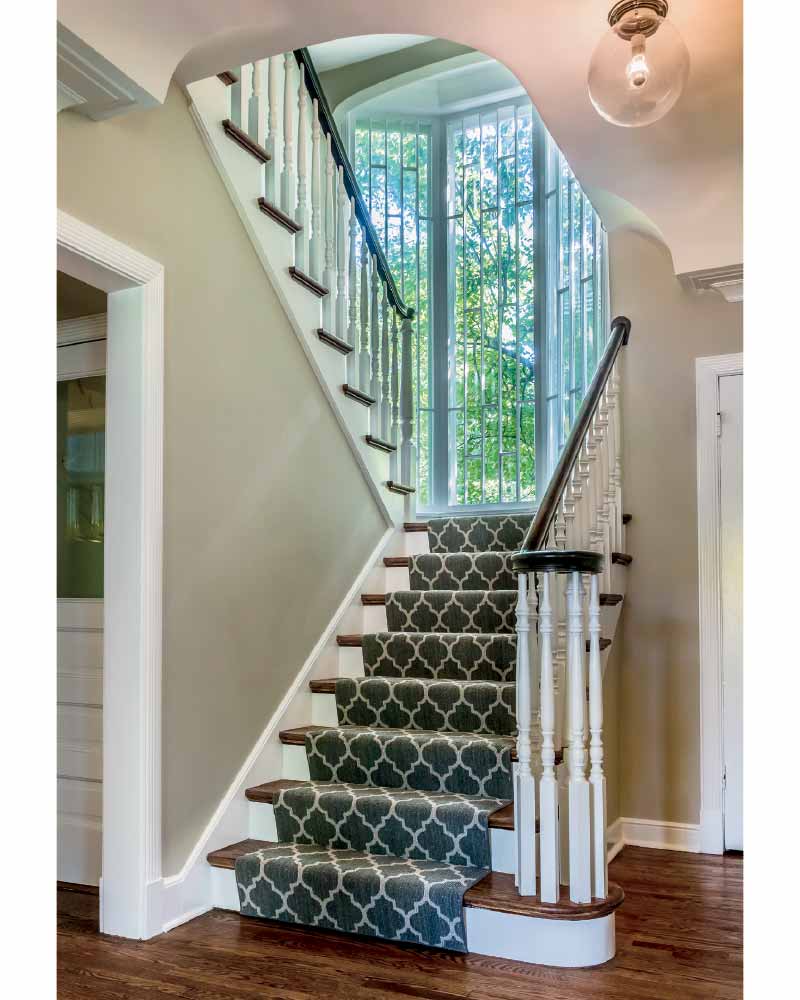 Now working with the Hollis family, Simpson, alongside his principal architect Amy Mangold and partner Thomas “TK” Kenny, has overseen the remodeling of the Hollis’ kitchen, a new mudroom, family room, master bedroom and bath, and a SoulCycle-inspired lower level gym that required significant digging under the Hollis’ home. The Simpson team also rebuilt the exterior entertainment porch, created the first fire pit in Wilmette, and laid a fresh bluestone and iron-gated front walkway. Additionally, the team replaced every window in the house—while preserving the original stairwell windows, and an oval window on the second level that was uncovered during construction.

“The oval window is a really cool story,” says Hollis, whose enthusiasm for his home is contagious. “We had to replace the siding on the exterior of the house. In some old pictures of the original home, we could see that there was an oval window on the southside of our home. Because we couldn’t see it any more, we just assumed it had been removed. But when Scott’s team took down the siding and drywall, they found this window from 1893, completely preserved—just covered up. We decided to restore it and today it looks great, just how the original architect had sketched it.” 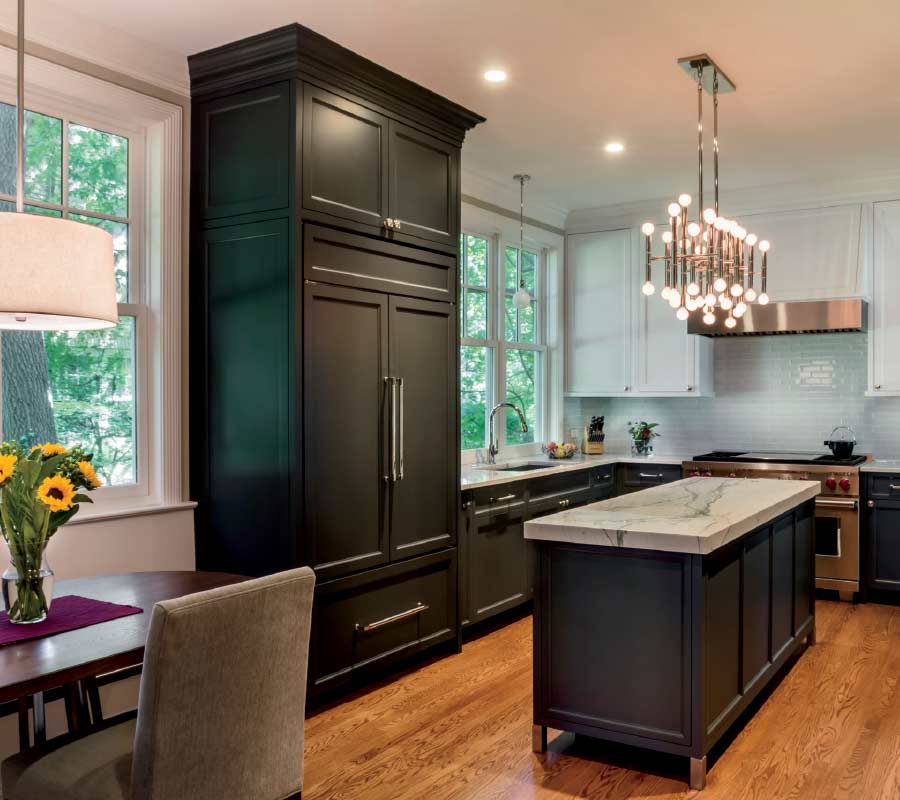 In addition to looking great, replacing and restoring the exterior of the home has helped the Hollis’ improve their house’s heating and cooling efficiency. “I’m a carpenter at heart—that’s how I started in this business—and if we can make the structure of a home better, I feel like I’ve done my job. It does cost a lot to tear off siding but if we can get in there and add more insulation, it is money well spent,” explains Simpson.

Today, the Hollis family has a new 3-car garage and an outdoor kitchen in the works with Simpson Design + Build. 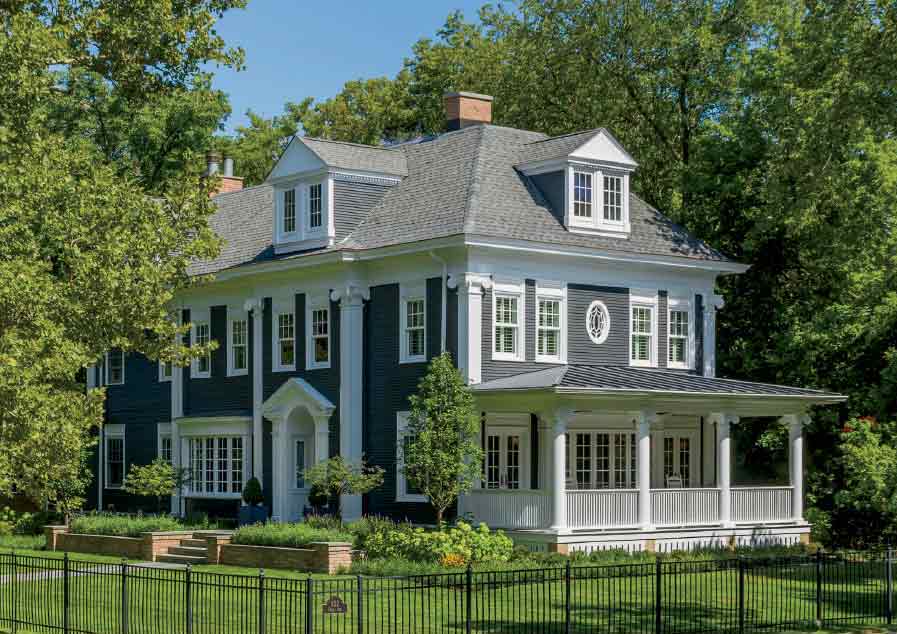 “We couldn’t be happier working with Scott and Amy,” Hollis says. “I don’t want to say that we’re demanding, but we might be a little demanding,” Hollis adds with a laugh. “They’ve been great partners allowing us to have input. I think we’ve always ended up with a product better than we could have predicted.”

“Jeremy and his wife are just the kind of couple we need to have buying these older homes,” Simpson adds. “They appreciate what it means to own a piece of history and they’re willing to do what it takes to make it work for their family. Jeremy’s passion for these projects has been exceptional. Amy said it best when she told Jeremy that his home is lucky to have such incredible stewards because that is exactly what his family is.”