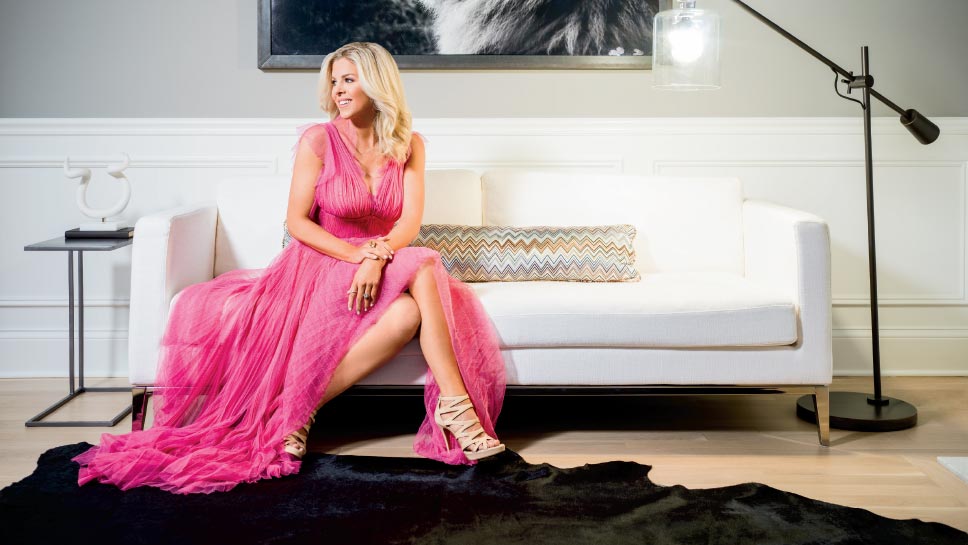 How Jayna Cooke is transforming the industry from the boardroom to the classroom. PHOTOGRAPHY BY FRANK ISHMAN // HAIR, MAKEUP & STYLING BY CONSTANTINE JAMES

In 2008, entrepreneur, corporate executive, and investor Jayna Cooke was responsible for generating 25 percent of online marketplace Groupon’s net revenue after helping launch various national and local sales strategies and closing deals with retailers like Nordstrom and Gap. Those smart deals changed the trajectory of Groupon—even helping the company capture the attention of Oprah, who made Groupon one of her coveted “Favorite Things,” further building on the company’s enormous buzz. Today, the company is valued at over two billion dollars.

Known as a growth hacker, Cooke intuitively harnesses data analysis and metrics to identify rapid growth opportunities, which is exactly the strategy she used to rocket Groupon to success. Prior to Groupon, she helped Echo Global Logistics grow from its inception to its public offering and, post-Groupon, Cooke served as CEO and co-founder of EVENTup, an online marketplace that helps companies find the perfect venue for events. During her tenure, she led the company to a successful 2018 acquisition within just four years.

Cooke’s ability to see the big picture and to problem solve has earned her a reputation as a skilled and in-demand advisor, and she was an early investor in well-known Chicago- based brands like Protein Bar, PopularPays, and Bucketfeet.

“There’s no shortage of great ideas to invest in right now, but I bet on teams that inspire me,” says Cooke. “When I’m looking at a potential investment, it’s less about the idea and more about the person and the team that’s leading it. Chicago has some of the hardest-working, honest, and purpose driven entrepreneurs in the world.”

That includes Cooke, who throws herself fully into every pursuit. In the last year and a half, she has added a new pursuit to her life: family. She and her husband Andy have two daughters—Sienna, who’s two-and-a-half, and Gigi, seven months.

Both have inspired Cooke to double down on her commitment to philanthropy. She’s a long-time supporter of St. Jude’s Children’s Research Hospital and is now the executive director of finance mogul Chris Gardner’s social impact foundation Permission 2 Dream. Gardner’s life story was memorialized in the 2006 film The Pursuit of Happyness starring Will Smith. The mission of Permission 2 Dream is to inspire underprivileged youth to dream big but also give them the tools they need to achieve their dreams. The foundation’s goal is to reach more than 100,000 students in 2020.

“Having kids, especially girls, has changed my perspective and reminded me that the people who are going to make the biggest difference in the world are the next generation,” Cooke says. “I’m lucky that I grew up with stability, so now I want to help people overcome the circumstances given to them, not created by them. We show students how they can do that.”

With Permission 2 Dream, Cooke is focused on funding sponsorships and year-round programming. Currently, the organization has a four-year, ten
million dollar proposal on the table, and Cooke says the best is yet to come.

Although Cooke and her family just moved to Winnetka in the fall for Andy’s job and to be closer to friends and family, this year she’s spent time in Boston, studying corporate governance at Harvard University in an executive education program.

“I’ve been in board meetings, served on boards, and reported to my own boards,” Cooke says. “But I never stop learning, and I wanted deeper education on how to effectively be on, and work with, boards for public companies.”

Cooke says she would “definitely” start her own company again and is always trendspotting as an investor. She wishes she had invested in Instacart and she recently eyed an investment in the try-before-you-buy space, a consumer trend that she believes has enormous growth potential.

“I do a lot of online shopping at 9 p.m. because it’s hard for me to get anywhere with two little kids,” says Cooke. “I needed a queen duvet cover the other day and bought three different kinds. I’ll return whatever doesn’t work. In the future, paying for one but getting to try the others will be a big consumer trend.”

After being the top sales person at Groupon, founding EVENTup and having it acquired by a major private equity firm, and now serving as the executive director of a foundation focused on making a difference in students’ lives, it’s easy to see that Cooke is passionate about solving big problems. And now, as a mother of two, she’s happy being someone equally valued at the head of a Girl Scout Troop as at the head of a boardroom.

“I read the Harvard Business Review and look at company filings and financial reports in my free time because I love using data to spot growth opportunities,” Cooke says. “I also take my kids to music classes and spend a little extra time inspecting blades of grass on long walks home from the park. I’m glad to be at a place where I can manage both.”

For now, Cooke is settling into the North Shore. You may see her and her family having dinner at Mino’s Italian or playing at Hubbard Woods Park or at The Book Stall. She’s working on decorating their new house and designing an outdoor space in time for summer.

“Living on the North Shore is a big change for us, and really, we’re just excited to raise our girls here and make an impact in the community.”